How Russia can destroy the NATO coalition in the Black Sea 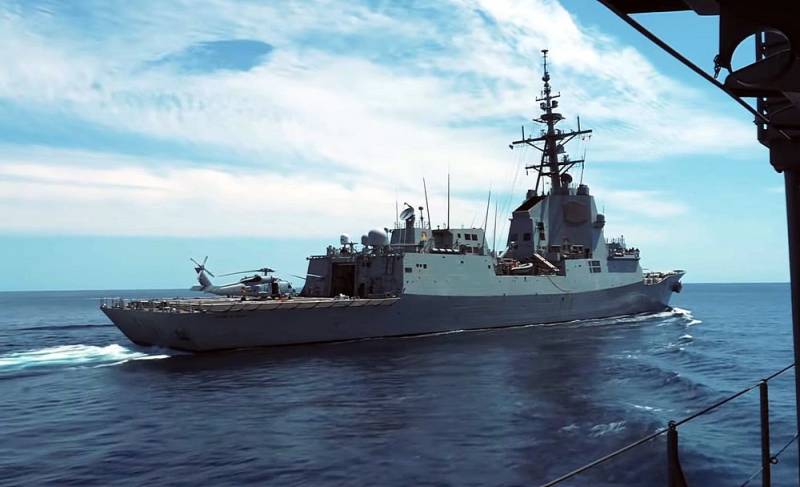 After the collapse of the USSR and the forced partition of the Black Sea Fleet with Ukraine, Russia for many years lost its status as the leading naval force in the region. There was a period when one Turkish fleet was several times stronger than the Russian Black Sea Fleet. Everything has changed in the last decade, especially after the return of Crimea to the Russian Federation. Western analysts are now re-calculating the scenarios of a possible "sea battle", and the results are not encouraging.


The respected Western edition of Forbes, usually associated with publications about the lives of the richest people on the planet, has recently taken up "hype" related to war topics, such as the transfer of American MLRS to Romania, and now it has begun to calculate scenarios of NATO's war with Russia in the Black Sea with the help of analysts from the American agency RAND, which is considered to be a private "branch" of the CIA. They conducted a training "war game", and its results were curious.

Today Russia possesses a rather powerful Black Sea Fleet, headed by its flagship, the missile cruiser Moskva, which has undergone deep modernization. Its striking base is made up of three "admirals" - frigates "Admiral Grigorovich", "Admiral Essen" and "Admiral Makarov", equipped with cruise missiles "Caliber", patrol ships "Pytlivy" and "Ladny", corvette "Zealous", small missile ships "Bora" and "Samum", "Vyshny Volochok", "Orekhovo-Zuevo" and "Ingushetia". Replenishment from the RTOs of the "Karakurt" project "Cyclone", "Askold" and "Amur" is expected. There are also six small anti-submarine ships of project 1124 M "Albatros / -M" and five missile boats of project 1241 "Molniya-1". In the ranks of the Russian Black Sea Fleet there are seven large landing ships, six low-noise diesel-electric submarines of project 636.3 "Varshavyanka" and one outdated "Alrosa". In addition, there are combat aviation, air defense and electronic warfare systems, coastal missile and artillery systems in Crimea.

It is a force to be reckoned with. Traditionally, the United States always counts on building an international coalition where it can stand behind its junior partners, helping them as needed. On the Black Sea, these are NATO countries: Turkey, Bulgaria, Romania, as well as Ukraine and Georgia aspiring to the alliance. But according to RAND's calculations, things may not turn out in the best way for them. The war game conducted was from 2020 to 2025. By this time, Moldova has already been absorbed by Romania, Georgia and Ukraine are still enemies for Russia. But the Black Sea alliance is not monolithic. Neither Tbilisi nor Kiev de facto have a military fleet, and they will not be able to create one in the next five years. The navies of Bulgaria and Romania are also not impressive. The only real power in the region is Turkey, but everything is complicated with her.

The Turkish Turkish Navy is represented by four Yavuz-class frigates, four Barbaross-class frigates, eight former American G-class frigates, six URO corvettes (former French B-type ships) and four Milgem-class corvettes of their own construction. The underwater component includes six Atylai-class submarines, four Prevese-class submarines and four Gyur-class submarines. At the same time, significant forces can be involved in other theaters: in Libya, near the disputed Greek islands, etc. If you exclude the Turks from the alliance, then a real coalition does not form. But how to do that?

RAND analysts believe that Moscow can bribe Ankara with deep cooperation in Syria, and Bulgaria - with gas discounts. The Kremlin can threaten Georgia with military exercises in Abkhazia and North Ossetia, Ukraine - by blocking the Kerch Strait for it. Romania can become a victim of some kind of information war. The agency came to the following conclusion:

Russian incentives, especially the promise to continue and expand cooperation in Syria, as well as potential losses due to the refusal of existing cooperation, made the Turks seriously think about the advisability of supporting the NATO group. Bilateral actions of the Turkish and Bulgarian teams on rapprochement with Russia are already bad.
The conclusion turned out to be somewhat discouraging, since it turned out easier for Moscow to destroy the anti-Russian alliance in the Black Sea by non-military means than to fight it.
Ctrl Enter
Noticed oshЫbku Highlight text and press. Ctrl + Enter
We are
"We must beat first": the geopolitical alignment around Russia is continuously deteriorating
Ten "defeats" of Putin
Reporterin Yandex News
Read Reporterin Google News
26 comments
Information
Dear reader, to leave comments on the publication, you must sign in.