"Tempest" weighing 100 tons: The Drive recalled the heaviest cruise missile in the world 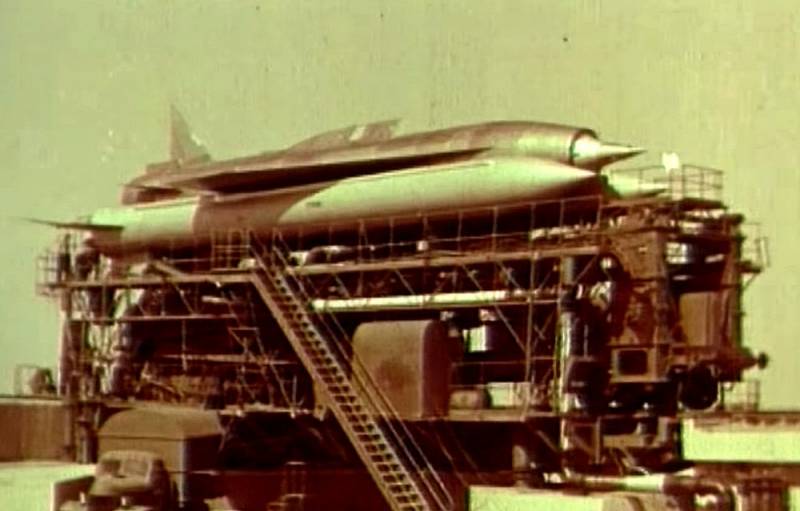 The growing arms race between the leading world powers goes back to the last century, when the post-war USSR and the USA divided spheres of influence on the planet and created weapons that amaze the imagination of their contemporaries. In this regard, the American edition of The Drive recalled the Soviet development of the 50-60s called "The Tempest", which became the heaviest cruise missile in the world - its mass was about 100 tons.


In 1956, the Soviet military adopted the first in the Soviet Union liquid-propellant single-stage medium-range ballistic missile with a nuclear warhead R-5M, known in NATO as the SS-3 Shyster. However, even with the direct deployment of these missiles in satellite countries, the R-5M with a range of about 1200 km could not hit many important targets, including the US Air Force bombers in the UK or in the Pacific. The Soviet industry was tasked with developing a missile system that would have an intercontinental range.

By August 1, 1957, several prototypes of the B-350 "Tempest" cruise missile were made, one of which on that day passed the first flight tests, which ended in failure. From 1957 to 1960, 19 test launches were carried out, 14 of which were successful. In a test conducted in March 1960, the Tempest covered a distance of about 6,5 thousand km before hitting a target with an accuracy of 10 km thanks to its astronavigation guidance system. Given the power of the nuclear charge carried by the rocket, the hit accuracy achieved was quite acceptable.


By 1960, however, Soviet intercontinental ballistic missiles had become a reality, and the mighty "Tempest" with ramjet engines became an anachronism. Despite all its technical power, it was potentially vulnerable to American air defenses due to its relatively low final speed. In a modified form, the Tempest was used to launch experimental satellites into orbit.
Ctrl Enter
Noticed oshЫbku Highlight text and press. Ctrl + Enter
We are
From the Volga to the Yenisei: the most powerful missiles of the future
Russia will give “Ukrainian space” a little more
Reporterin Yandex News
Read Reporterin Google News
3 comments
Information
Dear reader, to leave comments on the publication, you must sign in.