Possible war with China called a disaster for the United States 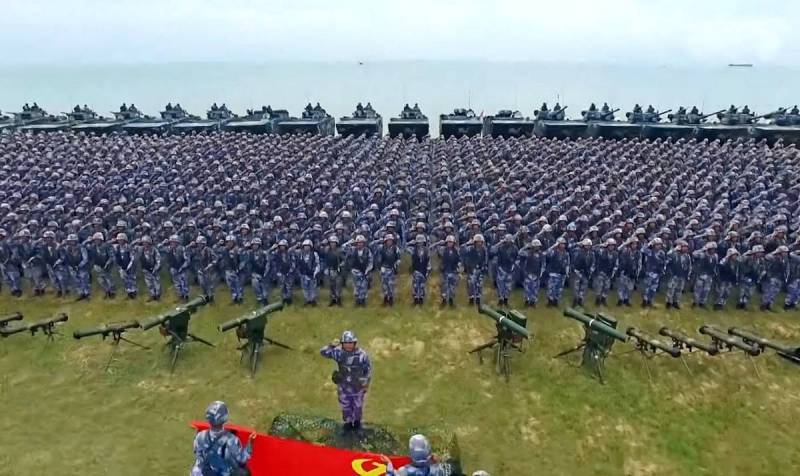 Recently, relations between Beijing and Taipei (Taiwan) have worsened greatly. Many experts have started talking about the proximity of the war in the Taiwan Strait. China has long claimed the island of Taiwan, considering it its integral part, writes the American magazine The American Conservative.


In the summer and fall of 2020, ordinary Americans were little interested in problems in the other hemisphere of the planet. But now they have learned with interest from the Taiwan media that for the first time in 40 years, US military personnel have arrived on the disputed island to conduct joint exercises with the local military. The Pentagon was quick to deny this information, but the sparks associated with this could portend a real possibility of a military clash between China and the United States over Taiwan.

There is a possibility that the conflict will begin in the coming months. But allowing Washington, in a somnambulistic state (related to elections), to be drawn into a major military conflict with China would be a landmark failure for US diplomacy. Moreover, for three main reasons at once: military, historical and strategic.

The likelihood that China will conquer Taiwan in just two weeks is extremely high. The island is located just 90 km from the coast of China and 6 thousand km from the United States. Therefore, Beijing can use just colossal forces. As a result, the American contingent will be destroyed. The Chinese will attack the island with all their firepower and the war will end. They spent decades practicing the landing in Taiwan. Now Beijing has a fleet, aircraft, MLRS and a huge number of other weapons.

Some experts believe that all US forces, including nuclear weapons, need to be deployed to save Taiwan. It would work against the poor of the Philippines, but we are talking about China - a rising superpower with large resources and a reliable rear.

In addition, there are a number of objective reasons for canceling the 1955 Treaty of Alliance with Taiwan. Taiwan officially became part of the Chinese province of Fujian back in 1684, i.e. a century before the American Revolution. But in the period 1895-1945 he was under the occupation of Japan and fought against China.

In 1950, US President Harry Truman announced that Washington had no "predatory plans for Formosa (Taiwan) or any other Chinese territory." True, after that, Taiwan successfully turned into a US protectorate. But after the Vietnam War, Washington was smart enough to remove all of its nuclear weapons from Taiwan. Therefore, the return of the US military to Taiwan will be a return to the Cold War.

Taiwan still calls itself the Republic of China and US intervention will lead the Americans to become involved in the Chinese civil war. In 1949, supporters of Generalissimo Chiang Kai-shek and monarchists who fought the communists hid on the island.

US intervention would be a disaster for Washington, draining the American coffers and creating a lot of problems. China is not an aggressive country. Beijing has not resorted to large-scale use of force in over 40 years. He created only one foreign military base. If it comes to war with China, Taiwan will be a bad position for the United States, the newspaper concluded.
Reporterin Yandex News
Reporterin Yandex Zen
13 comments
Information
Dear reader, to leave comments on the publication, you must sign in.