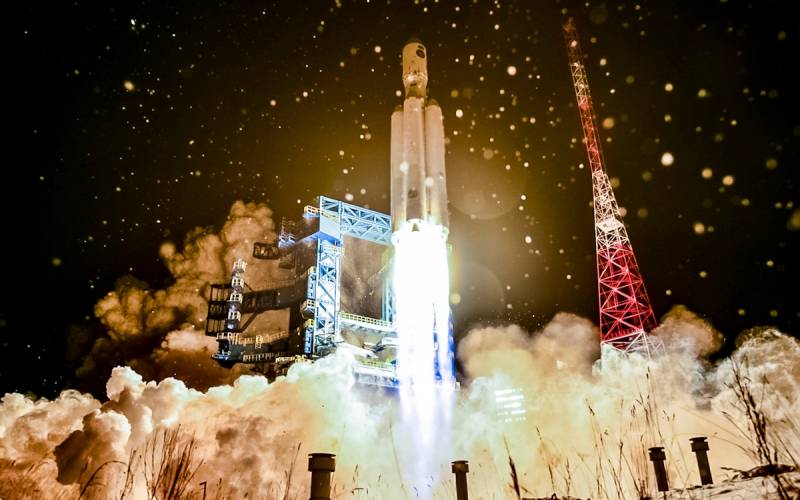 The day before, a significant event for the national cosmonautics took place. The launch vehicle (LV) of the heavy class "Angara-A5" was successfully launched into orbit for the second time, which caused genuine delight from the head of "Roscosmos" Dmitry Rogozin. What explains his such an emotional reaction?


In his Twitter account, Dmitry Olegovich, with clearly pleasant surprise, as if winning a box of expensive cognac on a bet, wrote the following:

She's flying, damn it !!!
The official's joy after a series of scandals and troubles around the state corporation he heads can be understood. I would very much like to hope that an ordinary, in general, event will complete the black line at Roscosmos and become the beginning of the white one. What opportunities are now opening up for the national cosmonautics?

At first, Russia is closing the hole that formed after the cessation of production of "Protons". The old Soviet launch vehicles were reliable workhorses, but their main problem was the use of toxic heptyl as fuel. Kazakh friends issued astronomical bills for any accident that polluted their territory. As a result, a fundamental decision was made to transfer the infrastructure to Russia, as well as to stop the production of engines for Protons. By 2025, our country could be left without heavy launch vehicles at all.

The Angara missile family was created to replace them. Instead of toxic fuel, they use the environmentally friendly oxygen-kerosene vapor. The launch vehicles themselves are modular and are designed to replace those previously created in all main classes: Angara-A5 - Proton-M, Angara-A3 - Ukrainian Zenit, Angara-1.2 - Cyclone-2/3 and "Cosmos-3M". At the same time "Angara-A5" surpasses its predecessor in terms of carrying capacity. Now she needs to start flying actively, two successful launches are clearly not enough. They must pass from six to ten in order to reliably provide the rocket with orders. The first client will be the RF Ministry of Defense, which needs to launch reconnaissance, navigation and surveillance satellites into geostationary orbit.

Secondly, a heavy launch vehicle can be used to create a national orbital station to replace the drowned Mir. The ISS was in many ways a political project that recorded the collapse of the bipolar system and the hegemony of the United States, and it has almost served its purpose. Currently, the Americans are promoting the project of a lunar station, the Chinese are promoting their own orbital station. Russia alone runs the risk of being left with nothing, or joining other people's projects in secondary or even third roles. Roscosmos simply cannot create Mir-2 without its own heavy-class launch vehicle.

Third, "Angara-A5" can theoretically be used in the exploration of the moon and deep space. The United States has heavy Falcon-9 and Delta-IV Heavy for these purposes, and a super-heavy carrier SLS is on the way, which will be able to deliver from 95 to 130 tons of payload to the reference orbit. China has a heavy launch vehicle Changzheng-5, which can launch up to 25 tons into orbit, and is also designing a super-heavy Changzheng-9, which will be capable of delivering 133 tons to the reference orbit and up to 50 tons to the geostationary one. The capabilities of "Angara-A5" to reach the Moon in comparison with competitors are still clearly not enough, the carrier rocket can put 24,5 tons into low-earth orbit.

First, it will be necessary to create a version of the Angara-A5V with a cryogenic booster, to bring the Orel spacecraft to mind, and also to prepare launch pads at the Vostochny cosmodrome. The Russian manned lunar mission itself, due to limitations on the power of the launch vehicle, will be four-launch. However, taking into account the sequestration of the Roscosmos budget, this is a completely distant story.

In conclusion, I would like to note that it is useless for the head of the state corporation to publicly marvel at the fact that something else is flying in the economy entrusted to him. This beats the reputation of Roscosmos, if Dmitry Olegovich himself does not understand this.
Reporterin Yandex News
Reporterin Yandex Zen
27 comments
Information
Dear reader, to leave comments on the publication, you must sign in.