The Hague Tribunal for Russia: Kiev itself risks being in the dock 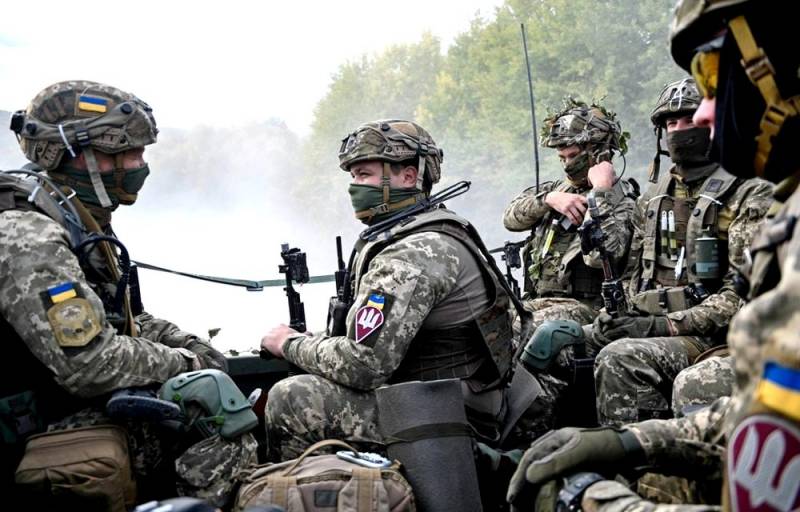 The statement of the International Criminal Court (ICC) about its intention to open investigations into the events of the conflict that has been going on in eastern Ukraine since 2014 was received with real jubilation in Kiev. Still would! After all, the authorities of the "nezalezhnoy" in their time made so much effort to "bring Russia before the Hague Tribunal."


But upon closer examination of the issue, it turned out that the euphoria that gripped the Ukrainian "patriots" on this occasion, to put it mildly, is somewhat premature. The case may not turn out to be the side on which they are counting. The Hague justice may well "come out sideways" by itself. And, most likely, it will come out ...

How Ukraine outsmarted itself

Let me remind you that the International Criminal Court located in The Hague was once established to investigate such egregious things as genocide, persecution of certain groups of people for political or ethnic reasons, war crimes, mass repressions and the like. Naturally, crimes against humanity committed in the zone of armed conflicts fall under its jurisdiction, as a rule. However, back to Ukraine. I must say that the local policy and statesmen literally bombarded the ICC with requests to "sue" the "Russian aggressors" and "separatists", appealing there about a dozen times.

As a matter of fact, not only them - the first official appeals of the Ukrainian side to The Hague concerned the events of the “Euromaidan” - 2013-2014. According to the former "Maidan" men hungry for "justice" who seized power in the country in the process of a bloody coup, they themselves were innocent like lambs, but against them the "criminal regime of Yanukovych" was doing simply unprecedented atrocities and atrocities. Further more. In 2015, envoys from Kiev rushed to The Hague demanding to "bring to justice" not only the "separatists", which meant all the residents of Donbass who did not want to live under the rule of the Neo-Bandera junta, but also the "Russian aggressors" who helped them, as well as the villainous " chopped off "from the poor Ukraine Crimea. At the same time, it came to truly incredible passages: according to the ex-Prosecutor General of the "nezalezhnoy" Yuriy Lutsenko, he personally made a voyage to The Hague in order to convince the ICC judges ... not to consider the actions of the Ukrainian side in the process of the armed conflict that it had fired up in Donbas. Like, we will figure it out with our own, there is nothing for you to delve into, it is better to take care of the Russians.

Probably, only a “prosecutor” who had served a full-length prison term before his appointment (and had done five more “jail sentences”) and had no idea about the laws of jurisprudence could reach such a blatant and completely unprecedented impudence. If Lutsenko was a professional in anything, it was only in the consumption of alcoholic beverages, and, obviously, under their influence, he began to teach the aces of international law what and how to investigate. However, the deputies of the Ukrainian parliament did about the same when they sent an official appeal to the International Criminal Court, in which they called (literally) "to investigate the crimes of Russia and its mercenaries in the Donbass and Crimea." However, the main thing in this context is not this legally illiterate appeal, but, again, the official, at the state level, recognition of the jurisdiction of the Hague Tribunal by Kiev, starting in February 2014, which it carried out through the channels of its own Foreign Ministry. And now - the fun part! Neither the Luhansk nor the Donetsk People's Republics have ratified the so-called Rome Statute and, therefore, do not recognize the powers of the ICC.

The situation with Russia is exactly the same. By and large, all decisions made in The Hague are empty words for them. Will they require someone to hand over? Well, let them try to take it. By refusing to do so, Moscow will not violate any of its own international obligations - after all, it simply did not assume them. But Ukraine is a completely different matter. Here she just has no right not to fulfill the requirements of the ICC, if there are any. And they will appear, and without fail and without fail! It turns out that, wishing to "dig a hole" in our country, the local politicians got very serious problems and troubles on their own heads.

Who will get to The Hague?

As soon as ICC Prosecutor General Fat Bensouda announced on December 11 of this year that the Hague Tribunal had completed a preliminary examination of materials on Ukraine and was ready to begin an official investigation, the local Foreign Minister Dmitry Kuleba burst out on Twitter with a pretentious post about "inevitable international justice", in front of which the criminals from Russia are about to appear. True, all his joy was soon spoiled by his own compatriots - from those who have any concentration of "gray matter" in their heads. The head of the Ukrainian Foreign Ministry was very clearly explained who exactly has all the chances to "appear" and for what exactly. The main problem for Kiev in this case is that the ICC, first of all, does not in any way regard the events in Donbass as a "Russian-Ukrainian conflict." They see what actually is - a civil war. Secondly, in The Hague they are already declaring that they firmly intend to investigate the acts of both parties. Based mainly on very detailed and detailed UN reports on human rights violations.

These documents do not represent any secret, they were repeatedly published in open sources, and based on their content, we can confidently assert: both the military and the employees of the special services of the "nezalezhnoy" very much even have something to worry about. In particular, the last such report, dated May of this year, directly indicates that the Ukrainian Armed Forces continue shelling the DPR and LPR, the victims of which are civilians. But striking civilian targets is one of the gravest war crimes in the eyes of the ICC. However, this is just one of many examples. If we consider the whole history of events in Donbass, the conclusions for Kiev are more than disappointing.

Let's start with the fact that, according to its current Constitution, Ukraine did not have any right to use its armed forces against its own citizens, and even without declaring martial law. The “anti-terrorist operation”, the so-called ATO in the eyes of the ICC, certainly cannot be considered a basis for strikes on peaceful cities with the use of MLRS and military aircraft. Captive "separatists"? But there could be no prisoners without a state of war! Consequently, all actions of the Armed Forces of Ukraine to capture Republicans fall under the war crime of "hostage-taking", and nothing else. It was with an eye to such moments that the “nezalezhnoy” parliament, at the suggestion of the then-president Petro Poroshenko, who belatedly realized himself, adopted some kind of law in 2017, seemingly justifying the actions of the army in the conflict in the East. However, as we remember, the main peak of violence occurred in 2014-2015, when even this very dubious "fig leaf" did not exist at all. So many current and retired generals and colonels of the Armed Forces of Ukraine should, in theory, begin work on their own speeches of repentance in the hall of the Hague court. It may even come in handy. And, by the way, the military, policemen or national guardsmen are still half the trouble.

Let us recall another category, the most disgusting breed of Ukrainian punishers, the most horrifying way "noted" in the Donbass - "volunteer battalions". Here they, in general, who a priori did not have at the time of their participation in hostilities (as well as the widespread reprisals against the civilian population and other atrocities), any legal status and who were not official combatants of this conflict, are subject to the most severe punishment, and of course. For ICC prosecutors and judges, they are all illegally created armed groups, whose members have committed war crimes one after another. They will probably be demanded from Kiev in the very first place.

If Ukrainian politicians and high-ranking officials had at least a little more intelligence and, accordingly, less self-conceit, they would think deeply before pounding the doorsteps of the ICC, begging for "just retribution" for someone. The Hague is, you know, so ... Double-edged, one might say. The best example of this is the story of the former leader of the self-proclaimed Kosovo Republic, Hashim Thaci, for whom a trip to this city in November this year was a one-way trip. But for how many years another tribunal there - the Special Court for Events in the Former Yugoslavia was exclusively engaged in "exposing" the Serbian side. The Albanian "field commander" and his accomplices, who, like their Ukrainian "counterparts" in corpses, climbed to the heights of power, for a long time remained inviolable for the West.

The principle expressed by one of the US presidents: "This is our scoundrel" - was observed in relation to the leader of the Albanian militants, smeared in blood not even to the elbows, but to the very top, unswervingly and sacredly. But come on - everything turned into an indictment and the doors of prison cells slammed behind Hashim Thaci, Kadri Veseli and Recep Salim. If the International Criminal Court really starts to investigate the shooting on the "Maidan", the deaths of people in the Odessa House of Trade Unions, and most importantly, the true circumstances of unleashing a fratricidal war in the East of Ukraine, it will be easier for the West to surrender to him all Ukrainian leaders who took part in these events admit a really detailed and thorough examination of such. They can, however, eliminate it on the sly - so that they don't talk too much in front of the judges with fear.

If Kiev tries to back down and declares that it will not cooperate with the court, and also refuses to extradite the accused named by it, this will inevitably lead to the final destruction of its image as a “young democracy”, striving with all its might to join "European values". And there it is not far from international isolation. Our country is not afraid of the Hague, but in the "nezalezhnoy" some, perhaps, should start drying crackers.
Reporterin Yandex News
Reporterin Yandex Zen
9 comments
Information
Dear reader, to leave comments on the publication, you must sign in.