The results of the US elections: Trump's main "trump card" did not play 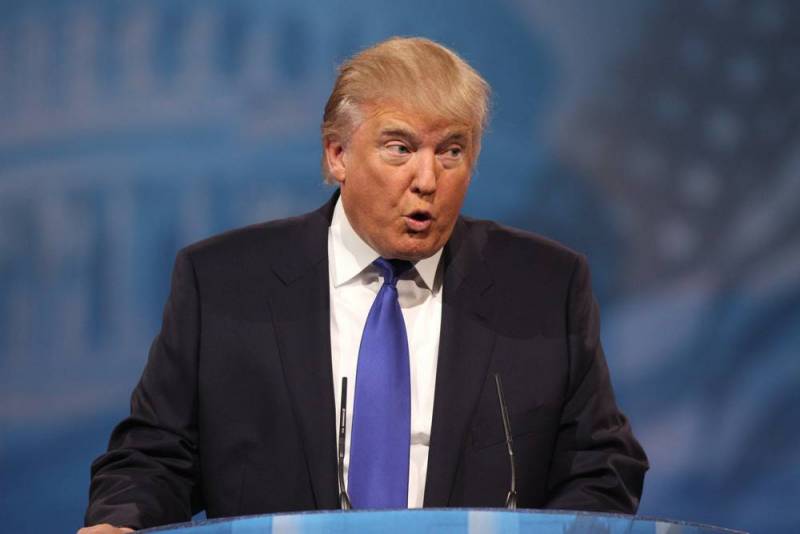 On December 12 at 02:57 Moscow time (in the United States at that time it was still the evening of December 11), the last bastion of Trump's defense line fell. The Supreme Court of the United States (SCOTUS) dismisses Texas State Attorney General Ken Paxton's lawsuit to overturn presidential elections in Pennsylvania, Georgia, Michigan, and Wisconsin for violations by Democratic officials of the listed states of election procedures that influenced the election results.


The lawsuit was supported by another 17 Republican states represented by their attorneys general and 126 of the 196 Republican congressmen in the US House of Representatives. The documents were sent to SCOTUS in the form of an amicus curiae brief - “the arguments of a friend of the court”. In the American legal system, these are external stakeholders and groups that are not parties to a case who can bring their opinion about a proceeding to court. In addition, Arizona Attorney General Mark Brnovich filed a separate lawsuit with SCOTUS with the same demands, without joining his 17 colleagues' friendly brief.

In total, 19 states supported the Texas suit along with it. You can even list them: Missouri, Alabama, Arizona, Arkansas, Florida, Indiana, Kansas, Louisiana, Mississippi, Montana, Nebraska, North and South Dakota, South Carolina, Tennessee, Utah, Oklahoma, and West Virginia. As you can see, these are mainly southern states. The Democrats, of course, were stunned by such a consolidated onslaught, but immediately responded with their democratic salvo. Immediately 22 jurisdictions, headed by Democrats, filed "friendly" briefs with the US Supreme Court, taking the side of the defendants, which together with the defendants themselves amounted to 26 states. 26 northern states versus 19 southern states, with one abstaining (Ohio was never able to decide for "whites" or for "red", having submitted a "puzzling" brief, allegedly not supporting either side), not counting five undecided states (Alaska , Idaho, Kentucky, New Hampshire and Wyoming, who chose not to get involved in a fight and stand on the sidelines). The air clearly smelled of a new Civil War. The only difference is that in the war of 1861-1865, 11 states took the side of the South, which did not accept the election of Abraham Lincoln, and now there are 19 states that do not consider Joe Biden's victory to be fair. At the same time, the population of America in this issue also split approximately in half.

Trump knew exactly what he was doing when he came in with this trump ace named "Texas", which he had in store for the last. By the way, his surname is translated from English (trump, from English "trump card"). Prior to that, the lower courts had already successfully dismissed 49 claims out of 52 filed by Trump's lawyers. There was a complete impression that Trump did not specifically support his claims in lower courts with weighty evidence, trying, without getting involved in petty clashes, to immediately transfer the consideration to the US Supreme Court, which is for them the final appellate instance, where he had a majority (6 out of 9 judges Republicans). At the end, it became clear how wrong he was about them!

Epigraph: "Do not want the bad, the good will be worse!" (D. Trump)

The Texas lawsuit also arose for a reason. The Lone Star State has a privileged position in the North American United States. And not only in terms of area and population (it is the second largest after Alaska and the second most populous after California), but rather, in relation to other states. Texas, which, as you know, it is better not to get involved (Don't Mess with Texas), is not in vain with ideas of separatism, since it did not sign the collective agreement on the creation of the USA, but joined (and, one of the last) to the already created union states (states) on the rights of a confederation, i.e. has equal rights with the United States, in fact, as a union state. It is not for nothing that the Texas flag on the flagpole in front of the local Legislature hangs above the US flag (no other state in America can afford such impudence!).

And it was the Attorney General of this state, Ken Paxton, who filed a lawsuit with the US Supreme Court to annul the election results in four states, citing the violation by officials of these states of Article 2 of the US Constitution when they changed the election procedure, which led to massive voting irregularities. Paxton insisted in his lawsuit that only the Legislative Assemblies of these states had the right to change the electoral legislation of the respondent states, and not officials under the pretext of the coronavirus pandemic, no matter how high status these officials had (whether judges or any other officials, up to to state governors). As a result, the postal voting allowed by them passed with great violations, which affected the final result of the elections. At the same time, Paxton did not fall for the presentation of the violations themselves, but proposed to annul the election results already on the fact of a violation of the procedure, referring to the precedent of 1892 (after all, there is case law in the United States), when SCOTUS canceled the election results and gave the Michigan Legislature the right to certify the authority of their representatives to vote on the Electoral College on behalf of the state (known as the MacPherson vs Blacker case of 1892).

SCOTUS did not have the right to refuse to accept the claim of the Lone Star State, since in this case it is the court of first instance for the state of Texas, and not the highest court of cassation, which has the right to refuse the appeal, citing the fact that this claim is outside its jurisdiction. This is what Trump was counting on, rolling out a weapon of his main caliber against the Democrats.

But how wrong he was!

There is no Constitutional Court in the United States. The highest oversight judicial body in the United States is the Supreme Court (SC or SCOTUS). It exercises the powers of both the highest appeal, cassation and constitutional courts. His decisions are final, not subject to appeal, and they can be canceled only through amendments to the Constitution. This has happened only a few times in history, including on a fundamentally important issue - the abolition of slavery.

SCOTUS doesn't even have to explain its decisions. The judges of the Supreme Court are appointed by the President with the approval of the Senate for life and can terminate their powers ahead of schedule only as a result of voluntary resignation or impeachment for crimes committed. These are a kind of celestials, no one is a decree for them, only the Sun (or God, who believes in what) is above them.

And it was into the hands of these people that Donald Trump entrusted his fate. Holy naivete! And these people acted quite predictably. They did not even consider the claim of the Texas Attorney General, citing the fact that he could not convincingly prove that his state had the right to apply to them with such a demand. I quote verbatim:

The state of Texas has not shown a legally justified interest in how elections are held in other states. All other pending applications are rejected as unfounded.
As they say in such cases - ink, light, curtain!

I told you that the SCOTUS judges are not even obliged to explain anything, they rejected the claim and that's it! I will help you, I will translate from legal American into public Russian. The US Supreme Court refused to accept Texas's claim to review presidential election results in vacillating states because it found no “legally justified interest” on the part of Texas in other states' election procedures, where it claims their own laws are being violated. Unclear? Then it's even easier. Texas has no rights, according to the US Supreme Court, to challenge elections in other American states. Even if there were violations, and so on. And if, because of this, the rights of voters in the state of Texas are violated, as the Texas prosecutor pointed out in his statement of claim, then Texas still has no rights. At this point, SCOTUS puts a point of consideration. Thanks to all! Everybody's Free!

Any questions? Trump's main trump card has not played. What Trump will do, I don't know. I am not suggesting that he do what the president of a certain banana (more precisely, cannabis) republic did, which has been under US protectorate since 2014, which by its decision simply tried to disperse the Constitutional Court of his country, which made an incorrect decision from his point of view (although, even he failed!). But the fact that Trump will not give up after that is a fact. What he will do, I will consider in the following articles. And I can promise Biden who won at the cost of massive falsifications that a quiet life for him will end from January 20, 2021, and now he will experience everything that Trump experienced during his 4-year cadence. The Senate remains in the hands of the Republicans and they do not guarantee it a quiet life.

As a seed, I will quote the statement made by the Chairman of the Republican Party of Texas on December 12, Congressman from this state in the House of Representatives Allen West (Lieutenant Colonel of the Marine Corps, who participated in two wars - in Iraq and in the Persian Gulf, black, by the way):

Rejecting a Texas suit, which was supported by 17 states and 106 congressmen, the Supreme Court ruled that any state can take unconstitutional actions and violate its own electoral laws, and this would have detrimental consequences for law-abiding states, while the guilty state would not be held liable. This decision sets a precedent that states can violate the US Constitution with impunity. It will have far-reaching consequences for the future of our constitutional republic. Perhaps law-abiding states should unite and form a Union of States that will abide by the Constitution.
I have highlighted the most important for Biden in bold. It looks like the West is promising to go wild again.
Reporterin Yandex News
Reporterin Yandex Zen
13 comments
Information
Dear reader, to leave comments on the publication, you must sign in.