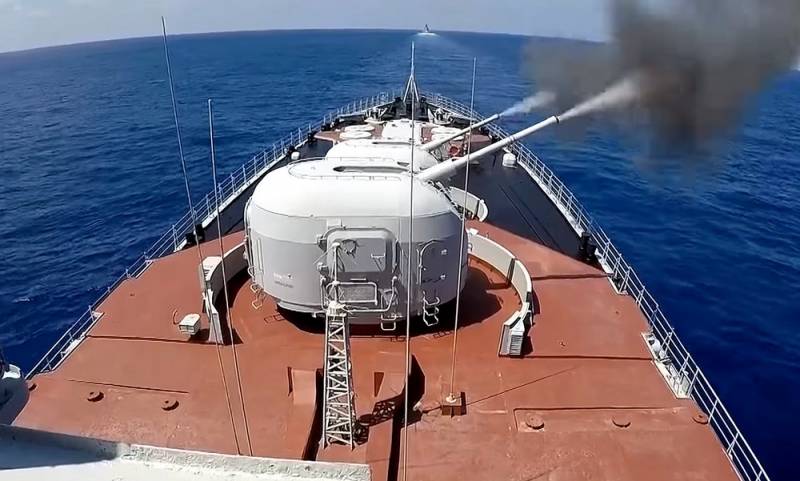 The ships of the Russian Black Sea Fleet will take part in the AMAN-2021 international naval exercises planned in February 2021 in the water area of ​​the Pakistani port of Karachi. In addition to our ships, the US Navy, the Royal Navy of Great Britain, the PRC Navy, the Japanese Maritime Self-Defense Forces, the Turkish Navy, the Philippine Navy, as well as the Royal Malaysian Naval Forces, the Sri Lankan Navy and the Indonesian Naval Forces will take part in the maneuvers. In total, representatives of more than 30 countries have confirmed their participation, about ten of them will use their own ship crew, and the rest will send official observers.


The Russian Navy will present a frigate, a patrol ship, a rescue tug, a Marine Corps unit, a demining squad and a sea-based helicopter. All represent the ChMF. The purpose of the maneuvers, the Black Sea Fleet calls the development of military cooperation between countries and the exchange of experience in repelling the threats of sea piracy in areas of intensive shipping.

The last time the Russian Navy took part in joint exercises with NATO ships in 2011 off the coast of Spain. Then, in the Bold Monarch maneuvers in the water area of ​​the port of Cartagena, ships, aviation and submarines of the Navy of 20 NATO member countries were involved, Russia was represented by the diesel submarine Alrosa, the rescue tug "Shakhtar", the killer ship "KIL-158" and the rescue vessel Epron.

Since then, we have not had joint exercises with NATO ships. Since 2014, the situation has only worsened for obvious reasons. So, on November 25 this year, the American and Romanian military conducted joint firing from multiple launch rocket systems at targets in the Black Sea. For the sake of maneuvers, M142 HIMARS mobile missile systems were transferred from Ramstein airbase in Germany for several hours and departed back immediately after the firing. Forbes called these maneuvers "an unambiguous message to Moscow."

Moscow responded symmetrically. At the beginning of December, the entire naval personnel of the Black Sea Fleet, including the frigates Admiral Makarov and Admiral Grigorovich, the patrol ship Pytlivy and the patrol ship Dmitry Rogachev, went to the exercises. The crews conducted training in naval combat, anti-aircraft and anti-sabotage defense, and the destruction of sea and coastal targets.

What has changed this time? Why are we going out to an exercise in which three NATO countries - the United States, Great Britain and Turkey - take part at once? Is it possible that relations are warming against the background of a change in the owner of the White House?

Unfortunately not. It's all about the host country of the exercise. Of course, there is no warming in relations between Russia and NATO, and is not expected in the near future. Yes, for the first time after the reunification of Crimea, our ships will participate in joint maneuvers with NATO. But this happened only because Russia was invited by Pakistan, with which we have good relations. If Pakistan had not invited, then Russia would not be there.

Pakistan is not only regional political player, but also world. In terms of population, it is the fifth country in the world with over 200 million people. Moreover, it is a nuclear power. Pakistan can afford to invite anyone it sees fit to participate in its exercises. Therefore, the ships of the Russian Navy take part in them.

The USA, Great Britain and Turkey had the right to refuse. But they did not refuse, because Pakistan is a valuable partner, a large, influential state, a global political player, and it would be politically wrong to ignore his invitation. This time they had to come to terms with the participation of Russia.

We ourselves could have thought about whether to participate or not, so as not to complicate relations with India. For obvious reasons, she does not take part in the maneuvers. She has a very difficult relationship with Pakistan, and there are also tensions with Sri Lanka. And the exercise will take place in an area 100 nautical miles from its border. As we try to maintain good relations with both India and Pakistan, it would be better for us to refrain from these exercises. But the command, as they say, knows better.

The Russian Navy, by the way, until 2014, more than once participated in the Sea Breeze exercises, which are taking place in the Black Sea. But we refused to send our ships to the exercises if the navies of non-Black Sea NATO countries took part in the Sea Breeze. For example, the USA or France. Because we didn’t like it when ships of other NATO countries entered the Black Sea. In addition, until 2014, Russia was a permanent participant in the international naval exercises BALTOPS (Baltic Operations), which have been held in the Baltic Sea and the adjacent region since 1971. They are hosted and sponsored by the US Navy in Europe. I have already said about the 2011 Bold Monarch Spanish teachings above.

Let's hope that with the arrival of the new owner of the White House, the situation in the world will begin to smooth out. At least, we would very much like to hope so.
Reporterin Yandex News
Reporterin Yandex Zen
8 comments
Information
Dear reader, to leave comments on the publication, you must sign in.