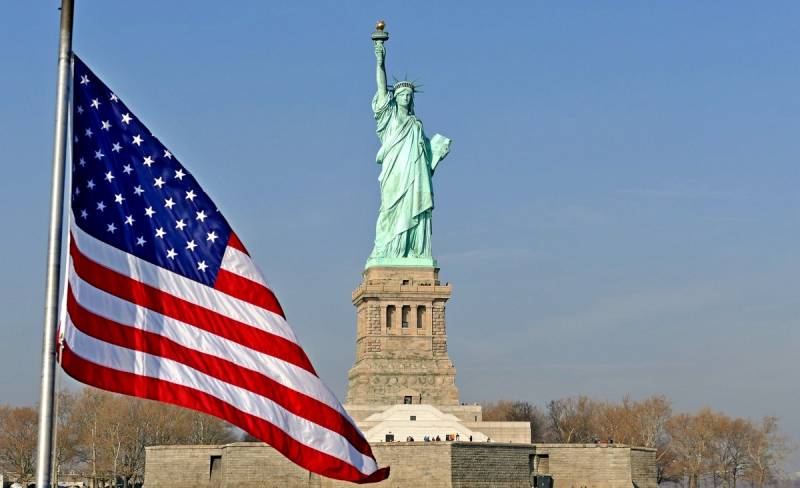 An electoral vote will take place tomorrow in the United States, with the result that Democratic Party representative Joseph Biden is to be officially elected president. The last hope of his rival Donald Trump was pinned on the US Supreme Court, which was supposed to review the results of an openly rigged election. This means that the Republican has lost the fight for the White House in the legal field. It would seem time to hang the baseball cap on the wall and get ready to vacate the Oval Office, but Trump's lawyer Rudolph Giuliani said they were "not finished." What are the options next?


Most importantly, the Supreme Court dismissed the Texas suit, which was joined by 17 other GOP states, on a purely formal basis. The judges did not consider the issue of fraud in the previous elections, Mr. Giuliani explained:

The case was not dismissed on the merits. The case was dismissed due to legal standing.
This means that doubts about the legitimacy of the future President Joe Biden have not been dispelled at all, half of American voters consider him in fact a usurper who stole their victory. In this case, the voting of electors will take place tomorrow, where the "victory" of the US Democratic Party will be recorded. Trump has no time to appeal, and there is no doubt that everything was deliberately delayed in order to deprive him of his chances to retain presidential power by legal means. What's next?

There are two main options, and the choice of one or another will depend on whether Trump is just a major successful businessman or has managed to become a politician over the past four years. If he is just a businessman, the most reasonable thing for him to calmly transfer power to Biden and fly to his estate in Florida, demonstratively not shaking hands with a competitor, and after 4 years try to return. If he is still a politician who defends the great future of his country, as he sees it, then you can still try to fight.

The first scenario involves a forceful solution to the problem. It's no secret that Trump managed to purge the Pentagon over the past month, leaving only people loyal to himself in the top leadership of the army. This made the Democrats very nervous, and not in vain. In theory, the president could apply The Insurrection Act of 1807, which grants the right to use the Armed Forces domestically. Donald Trump had already thought to turn to him during the African-American riots after the assassination of George Floyd, but there is a clause in it that gives the right to apply in "a situation that prevents the implementation of laws, as a result of which citizens cannot exercise their constitutional rights." The right to fair and fair elections is just a constitutional right. In other words, the incumbent president can theoretically use the help of the army, especially if Joe Biden's supporters are thrown into the streets en masse.

But there is another option, also related to the violated Constitution. Recall that the lawsuit in the US Supreme Court was filed by Texas, one of several American states that are famous for their separatist sentiments. In peacetime, these "separatists" are considered to be harmless marginals, but now the situation has changed somewhat. Black GOP head in Texas Allen West made a very serious statement:

This decision will have far-reaching consequences for the future of our constitutional republic. Perhaps law-abiding states should unite and form a Union of States that will abide by the constitution.
In addition to Texas, 17 other states supported the lawsuit against the Democrats, that is, only 18, more than the Confederates had at one time. It is proposed to create a kind of Union, which positions itself as observing the Constitution, against everyone else. This is a much tougher fault line within the United States than the problem of slavery at the time. The question of the further integrity of the United States is no longer idle. Trump could remain a Republican president and Biden a democratic one. This is already the ground for an internal split and a new Civil War.
Reporterin Yandex News
Reporterin Yandex Zen
13 comments
Information
Dear reader, to leave comments on the publication, you must sign in.