"Russians are obsessed with the idea of ​​a single-engine fighter": The Drive predicts the failure of the Russian project 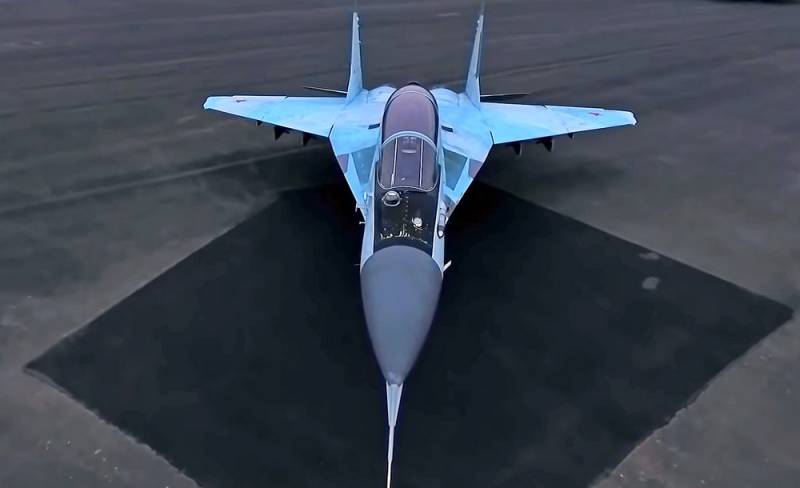 Currently, the Russian state corporation "Rostec" is on its own initiative, i.e. at its own expense, is working to create a future combat aviation system "in its light and medium class." However, despite decades of work on the concept of such an aircraft, the prospect of his orders seems as remote as before, writes the American edition of The Drive, predicting the failure of the Russian project.

By design, it can be a universal platform in manned and unmanned versions. The company is working on the concept and operational requirements for such a platform.
- Rostec head Sergey Chemezov explained vaguely to the media.

Obviously we are talking about a single-engine, not a twin-engine aircraft. In the past, Russians have explored a number of similar concepts that have not gained widespread acceptance. The Russians are obsessed with the idea of ​​a single-engine fighter, but the Russian Aerospace Forces hardly needs such an aircraft.

Now the twin-engine MiG-35 is the closest fighter to the concept of "light and medium class" offered by the Russian industry. But RSK MiG wants to develop a lighter analogue of the Su-57. At the same time, the Russian Ministry of Defense does not show a clear interest in such an aircraft. However, according to Chemezov, the export of such a combat vehicle is promising, so it can be developed in conjunction with one or more foreign partners.

At the same time, he did not go into details, specifying that if the Ministry of Defense of the Russian Federation shows interest in such an aircraft, then it will have to be upgraded to the requirements of the Russian military. This indicates that Rostec is engaged in a less complex project optimized for export, something like the Sino-Pakistani JF-17 (FC-1), nicknamed by journalists as the MiG-21 of the XXI century.

In 2017, the head of the Ministry of Industry and Trade of the Russian Federation Denis Manturov announced plans for the United Aircraft Corporation (part of Rostec) to develop a fifth-generation light fighter in cooperation with other countries, although a single-engine configuration was not indicated. The most probable candidate for the implementation of the project "Light multifunctional front-line aircraft" (LMFS) is RAC "MiG". In December 2019, MiG ordered aerodynamic research at TsAGI. However, it is still not clear whether they wanted to test the single-engine, twin-engine, or both concepts, and what happened at the output.

LMFS dates back to 1986, when the MiG design bureau announced the development of two fighters. The LMFS was to replace the MiG-29, and the heavy "Multifunctional front-line fighter" (MFI) was to replace the Su-27. This is how the jet plane appeared with codes "1.42", "1.44" and "1,46". After the collapse of the USSR, all work was suspended, and the Russian Air Force quickly wrote off all available single-engine MiG-23, MiG-27 and Su-17. In the late 90s, the LMFS project was revived to compete with Sukhoi for the PAK FA. But the MiG lost.

Therefore, there is a high probability that the fighter that Chemezov refers to is a single-engine LMFS. It will probably inherit the same basic configuration: a large delta wing with nose planes close to the leading edge of the wing. This type of layout is usually chosen by designers looking to optimize the maneuverability of a fighter.

However, it is not clear who will buy this fighter. The proposed MiG-35s have yet to receive any significant orders. Egypt and Algeria chose the MiG-29M / M2. Russia has ordered only six MiG-35s, which are likely to be used to re-equip an aerobatic team rather than deploy to forward units. The Russian Aerospace Forces do not seem to need aircraft of this class.


If you look into the future, the appearance of the Su-57 together with the S-70 Okhotnik drone will further reduce the chances of the LMFS. How relations with foreign partners will develop is also not yet clear, since no one has shown sufficient interest so far. In general, at least for now, it seems that the new Russian single-engine fighter is a distant prospect, summed up the publication from the United States.
Reporterin Yandex News
Reporterin Yandex Zen
9 comments
Information
Dear reader, to leave comments on the publication, you must sign in.