Russia has a good start in the changing world energy 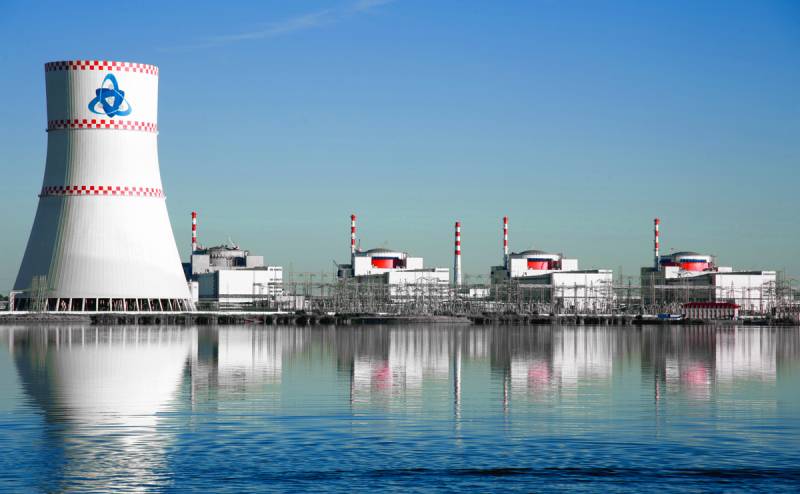 Russian economy is facing a formidable challenge. In just a few decades, the largest consumers of our oil and gas will radically reduce their imports, and the export of domestic products, which have a high "carbon footprint" in their production, will also be under threat. How can a real national catastrophe be avoided?


The problem is absolutely real. A year ago, Brussels announced the EU Green Deal, according to which the European economy should become climate neutral by 2050. Already by 2040 forecast of market participants, the consumption of oil and gas in the EU will be halved, and their cost will correspondingly decrease. In 2022, the EU authorities intend to introduce the so-called "carbon tax", which will affect 74% of all our exports to the European Union. When determining the tax levy on imported goods, the amount of carbon emissions from their production will be taken into account. For Russian suppliers, this means an inevitable increase in duties and a decrease in competitiveness.

The United States and China are now following the same path. Especially China. Beijing closely follows European innovations and keeps pace with the times in the struggle for the EU market. When defining internal standards for reducing the carbon footprint, the Chinese are guided by the EU regulations, for example, the emission control mechanisms they have already introduced are similar to the European ones (EU ETS). The introduction of its "carbon tax" in China is only a matter of time, so it would be too optimistic to count on a "pivot to the East".

Beijing has announced its own program to create a "beautiful, green, prosperous China" by analogy with the EU "Green Deal", which should be implemented by 2049. And already within its framework, a lot has been done. The Renewable Energy Law was adopted in 2001 and has been updated twice. The PRC achieves several goals at the same time: it reduces the volume of harmful emissions, reduces dependence on imports of fossil fuels from abroad, and develops the production of advanced of technologies and equipment needed to generate alternative energy. Over the past 20 years, Beijing has been among the leaders in terms of the volume of commissioning of renewable energy capacities, accounting for almost half of the increase. It already accounts for 18% of the total energy consumption of the world's main workshop. To make the scale clear, the volume of alternative energy in China exceeds the total capacity of all Russian power plants. This is a lot, and the Chinese are not going to stop.

The list of competitors' achievements can be listed for a very long time. But the main question is, what should Russia do in a rapidly changing world? Today, it would be a sin to stretch a pipeline somewhere to the West or the East in half - this is the pinnacle of our geopolitical planning. However, very soon, these usual schemes for obtaining oil and gas dollars will simply stop working. There is not so much time left, but it is still there, and it must be spent properly.

As for the export of hydrocarbon raw materials, we must understand very adequately that our pipelines in the European direction will no longer be allowed to work calmly. It is necessary to actively develop capacities for liquefying natural gas and LNG terminals to send it to those markets where fuel is most in demand at the moment. Instead of throwing tens of billions on the next export gas pipelines, it is better to make efforts to gasify your own state.

Our country needs industrialization, and this requires a deep reform of the national energy sector in order for the products produced in Russia to be competitive in the European and Asian markets when the "carbon taxes" are introduced. As of the end of 2020, the share of "green" energy in our country is about 1%. The remaining 12,3% is accounted for by hydroelectric power plants, 20,2% - at nuclear power plants, 66,8% - by coal and gas generation. It is obvious that any Russian product with such a “carbon footprint” will be mercilessly treated in the very near future. We have a huge country where you can build endless wind farms if you wish, and in the southern regions there is a place for solar power plants. On long sea coasts, it is possible to produce "green hydrogen" by hydrolysis, which will later be used as a fuel in industrial production and for other needs. There, not far from the coast, offshore wind power plants can be built.

Finally, we shouldn't forget that we have advanced nuclear energy, which is considered the safest in the world. Even if it does not formally refer to "green", but it does not produce carbon emissions, the cost of electricity produced is the lowest. For example, in France, nuclear power accounts for 70,6% of total generation. If we build new nuclear power plants not abroad, but at home, we can significantly increase our competitiveness. Atomic energy can be used, among other things, for the production of the so-called "yellow" hydrogen. In other words, there is potential, the main thing is to start developing it.
Ctrl Enter
Noticed oshЫbku Highlight text and press. Ctrl + Enter
We are
Russia and oil: why the current crisis is the best option
100 trillion project: the US has decided to radically change the economy
Reporterin Yandex News
Read Reporterin Google News
5 comments
Information
Dear reader, to leave comments on the publication, you must sign in.