"The United States will no longer be silent and tolerate": Biden is already being set on Russia 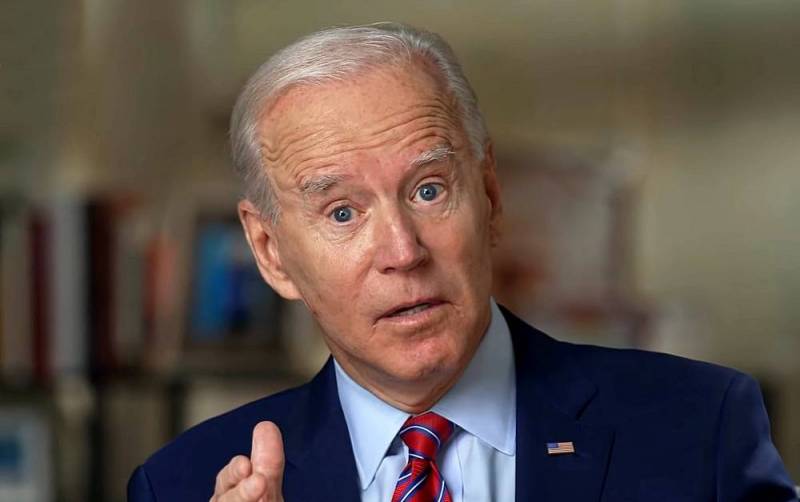 Although Joseph Biden has not yet passed the inauguration procedure, and, therefore, has not entered the rights of the US president, he is already being advised from all sides on how to build future relations with Russia. Also, numerous experts compete in forecasts regarding the prospects for the development of these very relations. Judging by the voiced probabilities, nothing particularly positive can be expected ...


However, all this, perhaps, would not present a problem - if it were not for the specific actions of US officials, which directly indicate that neither the new owner of the White House nor his administration will simply be allowed to take at least a step towards reconciliation with Moscow.

One of the main issues on the extremely tense US-Russian agenda remains the numerous restrictions, which Donald Trump, who had strenuously declared his desire to "get along with Russia," managed to introduce more than many of his predecessors during his presidency. Today, representatives of the team, which is supposed to be appointed by Biden to key posts in Washington, openly declare their intention to "carefully analyze and comprehensively revise" the whole heap of sanctions against various countries that they inherited from their predecessors. Is there a chance? Let's not rush to be optimistic. First, many of those who have to make decisions already in the new US administration speak of the use of sanctions levers as Washington's main foreign policy tool, as a “creative” and productive idea. That is, they clearly do not intend to give up this "club" as such. The question is, at most, in the methods of its application and the specific purposes for which the strikes will be delivered.

Democrats, in accordance with their globalist views, are likely to pay increased attention to ensuring that restrictions against certain countries, companies or individuals are applied not only by the United States unilaterally, but also by its allies. Washington's pressure on the same European Union in many issues, including those related to anti-Russian sanctions, may not weaken, but, on the contrary, intensify. Secondly, specific persons on whom decision-making will depend, such as the main contender for the post of US Secretary of State Anthony Blinken and Biden's supposed national security adviser Jake Sullivan, are unequivocally supporters of the sanctions pressure on Russia.

According to experts, Iran will be the first state in respect of which Biden and his team will try to soften the extremely tough restrictions imposed by Trump with almost XNUMX% accuracy. And this may not be good at all for our country. Yes, the return of the world to the "nuclear deal with Tehran", which was also guaranteed by Moscow, will undoubtedly increase security on the planet. However, lifting the oil embargo currently in force against the Islamic Republic will immediately "splash" up to two million barrels of "black gold" a day into the energy markets, which have already been stabilized with great difficulty. With a high degree of probability, Biden will also try to ease tensions with Beijing and, ideally, end the protracted "trade wars" with it, which are clearly not in favor of the American the economy... As for Russia, one should, first of all, remember the words of the newly elected president regarding the fact that it is she who is "the greatest threat to the security of the United States and its alliances." So it is hardly worth counting on the positive. But as for the negative aspects ...

The Washington Post recently published an editorial, expressing the position of quite specific circles of American politicians, whose authors cry about a "secret and asymmetric war" that is allegedly "being waged against the United States on Putin's orders." The degree of Russophobia is the highest. As "examples" are absolutely absurd accusations like "acoustic attacks" on the US embassies, a terrible quality of fake about "rewarding the Taliban for killing American soldiers" and even such a mossy story as "hacker interference in the computers of the Democratic Party" during the 2016 elections. of the year. Ultimately, the new president is called upon to "expose" all the "insidious intrigues of the Russian special services" and give them a "proper answer" to which "Trump did not dare." The main thing, according to the authors of WP, is “to show Putin from the very beginning” that “the United States will no longer be silent and tolerate”.

Will the rigidity be maximum?

Such print demarches could be attributed to the seasonal exacerbation of specific mental states complicated by chronic Russophobia, if only those who still have full power in Washington and, most likely, will not lose their influence completely after Biden's inauguration. So, the other day the head of the US National Intelligence, John Ratcliffe, publicly accused our country of some "space provocations" and "escalating tensions" already in near-earth orbit. According to a senior official, the reason for such harsh statements is that Russia launched a satellite that was "conducting very active maneuvers" near a similar space object owned by the United States. This is an undeniable threat! What is called, "to the heap" Ratcliffe also dragged in some "intelligence" about the launch by our country of "satellites, probably having the characteristics of weapons", and similar "horror stories" from the area of ​​"highley like".

The speech at the National Institute of State policy US special presidential envoy for arms control Marshall Billingsley, who once again attacked Russia with a number of serious claims. This figure called the national nuclear doctrine "extremely provocative", aimed at "early escalation" and the first use of atomic weapons. He also said that "Moscow is systematically grossly violating all arms control treaties." According to him, Russia "is creating and modernizing an arsenal of thousands of nuclear warheads that are not taken into account by any treaties." This “dove of peace” ended his speech with a call to speed up the development and production of short- and medium-range cruise missiles capable of carrying nuclear warheads for the US Army and Marine Corps.

Another very characteristic moment can be considered information that few paid attention to, and some did not grasp the real essence of what was happening at all. Most recently, the US Department of Defense surprised the Central Intelligence Agency there with a very unexpected message. The military, starting from January 5 of next year, no longer intend to continue to provide the "knights of the cloak and dagger" with the former "force support" during their "anti-terrorist operations". Cope for yourself, as you know ... The CIA called such a Pentagon decision "sudden and unprecedented", as well as "putting an end to the fruitful cooperation between the two departments, which lasted more than two decades."

However, in no case should this fact be considered as evidence of the intentions of the Americans to curtail their own activity to "spread democracy" by extremely dubious means. On the contrary, according to information from informed sources, the point is that the released forces and means of the US army intends to "redirect to missions related to the confrontation between Russia and China." The point is that the servicemen will no longer "cover" the espionage and liquidation missions of the tseerushniki somewhere in Somalia or Afghanistan, redirecting their efforts to something similar, but already on our borders, or even on Russian territory. As for the CIA, they already intend to "increase funding and increase personnel on this matter." The United States is more than serious about putting aside the imitation of the "fight against world terrorism" to deal with our country.

Incidentally, this is exactly what the recent publication in one of the most authoritative print media in China, the Renmin Ribao, indicates. This newspaper, which, as you know, publishes only articles that are clearly consistent with the opinion and position of official Beijing, published an analysis of NATO's strategic concept until 2030, carried out by its Chinese comrades. The conclusions are disappointing - according to the experts of the Celestial Empire, the West and, above all, the United States intend to use only "the most severe measures" against Russia. Evidence of the aggressive intentions of the North Atlantic bloc, in particular, is seen there by its "advance" to the East of its own military bases, strike army groups, and, most importantly, "the deployment of nuclear weapons in countries unfriendly to Moscow." The Chinese consider such a policy to be openly provocative and aimed not at the "containment" of Russia declared by the Alliance, but at pushing it towards war. In particular, the director of the Center for European Studies at Fudan University, Ding Chun, whose opinion is given in the publication, is inclined to believe that if events continue to develop in the same vein, everything could end in a "new continental war in Europe with completely unpredictable consequences." ...

The most unpleasant thing at the moment is that for the new leadership of the United States, and, above all, for its future president, certain circles are already forming an extremely anti-Russian "agenda." The sharply increased flow of various accusations against our country and the "shock work" to revive the image of the "Kremlin threat", undertaken in the upper echelons of not only the political elite, but also the military and intelligence circles of the United States, testify to this. Joseph Biden was never, and could not be, a friend of our country. However, the question now is whether those who seek it will be able to turn him into an enemy of Russia - perhaps even more implacable and consistent than Donald Trump. So far, everything is going exactly to this.
Reporterin Yandex News
Reporterin Yandex Zen
5 comments
Information
Dear reader, to leave comments on the publication, you must sign in.