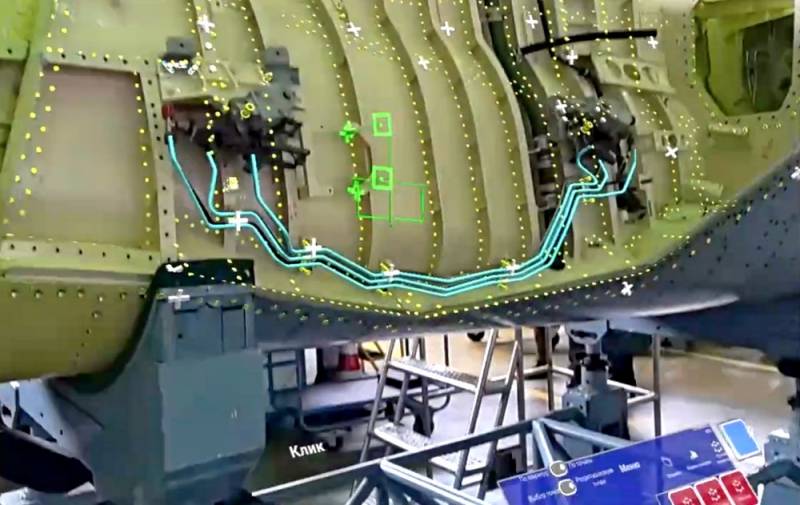 Videos demonstrating the use of Technology augmented reality while assembling Russian Su-57 fighters. The video was filmed while debugging a conveyor on the basis of workshop 45 at the Yuri Gagarin Aviation Enterprise in Komsomolsk-on-Amur (KnAAZ).


At the beginning of one of the videos, an explanation is given that the recording was made on March 24, 2020. KnAAZ employees are assembling fifth-generation Su-57 fighters as part of an order for 76 such combat aircraft, which are soon to begin entering service with the Russian army.

As the head of the Rostec state corporation Sergei Chemezov said the other day, the first serial Su-57 fighter will be handed over to the troops by the end of this year.

Recall that in two years on the fifth generation Su-57 engines will be installed second stage engines (Product 30). The life cycle of such power plants will be up to 50 years. Thanks to the new powertrains, fighters will be able to develop supersonic cruising speed and gain unprecedented maneuverability. Now the planes are equipped with AL-41FL temporary motors (Product 117).
Ctrl Enter
Noticed oshЫbku Highlight text and press. Ctrl + Enter
We are
Our response to Erdogan: What Russian systems put an end to the domination of UAVs
The first serial Su-57 climbed into the sky after crashed a year ago
Reporterin Yandex News
Read Reporterin Google News
7 comments
Information
Dear reader, to leave comments on the publication, you must sign in.