Why one Tesla today is like a dozen Gazprom 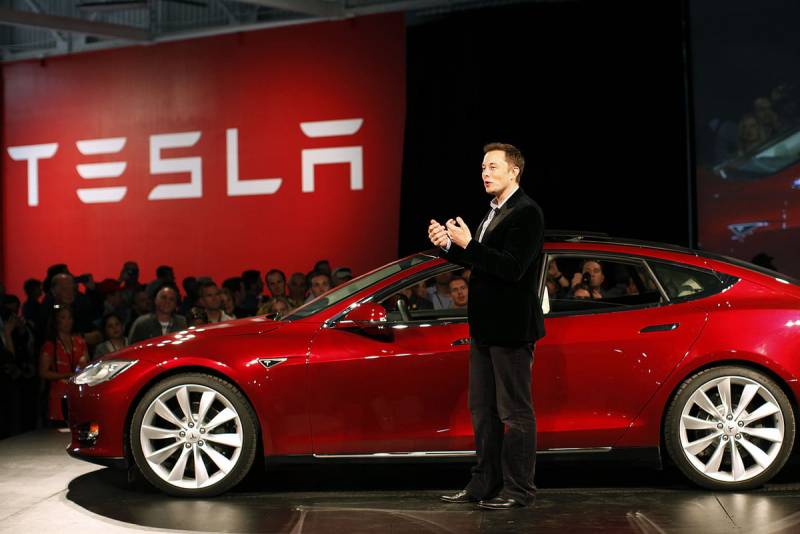 In 2008, Alexey Miller, the head of the largest Russian commodity corporation Gazprom, promised that in 7-8 years its capitalization would grow from $ 360 billion to one trillion. In 2020, the gas monopoly costs 4,63 trillion, but not dollars, but rubles, with a rate of over 73 "wooden" for an "American". At the same time, electric car manufacturer Tesla is listed on the stock exchange today as 12 Gazprom combined. Why has this become possible, and is it even worth drawing direct parallels between Russian and Western companies?


The car company of the American billionaire Elon Musk on the eve of the stock exchange was estimated at $ 608 billion, and at the maximum reached 616 billion. Not bad for a fledgling automaker that is continually predicting collapse by assorted experts and analysts. Tesla's capitalization is 28 times greater than the Russian Internet giant Yandex, 71 times that of the telecommunications giant MTS, and 13 times that of the oil company Lukoil. It is several times more expensive than any domestic company, whose shares are traded on the stock exchange; since the beginning of the year, its value has increased 7,6 times. What makes up the success of another project by Elon Musk?

At first, the American billionaire felt the spirit of the times very well when the green trend began. The European Union adopted the so-called "Green Deal", according to which, after 30 years economy The EU must stop depending on fossil fuels. China, which is one of the fastest growing markets for electric vehicles, is already following suit. In the United States, Joe Biden, proclaimed the winner of the presidential election, promises support for green projects and alternative renewable energy sources. Interest in environmentally friendly transport is growing rapidly, and Tesla got into what is called the jet.

SecondlyThe success of the venture, in which many initially did not believe, was decisively influenced by the charisma of the company's founding father. Elon Musk is, without exaggeration, a "PR genius" who can advertise and sell anything. He did not invent electric cars, but under him Tesla became the world leader in their sales, thanks to the "hype" he created. What is the idea of ​​sending an electric car into space, crazy at first glance? But in this original way, the American billionaire gave advertising to the whole world at once to two of his businesses. Today his company is investing heavily in developing its own advanced of technologies, which should improve the energy efficiency of this type of transport.

Thirdly, Tesla's inclusion in the S&P 500 index had an extremely beneficial effect on the growth of share prices. Someone might say that this is a bloated bubble that will soon burst. Indeed, there is some truth in this, the real value of the company is significantly lower than the market value. During the pandemic, all markets sank, and Tesla on the exchange lost 60% of its capitalization, but quickly recovered. This is an American dream in the flesh, a beautiful fairy tale that everyone wants to believe in, because the company easily solves its difficulties through additional rounds of attracting investments. This music will play for a very long time.

As for the relatively low cost of Russian companies, it is determined by a combination of factors. The domestic economy has a pronounced raw material nature, therefore, against the backdrop of a pandemic and a decrease in demand for hydrocarbons, the shares of Gazprom or Lukoil cannot please. In addition to this, our "national heritage" constantly gets from Western sanctions. It is also not entirely correct to compare Tesla directly with AvtoVAZ or KAMAZ, since the American company operates in a more high-tech sector. And in general, the total amount of money on the Russian stock market cannot be compared with the American and European markets.
Reporterin Yandex News
Reporterin Yandex Zen
26 comments
Information
Dear reader, to leave comments on the publication, you must sign in.