"Tomato Wars" - All That Russia Is Capable Of In The Caucasus? 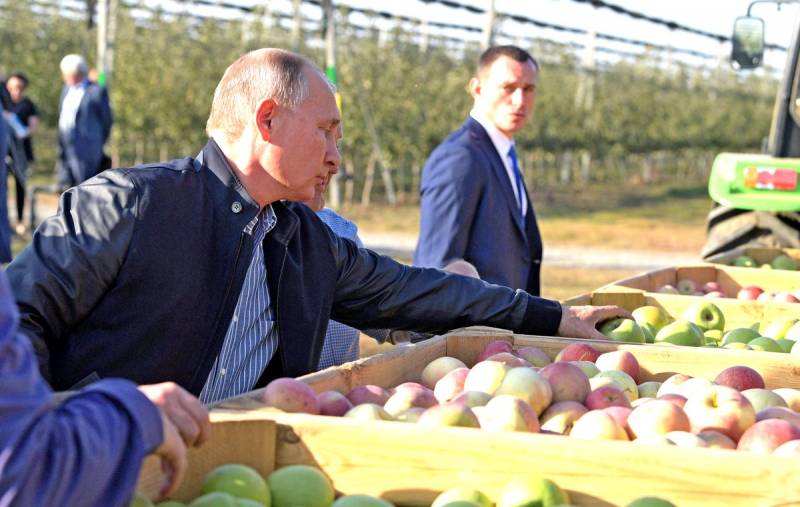 Today Baku and Ankara are jointly celebrating the victory over Armenia. Coincidence or not, but on the same day, restrictions from the Rosselkhoznadzor on the import of Azerbaijani, Turkish, as well as Uzbek and Armenian tomatoes, apples and other agricultural products come into force. Many people ask a natural question, is this really all that the Kremlin is capable of in response to the military defeat of its only ally and the arrival of NATO in the person of Turkey in the Transcaucasus?


The domestic media is promoting the version that this is a purely economic problem. The arguments are as follows:

At first, the supervisory agency found a South American moth and an eastern moth in imported tomatoes. 17 inspections were carried out confirming violations, and only for the 18th time the Rosselkhoznadzor imposed sanctions, moreover, temporary ones, which will be valid for three months.

Secondly, the ban included not only the products of the military victors in Nagorno-Karabakh, represented by Azerbaijan and Turkey, but also the affected Armenia, as well as relatively friendly Uzbekistan. It seems like it should exclude the politicization of the issue. True, the restrictions apply to tomatoes from only one Armenian region, and it will be rather problematic to distinguish the origin of tomatoes.

Thirdly, it is quite rightly indicated that this measure can be aimed at supporting domestic farmers. Thanks to the mild warm climate, Azerbaijan and Turkey have great competitive advantages over Russia, where they have to build large-scale industrial greenhouses that require constant lighting and heating. Because of this, their profitability in the best times was 5%, and now it has dropped to 2% and tends to zero. Electricity accounts for half of the cost of producing vegetables in greenhouses, and our authorities have increased electricity tariffs for them by 24%, and for gas - by 31%. Plus, the efficiency of their work was extremely negatively affected by the coronavirus pandemic, due to which demand decreased: people did not go to markets, restaurants, cafes, hotels did not work.

As a result, the insolvency proceedings of the largest regional agricultural complex "Churilovo" have begun in the South Urals. As for the story with apples, these fruits grow well in Russia, but the problem is that farms do not have enough of their own large refrigerators to store the harvested crop. But instead of helping them with all this, the Rosselkhoznadzor, apparently, decided to help by limiting competition from importers.

In other words, economic the component in the "tomato war" with Azerbaijan and Turkey is objectively present. However, for some reason, our supervisory authorities find all sorts of pests and hazardous substances in products from precisely those countries with which the Kremlin's relations are aggravated. And the situation in the South Caucasus has become very difficult due to the strategic alliance between Baku and Ankara.

Instead of peace in Nagorno-Karabakh, a truce has come, which can be broken at any time. The brigade of Russian peacekeepers is completely dependent on external supplies and at any moment may remain in complete isolation. Turkey received grounds for bringing its military to Azerbaijan and broke through the land corridor to the Caspian Sea. And this, for a minute, is a country that is a member of NATO and has huge geopolitical ambitions. Now, without Ankara, not a single issue of principle in the South Caucasus will be resolved. Baku has demonstrated that it is ready to work as number two. That is, Russia has lost its former influence in the region, which has passed to the alliance between Ankara and Baku.

And we answer all this with tomatoes? Again? If this is so, then the answer is not worthy of the "cardinal of geopolitics", but a banal haberdasher.
Reporterin Yandex News
Reporterin Yandex Zen
12 comments
Information
Dear reader, to leave comments on the publication, you must sign in.