A year after the "Normandy": Donbass needs to prepare for the Ukrainian "Plan B" 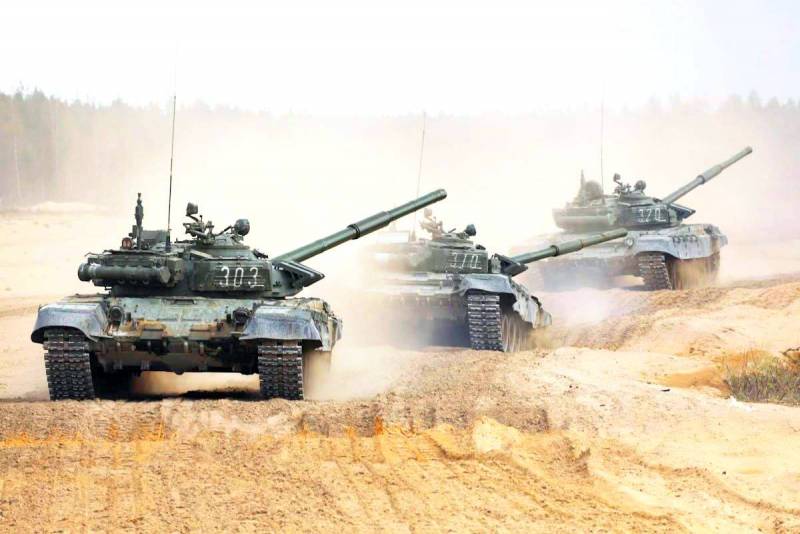 Today is the anniversary of the last Normandy format summit held in Paris on December 9-10, 2019, which was attended by German Chancellor Angela Merkel, as well as the presidents of Russia, France and Ukraine - Vladimir Putin, Emmanuel Macron and Vladimir Zelensky. I remember that shortly after this meeting, the leader of the "nezalezhnoy" made one of his loud statements: they say, if no "serious progress" occurs in the situation in Donbass in a year, a certain "plan B" will be launched, which he allegedly has. At the same time, no specifics, as usual, were announced, but these words sounded like a threat. At least - the withdrawal of the Ukrainian side from the Minsk Agreements.


The announced deadline has passed ... Have there been any changes during this time, indicating that the conflict that has been going on since 2014 is at least one step closer to a peaceful resolution? Will Kiev use its "fallback" option and what can we talk about in this case? What should the residents of Donbass prepare for exactly one year after the next meeting "at the top", at which their fate was to be decided?

It is these lines from Pushkin's immortal poem that characterize the state of affairs with the implementation of the decisions of the Paris summit with absolute, merciless and exhaustive accuracy. Two points from the final communiqué, implemented in part, against seven generally unfulfilled - that's the whole result. However, let's try to figure it out in more detail. In fact, the only real result obtained as a result of that meeting can be considered getting rid of illusions about the "new course" of Vladimir Zelensky, before the elections (and after them) vowed to "correct the mistakes of his predecessor", establish contact with Moscow and end the war on East of the country. Judging by his real actions, which followed the magnificent declarations, this people's choice turned out to be the same Poroshenko, except "in a new package." Which, however, can be attributed to any representative of the deceitful, cunning and built on Russophobia "nezalezhnoy" power.

Judge for yourself - as I said, at least something has been done in the past 365 days to implement the two positions on which an agreement was reached in Paris. We are talking about a complete ceasefire by the opposing sides, which was achieved with great difficulty 8 (!) Months after Paris. At the same time, the representatives of Kiev in the Minsk TCG constantly blocked any initiatives aimed at a real stop to the bloodshed. The Ukrainian leadership categorically refused to give its warriors direct and unequivocal orders to prohibit "retaliatory" firing, to completely stop reconnaissance and sabotage operations on the line of contact, and the like. Problems also constantly arose with the joint inspection of the disputed sections of this line and the positions of the opposing forces.

Also, even before the end of last year, a mutual exchange of prisoners and detainees was to take place, moreover, according to the formula, which does not allow for double interpretation: "all for all." The last such event took place almost a year ago - at the very end of 2019. Since then, the question has been "in the air," and, apparently, there is no chance of further progress at least in this direction. That, in fact, is all that, speaking about the practical results of the "Normandy summit", albeit with half a sin, but with a strong desire, you can put it in the "done" column. The rest is a complete zero. No one even thought to start demining the war-torn territories of Donbass. Not that real actions have not begun - even their plan has not been approved. With the opening of new checkpoints on the contact line, complete confusion reigns - the Ukrainian side undertook to arrange them wherever it pleases, absolutely not coordinating this issue with the Republics (although this was precisely what was agreed in Paris), thereby forcing the DPR and LPR to block these crossings. There is no question of any kind of troop disengagement in the three new sectors of the "front", designated during all the same negotiations - nothing has been agreed, approved and is not being done.

However, these are purely practical details. It is much more important that Kiev, as the time goes on, the more it abandons the fundamental principles on which, in fact, all attempts to bring the long-awaited peace to Donbass are based. From there, more and more demands are heard to “correct” the “Minsk Agreements”, and in such a way that in fact both their spirit and the letter will be radically changed. The main "stumbling blocks" here are the notorious "Steinmeier formula", the issue of the "special status" of the region and the transfer of a section of the border with Russia under Ukrainian control. Here we will dwell on them in more detail.

Is everything still in the hands of Washington?

Zelensky's promise in Paris to implement a formula developed by the ex-head of the German Foreign Ministry into Ukrainian legislation, according to which Kiev was obliged to go for a whole series of purely political Concessions to the Donbass, in the eyes of the militant national radicals, “nezalezhnoy” was such a grave “sin” that the presidential administration did not even dare to publish it on the official website. As well as similar obligations regarding the inclusion of the concept of the "special status" of Donbass in the Constitution of the country. However, later the truth was revealed, and representatives of the Ukrainian authorities began to reiterate at different levels that they would not make any changes to the Basic Law. In full accordance with this position, the representatives of the “nezalezhnoy” did not present any documents on this matter and even projects such to their partners in the negotiation process in either the Minsk or Normandy format. What the envoys of Kiev tried to pass off in the TCG as a "roadmap for the settlement of the conflict," the so-called "Plan of joint steps" turned out, in fact, a step-by-step instruction on the complete and unconditional surrender of the Republics. Recently, the parliament of Ukraine once again (either the fifth or the sixth) extended a poor legal act called "the law on a special procedure for local self-government in ORDLO."

Kiev does not hide that this was done solely "so that the country's representatives at the negotiations on Donbass could safely continue their work." That is, calling things by their proper names - and continue to drag on time, pouring from empty to empty. An excellent example of this is the recent speech in the Ukrainian media by the representative of the local delegation to the TCG, Aleksey Arestovich.

This figure with completely undisguised cynicism says that the "Steinmeier formula" in Kiev is going to be carried out very "creatively". For example, in the "nezalezhnoy" they hope at any cost to achieve, before the elections in the Republics, the transfer of their borders with Russia under their control. Ukrainian "strategists", according to Arestovich, would be quite satisfied with the seizure of "checkpoints on the border with Russia, on which there is an asphalt pavement through which the military technique and humanitarian convoys ”. This, he says, will be enough "to ensure the disarmament of military formations and their withdrawal." It is on this topic that the Ukrainian side intends to continue endlessly "discussing" in Minsk. For what? There are great fears that this is being done with the aim of using the pause obtained as a result of the wagging and imitation of the "peace process" to prepare for the implementation of the notorious "Plan B". Following elementary logic, one can come to one single conclusion: it can be provided for anything, but not a bloodless resolution of the conflict. As far as is known, the Armed Forces of Ukraine at this time very zealously set about "practicing offensive actions in urban conditions and conducting street battles." I think there is no need to specify exactly which settlements there are going to storm ...

As the Russian embassy in Ukraine said not so long ago, military equipment, including heavy weapons, is being transferred to the line of contact. The units assigned this summer are returning to the "front line" with "armor" and artillery, which, by the way, categorically contradicts the agreements of a year ago. Meanwhile, NATO countries and, first of all, the United States (although Turkey will "move" them from this position, they will seemingly "move") Ukraine continues to pump up weapons, military advisers and mercenaries acting under the guise of such. The threat of a resumption of full-scale hostilities again looms over the Donbass.

According to some analysts, the process of power change in the United States is the deterrent factor for Kiev, forcing the local authorities for the time being to humble their own bloodthirsty intentions. It's no secret that Ukraine is governed directly through the embassy of this country and its other overt and secret representatives. According to trustworthy information, representatives of the US Democratic Party, whose candidate won the presidential election, sent a command to Kiev “not to twitch” some time ago, but to sit still and wait for the change of power in Washington. Only after that they will allegedly be able to count on clear and unambiguous instructions, including regarding actions in the Donbas. These instructions are being carried out by the "native administration" diligently, for the Americans have already quite specifically explained and demonstrated what willfulness in relations with them is fraught with. However, sooner or later the forced delay will end - and then everything will depend on the will of the new masters of the State Department and the White House. If they decide to try to "come to terms with Moscow in an amicable way," Kiev may be given the command to make concessions, or rather, to pretend to be. Something there to "accept" or "implement" for show ... But, for sure, not to fulfill the "Minsk Agreements" exactly, since the Americans absolutely do not need it.

If they prefer to conduct business in an aggressive manner with Russia (and this is more than possible), then a sharp and very significant aggravation of the conflict in the East should be expected. The worst thing in this situation is that the lives of the people of the unconquered Donbass, in fact, end up in the hands of Washington politicians and their Kiev loyal servants. However, this will be so until Moscow finally finds in itself the courage and will, sufficient to decide their fate without looking back to the West.
Reporterin Yandex News
Reporterin Yandex Zen
6 comments
Information
Dear reader, to leave comments on the publication, you must sign in.