"A blow to Dimona will be enough." How Iran will avenge Israel for its scientist 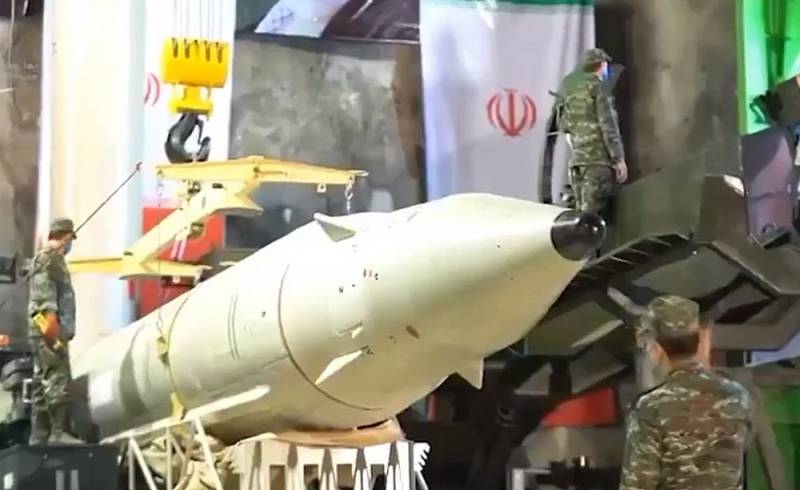 The assassination of the famous Iranian nuclear physicist, which is attributed to the Israeli special services, has put Tehran and Tel Aviv on the brink of direct armed conflict. The Islamic Republic promises to take revenge, and from the experience of "responding" for the death of General Suleimani, it is clear that the Persians do not throw words to the wind. But what will be their response this time?


The fact that the Mossad is suspected of the death of Mohsen Fakhrizade has certain grounds. Israel is very much afraid of the development of the Iranian nuclear program, which could lead to the emergence of Tehran's own nuclear arsenal. Given the modest size of the Jewish state, a successful attack on it with weapons of mass destruction would effectively end its existence. Especially if the strike falls on the Dimona research center, which is considered the site of the creation of Israeli nuclear weapons, the presence of which Tel Aviv does not confirm, but does not deny. Last year, Ayatollah Mohammad Ali Movahedi Kermani issued the following warning to the United States and Israel:

If Iran decides to confront you, one missile strike on the Dimona reactor will be enough.
Another prominent Iranian physicist, Majid Shahriari, was killed ten years ago, which is also believed to be the work of Israeli intelligence services trying to slow down the development of the Islamic Republic's nuclear program. For its self-defense, the Jewish state, which has already received its own nuclear arsenal, clearly does not shun any methods. This time Tehran threatens to respond accordingly. Recall that for the murder of Soleimani, the Americans received a massive missile attack on their military base. The Western press reports that Israel has put all of its anti-missile systems on high alert.

But where can the Iranian missiles fly this time? It is clear that they will not really hit Dimona, but Tehran calls another target - the Israeli city of Haifa. However, this raises serious doubts.

At firstFor a successful missile attack on this large business center, Lebanon, Israel's neighbor, where the positions of the pro-Iranian Hezbollah grouping are strong, should be used as a springboard. However, Lebanon today is experiencing the most serious economic problems caused by the recent tragedy in the port of Beirut. This country is in dire need of money for reconstruction, and now it has no time for war with Israel. On the contrary, Tel Aviv has taken steps to accommodate it in negotiations on the Mediterranean shelf, which provide new opportunities for gas production, which will allow Lebanon to improve its financial affairs.

Secondly, it is necessary to take into account possible political changes in the United States. With a high degree of probability, the Democrats, who were at the origin of the Iranian nuclear deal, may officially return to power in the White House in a week. If you launch a missile attack now, then outgoing President Trump could give the go-ahead for the start of the US military action with Iran. If this is done after his departure, then President Biden will have no chance of returning to a nuclear deal with the Islamic Republic, which she clearly does not mind doing. Let's just say that the cunning Israelis very precisely chose the time for their next strike on the Iranian nuclear program, and they will hardly answer for the murder of Mohsen Fakhrizadeh with great blood.

The tit-for-tat option looks much more realistic. In particular, the Iranian special services may try to eliminate those who personally participated in the murder of the physicist and his preparation, or some Israeli nuclear scientist. True, Tel Aviv claims that all these threats were taken into account and reduced to zero the possibility of their implementation. Time will tell whether it is true or not.
Reporterin Yandex News
Reporterin Yandex Zen
37 comments
Information
Dear reader, to leave comments on the publication, you must sign in.