Will Boeing's revenge succeed? How the 737 MAX tries to return to the sky 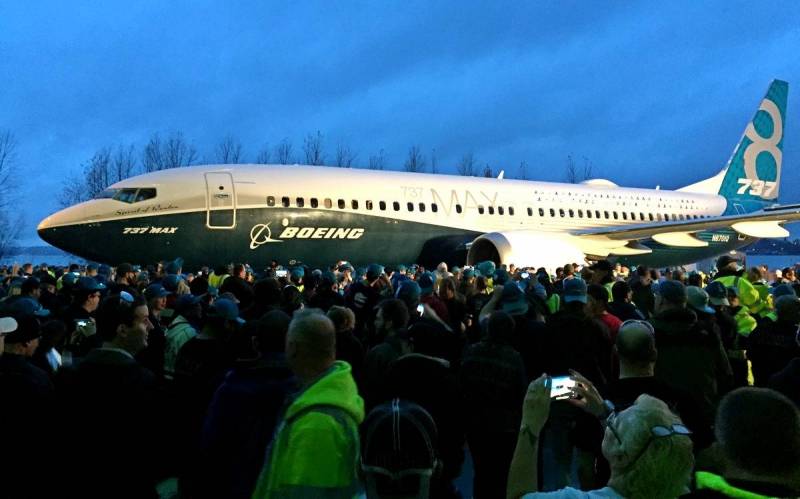 So, it happened - from today the world's first airline resumes operation of the Boeing 737 MAX. "Weaned" from the sky for as long as 20 months, the model aircraft, all over the world associated, first of all, with the two most large-scale air crashes of recent times and almost ditching their own manufacturing company, will again take off the ground.


Apparently, the massive return of the 737 MAX to the airlines is not far off. If, of course, they will have somewhere to return ...

The most courageous in the world were the Brazilian aviators. The local National Civil Aviation Agency (ANAC) took the appropriate decision faster than anyone after the Federal Aviation Administration of the United States (FAA) on November 18 of this year made a statement that the 737 MAX could be allowed to fly, and its first was held in the United States. , a demonstration flight. The largest Brazilian airline GOL, which has seven such aircraft in its fleet, will be the pioneer in the return of these ships with a badly tarnished reputation. According to the representatives of the carrier, colossal work preceded the new takeoffs of the problem model - in particular, 140 pilots underwent retraining in accordance with the significantly changed requirements of the FAA and ANAC, who are to sit at the helm.

Recall that the approval by the American regulator of programs for the retraining of pilots of all companies without exception, which will have the courage to return the 737 MAX to their lines, has become one of the essential conditions for the permission of its flights, along with a complete software update of all such aircraft. The FAA also reserves the right to tightly monitor the maintenance of all liners that have stood idle due to the ban on their operation on the ground without movement for more than a year and a half. Again, for each aircraft of this model, produced after the decision to suspend their flights (and there are about 400 of them), the US Federal Aviation Administration intends to issue separate certificates - both airworthiness and export.

All this, of course, is fraught with a fair amount of red tape, costs and nerves for the management and employees of the aircraft corporation. However, what is happening now is clearly a breakthrough in comparison with the recent situation, which very specifically threatened Boeing Co. bankruptcy. To the general refusal of consumers from the 737 MAX, which cost the company to break many of the agreements already concluded and to cancel the planned deals, there was added the need to pay huge compensations. Moreover, it was not only about the families of victims of plane crashes of flights of Lion Air in November 2018 and Ethiopian Airlines in March 2019, according to available data, which cost Boeing $ 100 million, but also about more than weighty claims against the corporation, which was required to pay for losses incurred by carriers due to the forced downtime of "prohibited" aircraft. Not surprisingly, as soon as the FAA "changed its anger to mercy", albeit with a lot of significant reservations, a campaign was launched in the United States to "rehabilitate" the disgraced car. At the forefront of such is the country's largest air carrier American Airlines.

On December 1, its chief executive officer, Doug Parker, took to the skies aboard the 737 MAX, subsequently swearing to the public that he was not afraid to take his own wife on this flight and who spent it in the company of his colleagues "in complete peace of mind." Indeed, from takeoff to landing, everything was quite safe and literally the next day a more representative event took place - a Boeing 737 MAX departed from Dallas (Texas) to Tulsa (Oklahoma), on board which were not only employees of the airline itself and the company -carrier, but also quite numerous media representatives. Their reports "from the skies" were supposed to finally dispel the fear of the Americans of the liner. The next step is the next step - the first commercial flight of American Airlines on 737 MAX is to take place on December 29 this year on the Miami-New York route.

"Big redistribution" will not take place?

The most interesting thing is that the coronavirus pandemic that swept the world in the current situation, on the one hand, exacerbated the problems of Boeing Co., but on the other hand, it unexpectedly played into its hands. If not for the ill-fated COVID-19, everything could have turned out much worse for her. The rapid spread of the disease and, in practice, the complete cessation of air traffic in the world "paused" the activities of every single manufacturer of winged aircraft in the world, and not just the "fined" American aviation giant. Yes, in October of this year, Boeing did not receive a single order, but nobody received them, including the main competitor of the concern, the European Airbus. If it were not for the pandemic, the shipping companies would simply have to reorient themselves to other liner models, looking for a replacement for the unknown 737 MAX stuck on the ground. The corporation hopes that they have managed to "sit out" the most dangerous time in terms of such changes and expect a chance for a "revenge" - and with the help of the same 737 MAX!

Now in the world media with might and main they are talking about the record (by the standards of the current most difficult time for aviators) order received by Boeing from the Irish low-cost airline Ryanair. Its representatives announced their intentions to increase the earlier orders for Boeing 737 MAX aircraft by 75 units. Thus, the total number of airliners that the Irish intend to acquire will increase to 210. It is not surprising that immediately after such news, the stock exchange quotations for the shares of the Boeing Co. soared by almost 6%. However, this is not the first order received by the company after the FAA decision which became fatal for it. The Poles were the first to succeed. Enter Air, the country's largest charter carrier, has expressed a desire to buy two 737 MAXs in addition to its already sizable fleet of aircraft from Boeing. This deal was the first since November 2019, when Boeing received three dozen MAX orders during the Dubai International Air Show.

Without a doubt, these positive shifts for the corporation are directly related to the resonant statement of the head of the European Aviation Safety Agency (EASA) Patrick Kai about the possible resumption of 737 MAX flights in the Old World as early as January 2021. However, his words, extremely cautious and evasive, can hardly serve as a reason for excessive optimism on the part of Boeing. Literally, Kai mentioned that the decision to return the problem liner to European lines "can probably be made." However - only after EASA has carried out its own examination of this aircraft - "independent and objective". It is, of course, independent of the opinion of the FAA, which dominates everyone in this matter, which has already given a swing at least once in making decisions regarding the operational safety of the 737 MAX. This story, voiced at the hearings in the US Congress, will now be remembered by the American regulator for a very long time. And why should the Europeans rush to the return of Boeing, which is not too profitable for them? They need to support their own manufacturer Airbus, which is what they intend to do first. So the misadventures of the 737 MAX in the European Union may last much longer than at home.

However, they did not express much enthusiasm for it even in Canada, where they reminded the United States of the significant differences in the aviation security protocols of the two countries. It was on this basis that the Canadians flatly refused to lift the ban until their own regulators came to the firm belief that there were no and could not be any problems with the liner. In any case, this is precisely the position that was voiced at the level of the leadership of the local Ministry of Transport.

The situation is even more difficult with China, which for a long time was one of the largest and fastest growing markets for Boeing Co. Beijing completely ignores the decision of the US Federal Aviation Administration on the 737 MAX, as well as all the fuss that arose after it. The silence of the Celestial Empire for the American corporation seems rather ominous. First, against the backdrop of the ongoing "trade war" between the countries, the Chinese comrades, who at one time were the first in the world to impose a total and tough ban on the operation of the 737 MAX, are unlikely to be among those who will go to its cancellation. But the most important thing is not even that. As far as we know, the final stage of certification tests of the Chinese medium-haul liner C919, which is a direct and more than real competitor of the very aircraft that Boeing is now trying to return to the skies, has already begun. Considering that the company-developer of this aircraft, Comac, once announced plans to produce up to 150 aircraft per year, then if they are implemented, there will simply be no room for the Americans in the Chinese market. And that's at least.

Alas, it is impossible to say the same about the domestic aircraft industry. Yes, Russia has its own, quite worthy alternative to the 737 MAX - the MS-21 airliner. But, to our great regret, unlike our Chinese comrades, we are so “tied” in its creation to imported components and components that there is no talk of any real competition with the Americans yet. Moreover, the United States is well aware of this, and it is for this reason that the new package of sanctions recently imposed by Washington is targeting the Russian aircraft industry. To date, there is no clear position officially announced by Rosaviatsia on the FAA's decision to resume flights 737 MAX. However, according to some behind-the-scenes data, such a possibility is, in principle, considered in domestic regulatory structures. On the other hand, for domestic air carriers, which at the time of the introduction of the ban had only two such cars in their fleet, the question, it seems, is not fundamental. Nevertheless, if we talk about the prospects, in one way or another, Russia will have to either realistically, and not in words, solve the problem of import substitution and develop its own aircraft industry, or more and more open its sky for foreign-made cars. This includes the Boeing 737 МАХ, which continues to raise doubts.
Ctrl Enter
Noticed oshЫbku Highlight text and press. Ctrl + Enter
We are
Hard choice for the USA: Boeing - “you can’t have mercy on execution”
Boeing will not take off this year. But it will not crash
Reporterin Yandex News
Read Reporterin Google News
3 comments
Information
Dear reader, to leave comments on the publication, you must sign in.