Was the Israeli F-35 really hit in the skies over Syria? 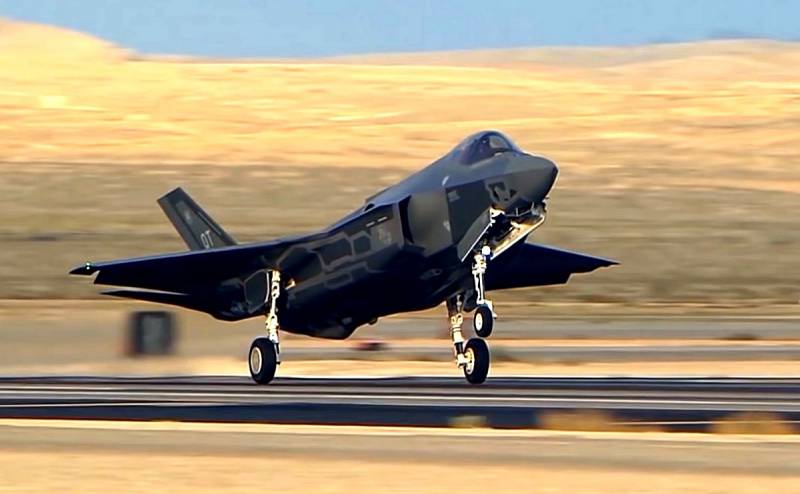 From December 2016 to the end of 2020, the Israeli Air Force received 18 fifth-generation F-35 American fighters out of 50 ordered. But in 2017, the media reported that one of these "stealth" aircraft was hit by a Soviet S-200 air defense missile in the skies over Syria. The Indian edition of the EurAsian Times tried to find out whether this really happened.

According to available information, the Syrian air defense used an S-200 missile against an Israeli plane
- wrote then the news agency SouthFront.

At the same time, the Israel Defense Forces (IDF) stated that a missile from Syria was indeed used against its plane, but there was no hit. However, the Israelis did not specify what kind of aircraft they used for the "routine flight" over Lebanon.

Then, according to the IDF, four rounds of ammunition were fired at the Syrian air defense battery, damaging it so much that it no longer worked.
- said the Israeli newspaper Haaretz.

Several missiles from the occupied territories (Golan Heights - ed.) Hit the position of the Syrian army near Damascus, causing material damage
- informed the Syrians, confirming the strike by the Israelis.

At the same time, the Syrian military added that the Israeli Air Force violated Syrian airspace on the border with Lebanon in the Baalbek area, to which there was a corresponding reaction.

Air defense weapons directly hit one of the aircraft, forcing the enemy to retreat
- say the Syrians.

This contradicts Tel Aviv's claims that not a single plane was hit. After that, Israeli Prime Minister Benjamin Netanyahu called the incident "unacceptable", stressing that "if someone tries to harm us, we will retaliate." Moreover, this event took place on the same day when Russian Defense Minister Sergei Shoigu was on a visit to Tel Aviv. This sparked rumors that the Israeli Air Force's defeat was a show of strength by the Russian-Iranian-Syrian alliance. But Moscow is not sending Israeli planes.

On the same day, Israeli media announced that an Israeli Air Force F-35 had been damaged by a bird. Moreover, the accident allegedly occurred two weeks before the above events. The authorities immediately informed Lockheed Martin of the incident in order to find out if the aircraft could be used in the future or not.

Before the planned landing of the F-35 aircraft, two damage to the fuselage were recorded as a result of a collision with birds.
- said the representative of the IDF.

The plane made a normal landing at the base and was sent for maintenance, as is customary after such cases. The plane will be in use and will return to the sky in the coming days
- reported to the IDF.

SouthFront noted that the Israelis did not publish photographs of the F-35 after the alleged "bird strike" took place. At the same time, the American edition of The Drive expressed confidence that the IDF would no longer use this aircraft on combat missions to Syria. The F-35 is a particularly sensitive procurement topic for the Israeli government, so there will be no risk there.
Reporterin Yandex News
Reporterin Yandex Zen
13 comments
Information
Dear reader, to leave comments on the publication, you must sign in.