"The level of special operations is growing": how was the military sortie of the Armed Forces of Ukraine to Russia 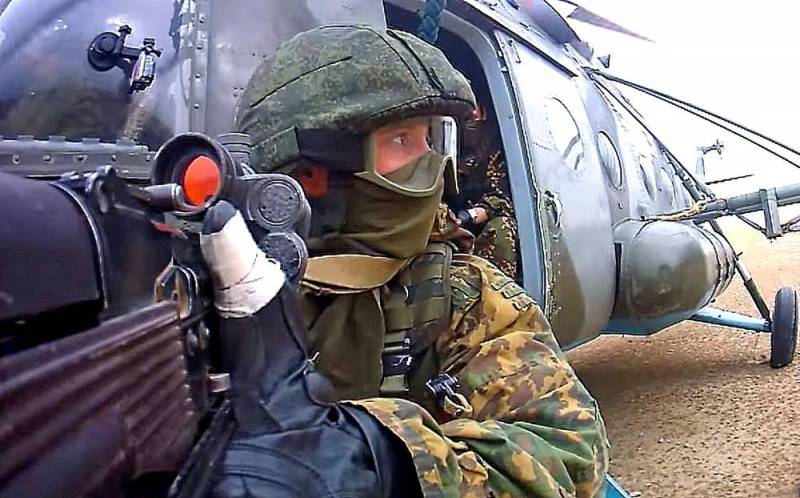 December 4, 2020 at the Russian-Ukrainian border happened clash of border guards of the FSB of the Russian Federation with a group of the Special Operations Forces of Ukraine. In Russia, they appreciated the military sortie of the special forces of the Armed Forces of Ukraine, during which one of the violators was killed.


According to Vladlen Tatarsky, a former Donbass militia, Ukrainian security officials tried to kidnap Russian Denis Kharitonov, a participant in the armed conflict in the South-East of Ukraine. In fact, what happened is a continuation of the unsuccessful operation of the Ukrainian special services on Belarusian territory, when in the summer of this year Kiev tried to get a detachment of "Wagnerians" through Minsk, who fought on the side of Lugansk and Donetsk. Moreover, Kharitonov was one of those who spoke in detail about himself over the phone when the attackers offered him a job in a security structure. However, Tatarsky's version is somewhat different from the official interpretation.

A few days ago, a Russian citizen was abducted by SBU officers and their liaison in the Belgorod region. By intravenous injection of a special drug, he was injected into a state in which he could not resist. The group headed towards the state border with Ukraine, where an unsuccessful attempt was made to exfiltrate the group. They were provided with fire support from the Ukrainian side. As a result of the clash, one well-equipped SSO soldier of the Armed Forces of Ukraine was destroyed, work is underway to identify agents in Russia. The Russian was released, he is safe
- says Tatarsky.

Our special services are great, they tried to take the group when crossing the border. But it should be noted that the level of special operations carried out by Kiev is growing. They may not succeed, but at least they are not afraid to try
- summed up Tatarsky.

Three years ago, everyone laughed at the new logo of the Ukrainian power steering - an owl sticking a sword into the globe, specifically to Russia? Remember? Laughing? Something I do not remember recently, especially successful operations on the territory of Ukraine
- he noted in his blog.

In turn, the military journalist Yevgeny Poddubny is concerned that the level of Ukraine's special services is growing, because they gain some experience even if the operation fails.

It is not surprising that the Ukrainian special services are trying to work on the territory of Russia. They are not seen beyond the Urals. Over the past 6 years, Kiev has been actively developing the MTR. US instructors help. Kiev has access to the leading military technology for special forces. They also renounced the charter, i.e. serve as pirates, which is a plus for certain tasks. Well, one language, one everyday culture. If anyone can work in the south-west of Russia, they are specialists from Ukraine. While they are getting crooked. Lack of experience. But everything comes with experience. Jews also worked crookedly. Then they learned. We need to strengthen the Ukrainian direction. And not to live with memories of 2014 in Debaltsevo
- says Poddubny.

Note that before this, your point of view about what happened expressed Colonel Sergei Goncharov, head of the International Association of Veterans of the Alpha Anti-Terror Unit. He called the incident an open provocation of the Ukrainian side.

In turn, the State Border Guard Service of Ukraine officially announced that no data was found to confirm the reliability of the information of the Russian side. During the border-representative meeting on the border line, the Russian border guards were unable to provide any confirmation of the fact of the violation of the border by a group of persons from Ukraine, including traces of border crossing on the ground. The Russian side also did not provide any information about the person who, according to them, died, and the weapon that the violator could use.
Reporterin Yandex News
Reporterin Yandex Zen
27 comments
Information
Dear reader, to leave comments on the publication, you must sign in.