"To deprive Kiev of transit": in Europe told about the "Trojan horse" of the Russian Federation in the Black Sea 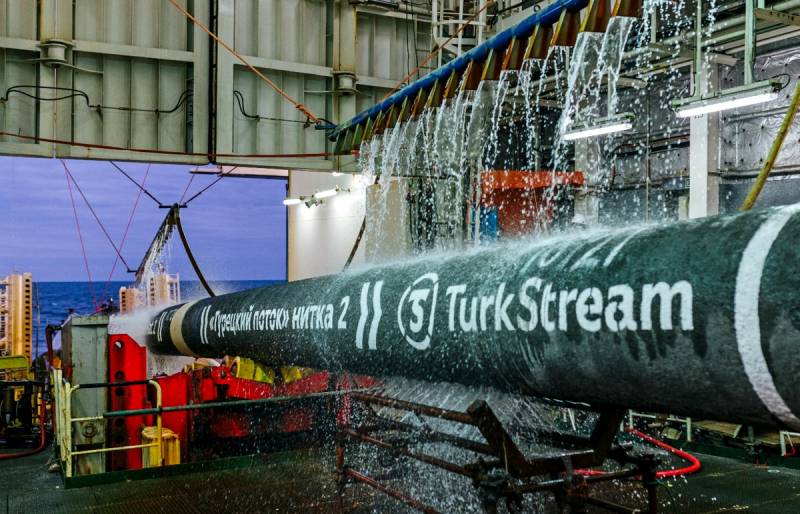 The tacit acceptance of the Turkish Stream by the European Union is an incorrect assessment of the danger this pipeline poses, writes the pan-European media network EURACTIV.

Energy-rich authoritarian countries use energy exports to generate economic benefits and as an instrument of foreign policy influence
- says the report, prepared by order of the European Parliament.

The document states that the Turkish Stream is Russia's Trojan horse under the Black Sea, which is a textbook example of the use of the gas pipeline for geopolitical purposes. Therefore, the EU should take measures to stop this project, or, at least, require strict compliance with the Third Energy Package for this highway.

The main business goal should always be making a profit. However, Gazprom is spending billions on a commercially viable project. For decades, the countries of South-Eastern Europe have been supplied with gas through the Trans-Balkan gas pipeline. Now this pipeline, designed to pump 27 billion cubic meters. m of gas per year, idle, working at 5% of its capacity. On the other hand, the volumes of gas pumped through the Turkish Stream, designed for 31 billion cubic meters, are increasing. meters of gas per year.

Hungary, which borders Ukraine and has direct access to the huge Ukrainian gas transmission system, plans to start buying gas on the border with Serbia from the continuation of the Turkish Stream. In this case, the operation of the alternative gas route cannot be taken for granted. Since the countries of Southeastern Europe are switching to gas imports through the Turkish Stream, succumbing to pressure from Gazprom.

Moscow is going to deprive Kiev of transit at any cost. After that, Europe will find itself hostage to an unpredictable geopolitical situation. As a result, all costs will have to be borne by European end users
- specified in the document.

We should not underestimate the risk of instability and militarization of the Black Sea region. Russia again demonstrates its readiness to use energy weapons and can undermine the security of Europe, the newspaper concluded.
Reporterin Yandex News
Reporterin Yandex Zen
7 comments
Information
Dear reader, to leave comments on the publication, you must sign in.