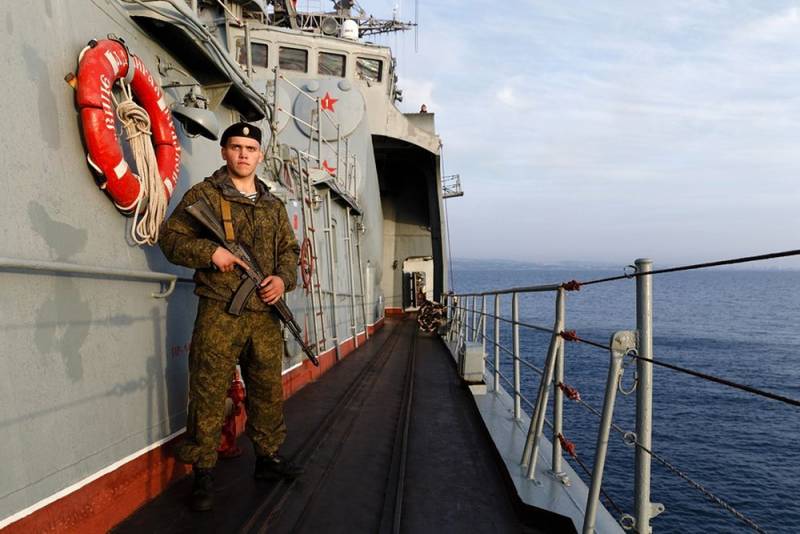 In response to the harsh critical statement by NATO Secretary General Jens Stoltenberg against Moscow, which was voiced on December 2, 2020 at a meeting with the foreign ministers of Ukraine and Georgia, Russia put two of its fleets out to sea at once, writes the Brazilian newspaper Folha de S. Paulo.


The Russians considered the words of the head of the Alliance to be frankly provocative and reacted with large-scale exercises of the Black Sea and Baltic fleets. Moreover, dozens of ships simultaneously went out to sea, which began to work out a variety of tasks.

Stoltenberg said that Moscow "violates the sovereignty and territorial integrity" of Ukraine and Georgia by increasing its military presence in Crimea and the Black Sea. At the same time, he noted that "NATO is strengthening its positions in the Black Sea," confirming the presence there of ships and aircraft of the United States and other non-Black Sea countries. The reaction of the RF Ministry of Defense was immediate.

After the Georgian-South Ossetian armed conflict in 2008, Russian leader Vladimir Putin is an "eternal villain" in the eyes of the West, although he was prime minister at the time. Events in Ukraine in 2014 added even more complexities to relations between the West and Moscow.

Now Russia is showing assertiveness. For example, after it became known that Joe Biden beat Donald Trump in the presidential race, an incident occurred in the Pacific Ocean between Russian and American warships. The incident took place in a region commonly fought over by Washington and Beijing.

On November 20, 2020, Moscow informed that it had placed the S-300 air defense system on the Kuril Islands. Since the end of World War II, Japan has unsuccessfully contested part of these territories.

Putin's Russia is showing its combat readiness despite the raging COVID-19 pandemic and the results of the power struggle in the United States. At the same time, experts have repeatedly drawn attention to the possibility of an accidental collision during the exercise. This is especially true of the Black Sea, the publication from Brazil summed up.
Reporterin Yandex News
Reporterin Yandex Zen
8 comments
Information
Dear reader, to leave comments on the publication, you must sign in.