Russia went all-in on the revival of national shipbuilding 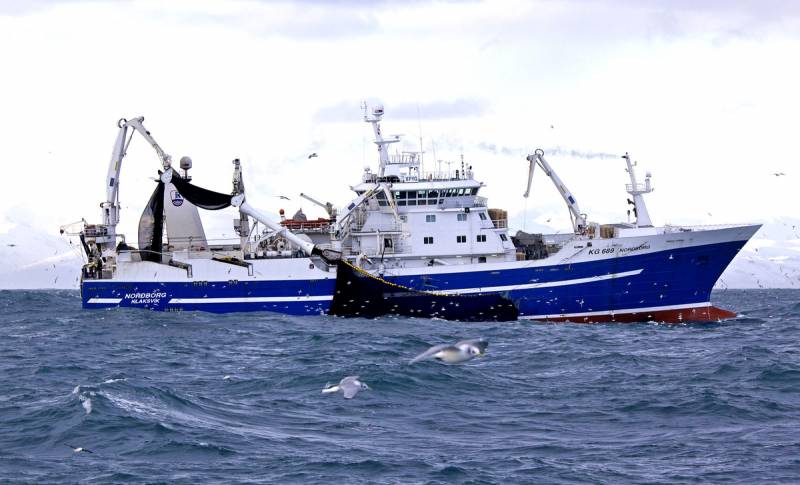 In recent years, Russia has been feverishly trying to revive the domestic civil shipbuilding and has been able to achieve some success in this. However, the complex of problems facing this industry is so great that the plans of the authorities cause undisguised skepticism among the Western expert community.


In the next 15 years, the Russian government expects that the portfolio of orders for civilian ships will increase sixfold, amounting to 2,3 trillion rubles. The plans are very ambitious, and today Russia is among the world leaders in terms of order volumes, about which we are in detail told earlier. Icebreakers, ice-class vessels, dry cargo vessels, trawlers and other vessels are under construction. However, the volume of orders should not be confused with the volume of actual production. Alas, by and large, domestic shipbuilding is uncompetitive compared to Chinese, South Korean or Japanese, where a huge container ship or tanker takes up to two years, and in Russia a much more modest ship can be built for 5-7 years. At a recent government meeting, the head of the Cabinet of Ministers Mikhail Mishustin himself admitted that Russian shipbuilders were de facto uncompetitive. What is the reason for this lag?

The origins of this unfortunate phenomenon are clearly visible in the example of the program for the construction of small fishing trawlers, which, in theory, should not present any special problems. But they do. Thus, the specialized Western edition of Seafood Source stated:

The Russian government's ambitious plan to modernize its national fishing fleet with an investment quota incentive program that links quota allocation to investment in new vessels at Russian shipyards is likely to be delayed.
Experts attribute this to the fact that Russian shipbuilding companies are unable to build fishing vessels within the timeframes stipulated by the program's charter. And this is not the machinations of enemy propaganda. Sergei Mitin, representing the relevant committee of the Federation Council, confirms that last year there was a postponement of the deadlines for four contracts, this year - for seven, and next year it is expected to adjust the deadlines for at least five contracts. The dates are disrupted and shifted to the right continuously, this is a fact. There are several reasons for this.

At first, there is a large shortage of professional staff. There are more than enough people who know how to "effectively" manage from the offices, but there are not so many who can do something sensible with their hands, for example, weld or solder. Technical education and specialties are not in vogue these days, and for a long time, this is the result.

Secondly, the dependence on imported components is still very high. This, on the one hand, leads to an increase in the cost of production in the context of the devaluation of the ruble, on the other hand, from time to time you have to sit and wait for the delivery of equipment from abroad. It is necessary to develop new projects that can be pulled out only on their own.

Good news it can be considered that the government has decided to create a kind of competence center for shipbuilding equipment, which will have to coordinate the interaction between shipyards, component manufacturers and design offices. If this structure can effectively link them together by comprehensively approaching the solution of the above problems, this will be a real and big step forward in the revival of the national civil shipbuilding.
Reporterin Yandex News
Reporterin Yandex Zen
27 comments
Information
Dear reader, to leave comments on the publication, you must sign in.