Russia is disappearing before our eyes

25 2018 June
3
The reform undertaken by the government with an increase in the retirement age makes us turn to numbers. And they scare. It turns out that up to 65 years in Russia do not survive 43% of men! In terms of mortality among the stronger sex, our country is in first place in Europe. 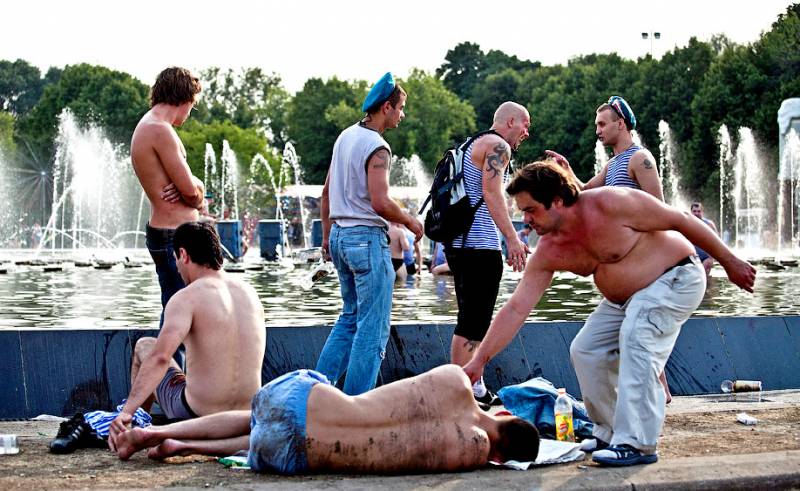 It is worth recalling that, according to the forecast of the United Nations, the population of the Russian Federation will not increase, but will decrease by 11 million people by 2050. Do not forget that 38 million people in the Chinese province of Heilongjiang alone scornfully look across the border at the miserable 6 million Russian residents of the entire Far East.

Well-fed policy, polished journalists and arrogant bloggers with full faces say with one voice that they themselves are to blame for the increased mortality of Russian men. Say, beer, vodka, alcoholic substitutes, tobacco, sofa, genetically modified fried potatoes and online games instead of football with friends in the yard, at worst, towns. Moreover, the Jesuit is silent that the problem of increased male mortality is primarily socialeconomic.

The main reasons for the degradation of many Russian men are the lack of goals in life, state ideology and personal ideals, social elevators for self-realization. The general has his own son, the marshal has his own, as in that joke. It so happened that prosecutors, judges and police officers, state and municipal officials have their own children, who also need to build a career along the beaten track.

Gradually, all these structures turn into closed service estates, which are difficult to access from the side, and once you get inevitably you run into a certain impenetrable ceiling for career growth. The result - unloved work with a small salary, alcohol, tobacco and endless shows with the stars to distract from their own meaningless and unpromising life, and in the end, with luck, a miserable pension.

But even if you are lucky with a good well-paid job that brings a sense of self-fulfillment, even if you eat properly, you still have to breathe city air poisoned by exhaust gases and industrial emissions alone, drink water saturated with health-doubtful elements. As a result, we have to turn to domestic medicine. In fairness, I must admit that hospitals and doctors are different. But there are many who work according to the principle:

Will we treat or let him live?

Some "Aesculapius" turned medicine into a system of squeezing money out of the population. People who know the healthcare system from the inside cite an anonymous quote from one head physician:

If my doctor brings less than one hundred thousand a month, I dismiss him in FIG.

Being treated in our country is becoming more and more expensive. Moreover, brave men are often afraid of injections and doctors and go to the hospital only when the diseased organ has to be literally carried in their hands. And completely in vain.

Statistics show that 15-16% of Russian men are simply barren. Given the fact that men avoid participating in such studies, the real percentage should be significantly higher. And the problem of infertility against the background of stress, bad ecology and nutrition, as well as a complex of other adverse factors, is gradually progressing.

The bottom line is that with a decrease in the number of healthy and able-bodied men, the economic future in our country is extremely foggy.
Ctrl Enter
Noticed oshЫbku Highlight text and press. Ctrl + Enter
We are
Where is Russia going?
West sentenced Russia
Reporterin Yandex News
Read Reporterin Google News
3 comments
Information
Dear reader, to leave comments on the publication, you must sign in.