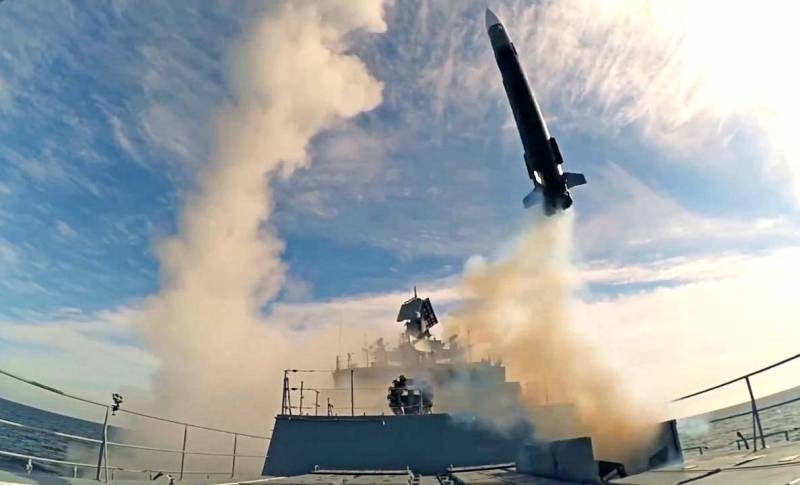 The Swedish business newspaper Dagens Industri discusses the "Russian threat" to Europe. Referring to the experience of the Russian Federation in Syria, it is noted that the Russians have now tested new Technology missile strikes. At the same time, the United States has not come up with anything fundamentally new since the presidency of George W. Bush.


The article emphasizes that up until the 2010s, American aircraft carriers were virtually invulnerable in the oceans. However, now this is also in the past.

The very idea that Russia can hit targets across Europe with high precision and without the use of nuclear weapons now affects the way of thinking in all capitals. They [the Europeans] have lost their strategic freedom, have become afraid of the whole world and have nightmares about the Russians ruling their democracies with the help of agents of influence
- noted in the publication.

It is argued that for their own peace and security, the Europeans need to look closely at Israel's experience with its Iron Dome, since the Patriot complexes or their analogues are clearly not enough to repel modern threats.

It is openly stated that "Sweden should take the lead and work with allies to develop something similar for the Baltic region and Northern Europe." This hypothetical technology is called in the text "Baltic Dome".

At the same time, Swedish users of the news resource argued about whether there really was a “Russian threat”.

The EU may and needs this "dome", but it is unlikely against Russia. […] And there are 3 reasons. For starters, despite all the solar and wind generators, with every decommissioned coal-fired power plant and every closed reactor, dependence on Russian gas only increases - there is no need for rockets. This time.

Secondly. There are doubts that this will work well enough. For example, Russia has the ability to send cheap decoys in such quantities that we will go broke if we try to stop them (terrorists “work” this way against Israel).

Well, and thirdly. Why would the Russians want to attack us in principle? Or the prime minister foresees a future in which the EU is actively entering the former Soviet Union [...]. In any other case, he worries in vain, because even Hitler did not climb on us
- Hej_77 doubted.

[…] US and other NATO forces are expanding their presence around Russia, often deploying troops in the same locations as Hitler before the 1941 attack on the Soviet Union. [...] Given the way the West behaves today, an even more nationalist government can be an alternative to the current regime in Russia
- writes a user with the nickname Salam Al Karadaghi.

Russia has huge problems at home. A decline in the population, especially men who die before the age of 50, low oil prices, corruption, etc.
- Bengt Karlsson notes.
Reporterin Yandex News
Reporterin Yandex Zen
2 comments
Information
Dear reader, to leave comments on the publication, you must sign in.