Refusal of the West from hydrocarbons will cost it industry 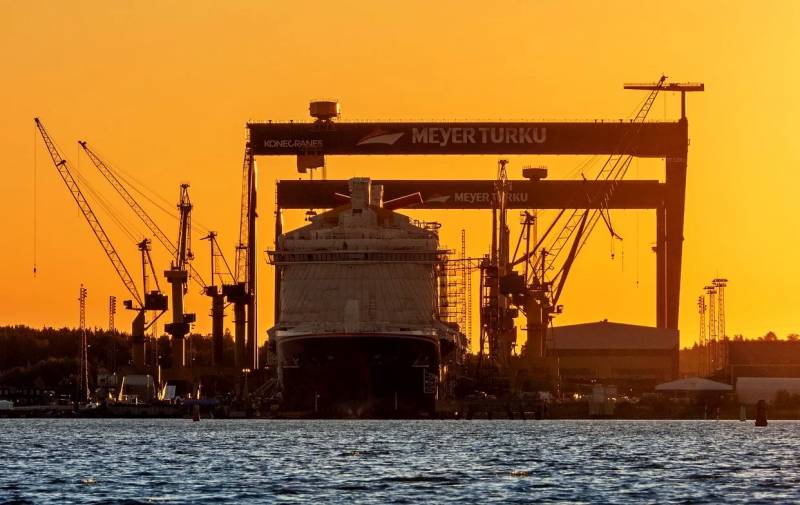 Mining of "black gold" is beginning to revive. After long consultations and extremely difficult negotiations, the OPEC + countries nevertheless came to an agreement on a gradual increase in oil production from the beginning of next year. At the same time, peremptory statements are being made in the West that “the time of hydrocarbon energy resources is over” and the world is entering a “new era”.


To what extent do such maxims correspond to the truth and why are they so stubbornly defended, first of all, in the USA? Let's try to figure it out.

Better than it was, but less than we would like

To begin with, however, let's return to the fateful OPEC + summit, organized in the best traditions of the current "coronavirus reality", that is, in the videoconference mode. Initially, it was planned to be held on December 1, but it was postponed for two days due to the fact that the most heated discussions unfolded around the impending deal. As you know, meetings of this kind, which are held at the level of the relevant ministers of the contracting countries, are preceded by preliminary consultations, during which, in fact, all the details are “settled down”. This time, the problem was that in the negotiating space, three completely different views clashed on how energy exporting countries should act in 2021.

Let me remind you that after a long "oil war", which brought considerable losses to all its participants and plunged energy prices down to negative values, OPEC + reached a mutually acceptable compromise. In accordance with it, the countries supporting this "hydrocarbon pact" extract from their bowels a total of 7.7 billion barrels of oil daily less than they did before the pandemic, before the economic and energy crisis it caused. Of this volume, Russia accounts for 1.2 billion.

It is clear that oilmen of all countries and continents are desperately itching their hands from the desire to "turn off the tap", but harder. However, no one wants a new price collapse either. This scenario is most feared in Saudi Arabia, whose representatives insisted on extending the current restrictions until March 2021, at least. The United Arab Emirates tried to reduce the discussion to non-fulfillment by certain parties to the transaction of their quotas for curtailing production - they say, what is the point of extending the moratorium if it is not observed? Russia was in favor of resuming production.

Such a possibility was envisaged even during the conclusion of the previous agreements, and it was planned to increase the volumes of "black gold" supplied to the markets quite significantly - by almost 2 million barrels per day. Nevertheless, life has made its own far from optimistic adjustments - the coronavirus pandemic is not only not completed, but also flared up in some places with renewed vigor. Hence the decision - from January the OPEC + countries will begin to allow themselves to increase production in four times less than planned - half a million barrels per day. It is expected to monitor the results, consult and adjust further quotas on a monthly basis. What the representatives of the high contracting parties agreed on unequivocally and unanimously was that a substantial revival economics, the transport industry and industry, and, consequently, the demand for energy resources, it will be possible to speak only after the really mass vaccination of the population of most countries of the world.

However, there are those who believe that the oil industry, and, consequently, those countries where it forms the basis of the economy, nothing good can be expected from the future even after COVID-19 is defeated. As an example, perhaps, we can cite a recent publication in such a respected American publication as Bloomberg. Its authors allowed themselves a statement as bold as it is controversial - they are 100% sure that “the decline of the oil era has become a fait accompli”, and the last, last “pre-coronavirus” year can be considered the historical peak of “black gold” consumption in the whole history humanity. What are such "epoch-making discoveries" based on and how much can they be trusted?

USA is not the whole world

First of all, Bloomberg refers to some "long-term forecasts" that were allegedly made even before the pandemic began and experts realized its destructive impact on the global economy by such leading oil-producing giants as British BP, Norwegian companies Equinor and Rystad Energy or the world-famous French Total SA ... Experts of all these corporations predicted the highest point of demand for the raw materials supplied by them approximately in the “fork” of 2027-2030. Further - only a decline. And this, mind you, without any COVID-19. The article also says that "the end of the era of hydrocarbons" is expected even in OPEC. True, they measured more before him - “a couple of decades”. At the same time, it should be noted that references to any specific documents are not given, it is only about "negative assessments of the prospects for demand for fossil energy resources, which are heard from everywhere." Further, however, the authors move on to more weighty, in their opinion, "arguments". It turns out that perhaps the most irrefutable proof that oil will soon turn into a kind of relic of the past, almost a historical relic, is the "trend towards an increase in the popularity of electric vehicles."

Look, good people - Daimler and Volkswagen are complaining about a downright "record drop in sales", while Elon Musk's Tesla, on the contrary, is flourishing, and its shares are growing by leaps and bounds at an unprecedented pace. Here, it seems to me, the most typical manipulation takes place - it is somehow not entirely correct to compare the performance of certain companies during the coronavirus crisis. Moreover, there is one very characteristic detail regarding Tesla - one of the main factories of the corporation is located in Shanghai, and due to the COVID-19 pandemic it was idle for a couple of weeks - unlike European and American enterprises in the automotive industry. Well, as for stock quotes ... I remember that Musk already had big problems in this matter - and just about Tesla. The accusations of fraud and fraud were so loud that he even had to leave the chair of the company's chairman of the board. So don't jump to conclusions ...

In the same article, of course, there are also references to the course towards "green energy" declared by many countries of the world, and above all Europe. They say that even China is going to "eliminate carbon dioxide emissions." But from this point it is worth delving into the question in more detail. I don’t know from what sources the authors of the publication I’ve cited drew the idea that the Celestial Empire intends to abandon the consumption of hydrocarbons or at least significantly reduce the volume of such. However, in the same American media not so long ago, a very unexpected discovery for their readers was made by the specialists of the International Energy Agency. According to them, China will become the world leader in oil refining in the future, 2021, decisively "moving" from this place the United States, which have held the leading position in the industry since the moment when the first oil rigs were erected. In the mid-late 60s of the last century, American capacities for processing "black gold" exceeded Chinese ones by 35 times! It seemed that this gap could not be bridged in principle.

And, nevertheless, this year another oil refinery (Convent), owned by such a giant as Shell, is being closed in the United States, and four giant enterprises of this particular profile are being built at a rapid pace in China. Experts have calculated that the capacity of only recently launched by Chinese comrades enterprises in the relevant industry exceeds 1.2 million barrels per day. And this despite the fact that the whole world has now reduced the volume of oil refining to the very minimum limit. In China, according to estimates of the Research Institute of Economics and of technologies Chinese National Petroleum Corporation (CNPC), by 2025, their increase is expected by 2.5 million barrels per day - and this is in comparison with the current, far from small "appetites" of the local industry and transport.

In the United States itself, the production of "black gold" in the context of the pandemic suffered huge losses - back in May it "sank" by 20% or 2.3 million barrels per day, and since then the indicators have definitely not improved. Taking into account the local specifics of the industry, that is, predominantly "shale" mining, this loss of positions (to the lowest level since the end of World War II) may become irreplaceable. No, the American oil industry will, of course, win back some interest and barrels - after all, people have invested money in the business, and a lot. However, with the arrival of Joe Biden in the White House, who has been incessantly broadcasting about "green energy" and the like throughout the election race, it can be unequivocally said that the "golden days" for this industry in the United States are over.

By the way, according to the latest data, oil reserves in the country are rapidly decreasing, while imports are growing. This is, perhaps, the reason for all American talk about the "end of the oil era", which, allegedly, awaits humanity. In the current conditions of the most severe economic and social crisis, the world, even with all the desire, will not be able to abandon the good old, time-tested and experience-tested hydrocarbons, for which its transport system and industry are "sharpened". Certainly, some experiments under the banner of the "fight for the environment" will be undertaken, but hardly on a global scale - they are too expensive.

But the turn of the world economy, including oil and gas flows to the East, is not only quite probable, but, in fact, is already happening before our eyes. Is the EU striving for "decarbonization"? And to your health. This will only mean accelerating the transfer of all industry from Western countries to Asia. And why not to Russia? One can only sympathize with the experts who persistently continue, speaking of trends and prospects, to put the sign of identity between the concepts of "American" and "universal". The whole world is not the USA, but the USA, fortunately, not the whole world. Soon they will have to realize this fully.
Reporterin Yandex News
Reporterin Yandex Zen
5 comments
Information
Dear reader, to leave comments on the publication, you must sign in.