MW: "Orlan" will remain one of the most dangerous ships in the world with only one condition 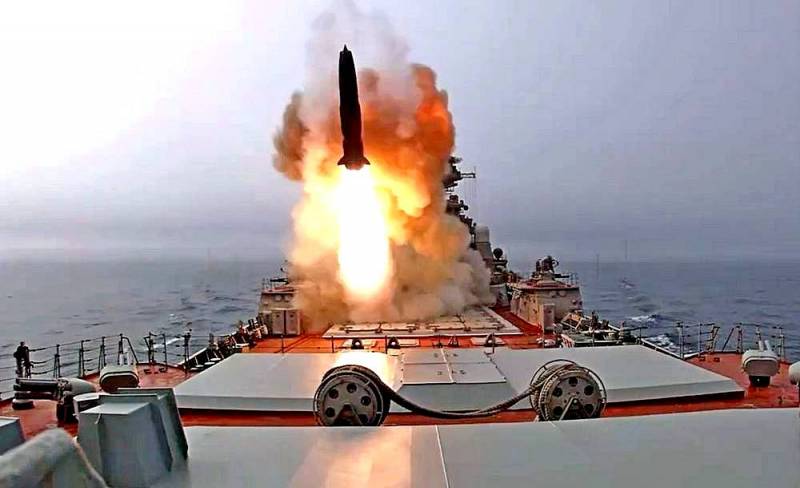 Today, large surface ships form the backbone of any major fleet in the world. They are well armed and perform a variety of tasks, from air defense / missile defense to countering potential enemy submarines, writes the American edition of Military Watch.


The largest ships are owned by the Russian Navy and the US Navy. But only the presence of the newest of technologies indicates the entry of a particular combat unit into the list of the most combat-ready in the world. They should be equipped with new radars, vertical launchers, a variety of weapons systems and a variety of equipment. The rating of the most dangerous warships on the planet is presented below.

In the first place are the PLA type 055 missile destroyers, which each have 112 launchers and a displacement of 12 thousand tons. In January 2020, the first destroyer, Nanchang, was commissioned. In the near future, the Chinese fleet will be replenished with seven more such ships. These destroyers will serve as escorts for Chinese aircraft carriers. In stealth, Type 055 is second only to the American destroyers Zumwalt. At the same time, they are armed with YJ-18 cruise missiles with a range of 540 km, which can destroy surface ships and objects on land, the HQ-9B air defense system (in the future HQ-26), as well as a 130-mm gun mount. The appearance on board the railgun is planned.

The second place is occupied by the largest surface warships in the world, with a displacement of 26 thousand tons. These are Soviet heavy nuclear missile cruisers of project 1144 "Orlan", which are in service with the Russian Navy. These ships are still some of the deadliest, especially in the context of naval duels. But time is inexorable for them too.

They are armed with massive P-700 cruise missiles with unique characteristics. At a speed of Mach 2, a 750 kg warhead flying at a range of up to 625 km will leave no ship a chance. In addition, there is an S-300F air defense system and an RPK-2 Vyuga anti-submarine complex.

The Russians still have one Peter the Great in service, but they also want to restore the Admiral Nakhimov in order to have a couple of such cruisers. Only a significant upgrade will allow the Eagles to remain one of the most dangerous ships on the planet.

In third place are the Chinese destroyers of the 052D type, with a displacement of 8,5 thousand tons. They began entering service with the PLA Navy in 2014, signaling China's technological breakthrough. They became the first Chinese ships with a modular vertical launch system. These destroyers are equipped with a wide range of equipment and a variety of weapons, including YJ-100 cruise missiles with a range of up to 1000 km, air defense systems and several new closed weapons systems.

The fourth place is occupied by the destroyers of the type "King Sejong the Great" of the South Korean Navy, with a total displacement of 11 thousand tons with 128 launchers. The first ship entered service in the fleet in 2008. The ships are equipped with the AEGIS system, gun mounts, anti-ship missiles, anti-submarine and mine-torpedo weapons.

Rounding out the top five are Japanese Maya-class destroyers with a displacement of more than 10 thousand tons with 96 launchers. The first ship was commissioned in March 2020. These destroyers are equipped with the AEGIS system and are capable of carrying Type 07 anti-submarine missiles, as well as up to eight Type 17 anti-ship missiles. However, they do not have missiles capable of striking ground targets, which significantly reduces their combat potential.
Reporterin Yandex News
Reporterin Yandex Zen
8 comments
Information
Dear reader, to leave comments on the publication, you must sign in.