In the confrontation with Russia in space, the United States uses dishonest methods 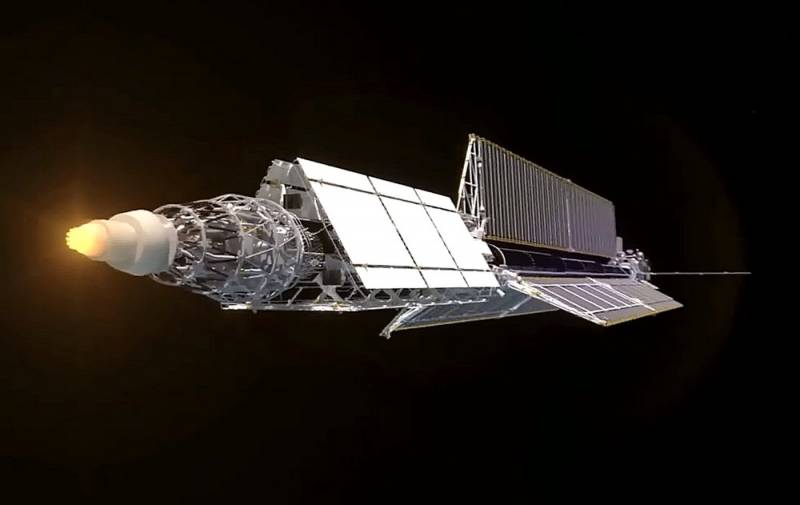 In recent days, much has been said about the prospects of the Russian space industry, and they, the prospects, do not seem very good. If everything continues in the same vein, then space will be whatever, American, Chinese or European, but not ours. Under the loud PR statements of the head of Roscosmos, we are only going backwards and surrendering position after position.


During the Soviet era, our country went "head to head" with the United States. Our Yuri Gagarin became the first man in space, the Americans were the first to set foot on the moon. Even after the collapse of the Soviet Union, the young Russian Federation by inertia retained its position, based on previous developments. Unfortunately, the peaceful rest on the laurels of predecessors in exchange for progress led to an obvious setback. At the same time, competitors were systematically preparing for the upcoming redistribution of space. And now it is happening, and Russia has almost nothing to oppose to it, we are now in too different weight categories.

At first, the total NASA budget exceeds the financial capabilities of Roscosmos by 8,3 times. At the same time, the budget of the domestic state corporation is constantly being cut due to sanctions, the fall in the ruble against the dollar and a decrease in oil and gas revenues.

SecondlyBoth Russia and the United States participate in international cooperation, but in their own way. Washington is gathering under its wing the best developments of its partners from the advanced Western countries, which must meet American standards. By the way, this is precisely what became an obstacle to our participation in their project of a circumlunar orbital station. Where it suits them, the United States does not hesitate to use Russian Technology: rocket engines RD-180, spacecraft "Soyuz" as a cab for the delivery of astronauts to the ISS, etc. Our technologies formed the basis of the Chinese space program, which is developing by leaps and bounds. Whatever you look at in the PRC - a rocket, a manned ship or an orbital station - everything evokes a sense of déjà vu.

ThirdlyWashington deliberately refused to concentrate the space program in one hand, allowing several private corporations to participate in tenders. This is a division of Boeing and the companies of Elon Musk and Jeff Bazos. Let's not sing an ode to capitalism, but the presence of internal competition between different projects increases their efficiency. So, Elon Musk's SpaceX managed to achieve cost savings due to the reusability of launch vehicles and now can launch the same rocket for the seventh time. Our Roscosmos looked down on such experiments and now they have lost a huge share of the commercial launch market.

FourthlyIn pursuit of international cooperation within the ISS, the Kremlin decided to sink the Soviet orbital station Mir in 2001. Twenty years later, the United States is designing its own lunar station, China is designing its own near-earth station, the ISS is about to begin to fall apart, and Roscosmos is not what it used to be. It is already unable to create and launch Mir-2 on its own for a whole range of reasons.

At lastThe United States has a powerful sanctions leverage on Russian space. As part of the openly sabotage activities of liberal reformers over the past decades, numerous enterprises in the space industry have been destroyed, and now Roscosmos, and at the same time the RF Ministry of Defense, seriously depend on imported components. In particular, it was recently recognized that we are no longer able to manufacture satellites on our own.

Now a promising project of Roscosmos, the so-called nuclear tug, has fallen under the restrictions. This is a transport and energy module (TEM) under development based on a megawatt class nuclear power propulsion unit (NPP), which will radically increase the efficiency of space logistics due to its reusability. It will be enough to put a certain device into orbit using a launch vehicle, and then a nuclear tug will be responsible for its delivery. The idea is very good, but not easy and will take many years to implement. And the United States imposed sanctions on a Russian company that has been involved in this project for the past ten years. This automatically means its complication, rise in price and shift of the terms to the right. If the sequestration of the Roscosmos budget continues, then the space tug will have to be completely forgotten until better times.
Ctrl Enter
Noticed oshЫbku Highlight text and press. Ctrl + Enter
We are
What is behind Russia's desire to abandon the ISS
The second life of the "Union": Russia will launch a taxi to the moon
Reporterin Yandex News
Read Reporterin Google News
20 comments
Information
Dear reader, to leave comments on the publication, you must sign in.