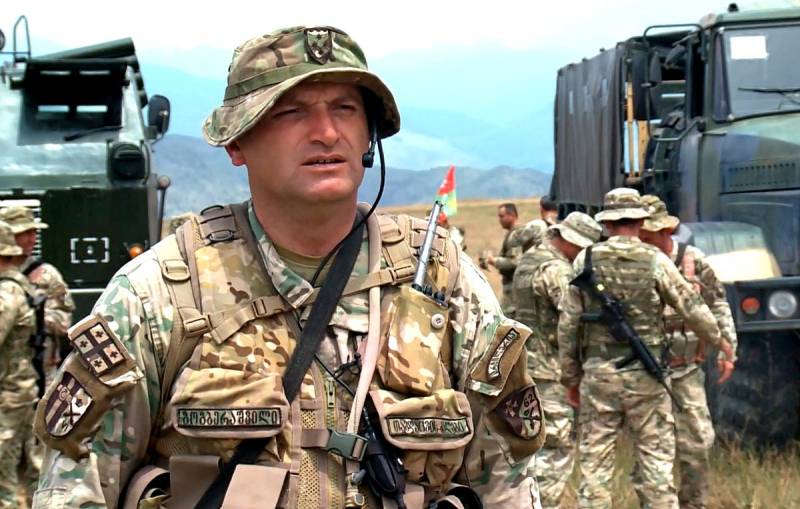 Not so long ago it became known that after many years of hesitation and bickering at the headquarters of the North Atlantic Alliance, a final consensus has been reached on the issue of Georgia's admission to it. Tbilisi's dreams of joining this military bloc may come true much sooner than skeptics assumed.


Why has such a decision been made right now, and what specific threats does its implementation pose to our country?

Moscow's response to success in Nagorno-Karabakh

According to reliable sources, the North Atlanticists came to the conclusion that "technically" Georgia could receive the long-awaited Membership Action Plan (MAP) from the Alliance in the very near future - "almost tomorrow." Moreover, according to many NATO experts, the country has already fulfilled almost all the proposed points of this document, which, in fact, opens the door for it to enter the organization as a full-fledged participant. The only stumbling block, according to the fears of the most cautious experts, may be the objection of any of the current members of the Alliance, made for purely political reasons. An example is the position of Hungary, stubbornly "torpedoing" cooperation with NATO of Ukraine because of the conflict between these two countries.

However, for the Georgian side, something like that is unlikely: firstly, at present, Tbilisi has no serious problems in relations with any of the members of the militarypolitical a bloc of states, and secondly, the "North Atlantic" course of this country is strongly supported both in Washington and, in fact, in Brussels itself. It is quite obvious that the "afterburner" in this issue was caused by nothing more than the outcome of the conflict in Nagorno-Karabakh, which turned out to be a rather unpleasant surprise for the strategists of the Alliance. How is it that Moscow itself, without the intervention of the "world community", managed to stop the escalation of hostilities (and at its peak), and even at the same time achieved undoubted geopolitical advantages for itself? Without firing a single shot, by the way ... Moreover, the "injured party", which broke even not all plans, but a significant part of them, thus turned out to be a state that is part of NATO.

It should be understood that Turkey in the Alliance is considered, to put it mildly, not the most disciplined, compliant and negotiable member, but it is definitely “its own”. Unlike Russia ... Besides, it is considered to have the most efficient army in its region. And suddenly - she gave up in front of Russia, allowing her to stop the victorious offensive of one of Ankara's closest allies with one formidable shout. No, so absolutely not good! The North Atlantic Alliance has absolutely no intention of allowing further strengthening of our country's positions in the Caucasian-Black Sea region, and its Secretary General Jens Stoltenberg declares this directly and completely openly. In his opinion, our country did not end the bloody conflict in Nagorno-Karabakh, but "strengthened its military presence." And in general, as the Secretary General is convinced, "Moscow is increasingly aggressively expanding its militaristic activity in the world."

Well, it’s useless to look for logic here, so let’s immediately turn to the consequences of such a very peculiar reasoning of Mr. Stoltenberg. Literally today, on December 2, an online meeting of NATO foreign ministers is to take place, at which the foreign ministers of Georgia and Ukraine will be present as "invited stars". The agenda of the event is quite predictable: "Russia's opposition in the Black Sea region and the strengthening of the military presence of the Alliance in this strategically important region for it." It is already clear that Brussels intends to assign a special role to Kiev and Tbilisi. However, the "Georgian direction" appears to the Alliance as a priority - and this leads to very specific thoughts about the immediate plans of its leadership.

What about Abkhazia and South Ossetia?

Cooperation with the North Atlantic Alliance Georgia, like most of the countries of the "post-Soviet space", began almost from the moment it left the USSR. "Partnership for Peace", assistance to the international contingent of ISAF in Afghanistan - everyone went through this, and Russia, by the way, is no exception. However, the real "Euro-Atlantic aspirations" gripped Tbilisi after the implementation of the "color revolution" there and Mikheil Saakashvili's coming to power. In 2006, the Georgian parliament voted for joining NATO, and according to a referendum held two years later, this idea was supported by at least 77% of the population. Further - more: in February 2008, Saakashvili sent an official request to Brussels to join the Alliance. At the April summit of this organization in Bucharest, representatives of Georgia and Ukraine were given a firm "go-ahead" to join the bloc (despite all the earlier promises of its "non-expansion to the East"). And already in August of the same year, Tbilisi unleashed a war in the Caucasus, in which Russia had to intervene. All hopes for “Euro-Atlantic solidarity” (as well as the efforts of the transcordian instructors who tirelessly trained Georgian warriors in previous years) went up in smoke and dust.

The then Secretary General of the Alliance, Jaap de Hoop Scheffer, only managed to shrug his shoulders and complain that the organization headed by him "has no mandate" for "direct action in the Caucasus" against the Russian troops. Be that as it may, the conclusions from everything that happened in Georgia were drawn rather peculiar - they decided to "expand and deepen" cooperation with NATO, as they say. The Agile Spirit and Noble Partner exercises jointly with his servicemen are held annually in the country. Since 2015, the NATO-Georgia Joint Training and Assessment Center has been operating there, and a multinational brigade with the same name has been formed.

Basically, the only thing that Tbilisi lacks is formal membership in the Alliance. It is not a secret for anyone that the main obstacle to obtaining it all these years was the existence of "unrecognized republics" - Abkhazia and South Ossetia. This is the principle of the organization - categorically not to admit countries with unresolved territorial problems into their ranks. At the same time, the leadership of the Alliance and, in particular, Jens Stoltenberg many times made statements that the above-mentioned "small but proud" republics are not independent states, but an integral part of Georgia. What has changed now? The position of Tbilisi, where you decided not to be stubborn anymore and "let go in peace" the "rebellious" regions? Nothing of the kind - another extremely harsh statement made as recently as last week by the Georgian Foreign Ministry is evidence of this.

The foreign ministry of Tbilisi continues to repeat about the "Russian annexation of the Georgian territories" and go broke over the decisions made at the November 12 meeting of the head of Abkhazia, Aslan Bzhania, and Russian President Vladimir Putin. There they are still demanding that we get out of the Caucasus and leave the Abkhaz and Ossetians "at the mercy" of Georgia. Consequently, two options remain - either NATO will go for the so-called "German option", when the FRG, becoming its member, officially refused to apply the famous Article 5 of the Alliance's charter regarding the GDR, or ... return of "temporarily occupied territories", but now they fully coincide with the intentions of the North Atlanticists, who are ready to confront Russia in the Caucasus and the Black Sea region at any cost. This is the worst, although not the most likely option, which Russia must take into account.

An extremely important moment contributing to the fact that Georgia may indeed soon become a NATO member is its sharply increased support from the main member of the Alliance, the United States. US Secretary of State Mike Pompeo, who visited Tbilisi on November 18 this year, said that his country "will do everything possible to implement the Euro-Atlantic aspirations" of the Georgian side. In turn, the Prime Minister of Georgia, Giorgi Gakharia, who met with him, emphasized that Tbilisi is pinning great hopes on "strengthening the US representation and military presence in the region." In my opinion, everything is extremely specific and clear. One can only add to this the words of the former commander of the US ground forces in Europe, Lieutenant General Ben Hodges, who recently announced a whole "program" of American expansion in the Caucasus. According to this retired but clearly not retired warrior, it is vital for Washington "to build new, much stronger relations not only with Azerbaijan, but also with Armenia", as well as, forgetting about differences, "to strengthen the long-standing alliance with Turkey." This is so that Russia in this region does not breathe so freely ...

As for Georgia directly, the general calls for an increase in the US military contingent there, primarily the Air Force and the Navy. For this, according to Hodges, it is even worth "investing" in the creation of new infrastructural facilities to accommodate reinforced aviation and naval groups. What can you say here? It is a quite intelligible scenario for the creation of another springboard on the borders of our country for striking it. Very competently ...

By the way, Mr. Hodges ends his own conclusions with the words that Tbilisi should “send an invitation to NATO” not even in the nearest future, but downright “immediately”. If we consider that key representatives of the new administration, which will receive full power in Washington at the beginning of next year, have already declared their own desire to "return the key role of the United States in the North Atlantic Alliance", then Jens Stoltenberg's revelations become much more understandable. And also more sinister. Indeed, in fact, Georgia's admission to NATO will unambiguously mark the beginning of a new stage in the confrontation of this military-political bloc with Russia.

Moreover, the confrontation is much more open, tough and aggressive than it was before. Contrary to all the efforts made by Moscow to resolve the situation in the Caucasus, in this case, in addition to threats in the European and Ukrainian directions, it will inevitably get new problems in this region as well.
Ctrl Enter
Noticed oshЫbku Highlight text and press. Ctrl + Enter
We are
Ukraine from the inside: traitors, curators and those who watch from the Kremlin
Ten "defeats" of Putin
Reporterin Yandex News
Read Reporterin Google News
29 comments
Information
Dear reader, to leave comments on the publication, you must sign in.