How the national economy turned into a Russian "economic miracle" 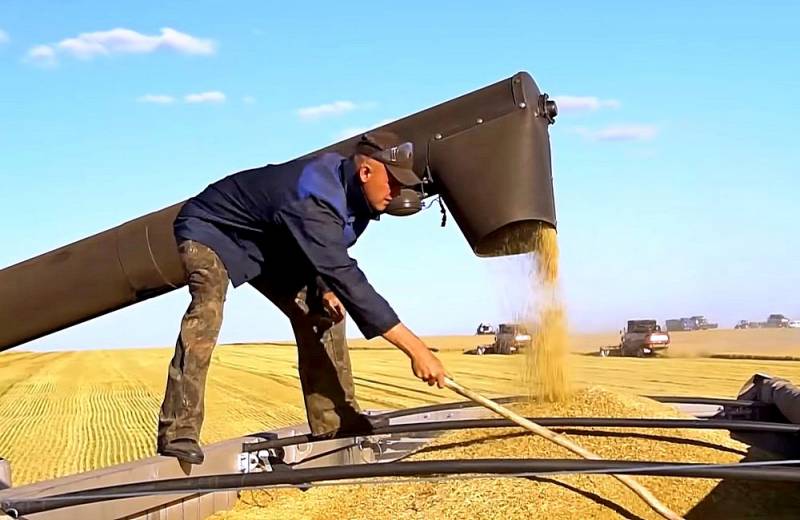 The Zvenigovsky People's Enterprise today unites 5 large farms in two regions of the Russian Federation (Mari El and Tatarstan). Every year his economic indicators are only growing. 2020 was no exception, in which the company reaped record harvests.


It has everything: arable land, farms, as well as its own meat processing plant and dairy. The number of pigs alone is in the hundreds of thousands and is increasing every year. Not much less cattle.

LLC SPK "Zvenigovsky" has its own trademark, independently carries out the entire process of processing raw materials and provides quality and affordable products to 750 of its own stores in 12 regions.

According to the director of the national economy I.I. Kazankov, the enterprise was, is and will be national. Despite the fact that Zvenigovsky has a modern technological complex and many processes are automated, it is human labor that is most valued here.

Today the state farm employs over 4000 people. Kazankov emphasizes that there is no "coercion" in employment. Everyone chooses a task for themselves. What does the best. There is only one condition: conscientious performance of their duties.

The current OOO SPK Zvenigovsky is no longer just a meat-packing plant or a farm. Over the years of its existence, the enterprise has turned into a diversified agricultural complex. Cereals are grown here for feed to cattle and pigs, a meat processing plant and a dairy produce their own products, the transport department provides 750 of its own stores with quality goods.

The more we develop agriculture, the more people come to work for us
- says Kazankov.

Today, the company has 17 regular buses that bring nonresident workers to work and back home. The annual turnover of the national economy already exceeds 20 billion rubles. At the same time, OOO SPK Zvenigovsky continues to expand.

New arable lands are being developed, farm buildings are being built. In this regard, the old profession “virgin lands” has even been “revived” at the enterprise.

They work here both conscientiously and for money. One does not contradict the other. The salary is paid stably, 2 times a month. Combine operators receive more than 80 thousand / month per season. In the forefront are pensioners, proven for years. But there are also a lot of young people at Zvenigovsky.

The village of Sikterme-Khuzangaevo, where the production cooperative is located, has acquired a new street over the past 3 years. The houses were built according to the republican program for specialists who come here to work and stay with their families.

In addition, recently a modern eye clinic, a new school, a church have opened in the village, and it is planned to build another kindergarten. And this is not surprising, the leadership of Tatarstan invests in those settlements where there is a stable operating enterprise.

However, the national economy also faces problems. In particular, the planned construction of a meat and dairy complex for 3000 heads "stalled" as the company lacks sand. It is forbidden to extract it on their own land, and there is no help from the leadership of Tatarstan, despite the agreements reached.

At the same time, "obstacles" from the authorities, the economic crisis and even a pandemic did not cause the decline in production at Zvenigovsky. The enterprise once again breaks records, and its products are in great demand among the population.

The main advantage of the national economy, according to Ivan Ivanovich Kazankov, is a wide range of products and the ability to "adjust" its production to the needs of people. As a result, in the conditions of the so-called economic recession, the salaries of the company's employees have increased again this year.

The atmosphere in "Zvenigovsky" is such that every worker simply lives by his own business and tries to achieve maximum results. Not for the sake of money, but primarily for the common good. Moreover, I.I. Kazankov is sure that sooner or later we will come to socialism.

Perhaps that is why this people's enterprise is today a real "economic miracle".