Lukashenka is ready to leave, but will soon return in a new capacity 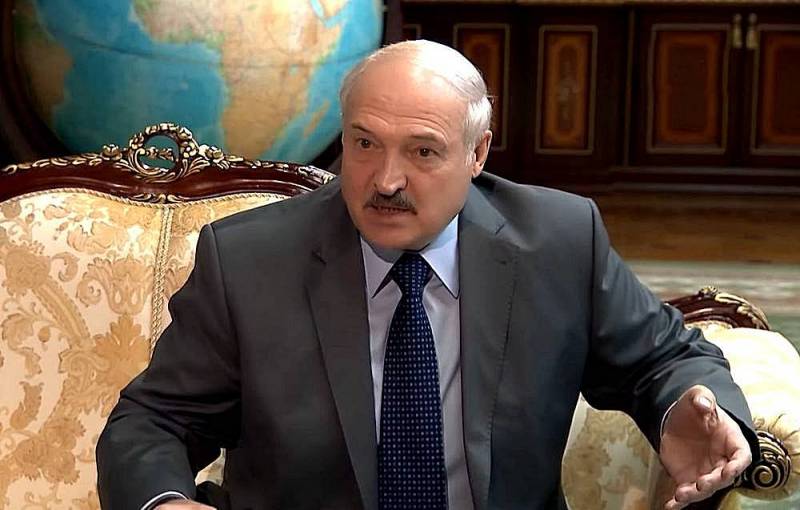 The events of the past summer-autumn 2020 in Belarus showed that the need for political transformation in this country is simply overripe. The Belarusian brothers took to the streets en masse in order to defend their right to change. But will they, these changes, and will they turn out as the voters imagine?


President Lukashenko stayed in power only thanks to the bayonets of his security officials, who mercilessly dispersed and to this day disperse the protesters, as well as Moscow's unequivocal and direct support. At the same time, the condition was clearly implied that certain political transformations should take place in Belarus, Alexander Grigorievich should leave peacefully, and further progress was expected in the integration of the Russian Federation and the Republic of Belarus within the framework of the Union State. However, President Lukashenka was in no hurry to take any concrete steps, therefore, one after another Russian dignitaries reached Minsk with “greetings” from the Kremlin.

Probably, this had an effect, since the Belarusian president again spoke about changing the country's Constitution, after which he will no longer be the head of state. Note that Alexander Grigorievich linked the changes with the need to prevent "the war that will be thrown on them." It is quite possible that these fears are associated with the presence of an alternative "President Sveta" and the risk of using the so-called "Venezuelan scenario" against Belarus. So, what kind of changes are expected in the Basic Law of the Republic of Belarus?

President Lukashenko himself claims that it is necessary to reduce the powers of the head of state:

We have a very serious constitution. Kazakhstan, Russia, we are, perhaps, three advanced states that have such a serious and tough constitution, where everything depends on the president's decision. From this point of view, realizing that God forbid a person comes and wants to unleash a war and so on.
It should be noted that for some reason such broad powers did not interfere with Alexander Grigorievich himself, and he was concerned about this problem only with the prospect of giving power to another. Somewhat more credible is the version that in the course of the constitutional reform the political system of Belarus will be changed so that Lukashenka will be able to “leave, remaining”. Consider the most likely scenarios for this transit of power.

If Alexander Grigorievich stubbornly defends the preservation of the full sovereignty of Belarus and further sabotages the construction of the Union State, then he can use the Russian and Kazakh experience. Then, within the framework of the constitutional reform, the powers of a body similar to our State Council will be radically expanded at the expense of presidential powers. In particular, the latter may be deprived of the right to start a war, which Lukashenka himself is so afraid of in words. Then the figure of the president will become nominal, and it will be possible to put his loyal "Dmitry Anatolyevich" on this post. Alexander Grigorievich himself will remain in the shadows, retaining real powers as the head of the "State Council".

The scheme is quite working, but in practice there will be problems with the unfriendly policy of the European neighbors and discontent from the Kremlin, which will feel betrayed in the best expectations and will reduce financial support to Belarus. Such a construction may be of a transitional nature, when the local "Dmitry Anatolyevich" will be used as a "lightning rod" to discontent with the public when signing agreements on integration within the Union State.

Belarus has already passed the point of no return, after which it faces a choice: either to leave Russia for Europe according to the “Ukrainian scenario” with all the ensuing consequences, or to merge in an embrace with a fraternal state, despite a host of related problems. I don’t even want to think about the first scenario, but within the framework of the second, variants appear for Alexander Lukashenko.

For a start, it would be nice to decide after all, the Union State is what exactly, a federation or a confederation? Or is it the relationship between Russia and Belarus, as a kind of associated territory? While there is no clarity on this issue, it is not easy to reason. But let us assume that the Russian Federation and the Republic of Belarus are united into a single federal state, where Belarus becomes a new district or federal territory. Then, undoubtedly, a number of changes will have to be made to the Russian Constitution, according to which the post of vice-president can be introduced in our country. It is not hard to guess who will take it. Perhaps Alexander Grigorievich could become the plenipotentiary in the Belarusian Federal District or a senator with a lot of life guarantees as a former president. Also not bad for a person who allegedly does not hold on to power.
Reporterin Yandex News
Reporterin Yandex Zen
4 comments
Information
Dear reader, to leave comments on the publication, you must sign in.