Is Roscosmos capable of creating a replacement for the ISS? 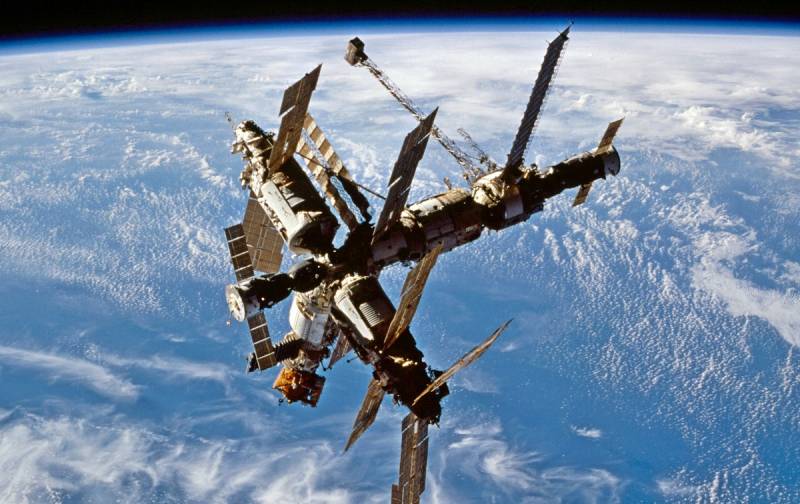 In just five years, the ISS may cease to exist when the cost of its maintenance increases due to the increasing number of breakdowns, and the United States refuses to bear its share of the cost of maintenance. At the same time, the Americans are developing a project for their own near-moon station, and the Chinese are developing their own national near-earth orbital station. What then will be left with Russia, which in 2001 safely drowned "Mir"?


It has been known for a long time that not everything is in order on the ISS. The station has to constantly deal with air leaks, various equipment fails. RSC Energia Deputy Head Vladimir Soloviev commented on the situation in orbit as follows:

There are already a number of elements that have been seriously damaged and are out of service. Many of them cannot be replaced. After 2025, we predict an avalanche failure of numerous elements on board the ISS.
There is nothing particularly surprising here, since the station has been in operation since 1998, everything has its own resource. In theory, it can be extended until 2028 and even 2030. But what's next? The main burden of financing this project, despite its international status, lies with the United States. But the Americans are no longer so interested in the ISS. Since then, NASA has gained experience in the construction of an orbital station, astronauts have learned to stay in zero gravity for a long time, have carried out all the necessary research. The next logical step is the construction of a near-lunar visited station, which should serve as a "bounce space" for the exploration of the Moon, Mars and deep space. The first violin in this kind of international project is played by the United States, China is not allowed to it in principle, Russia can participate in it only in third roles.

The Chinese do not sit idly by either. They rapidly go through all stages of the space race, spending 2-3 times less time on them than before the USA and the USSR. "Imitation is the highest form of flattery," and Beijing flatters us a lot by copying Soviet and Russian Technology... Just a few days ago, a Chinese probe was successfully sent to the moon to obtain soil samples. The Celestial Empire prefers not to get involved with international cooperation, putting its own stations into orbit. Now "Tyangun-1" and "Tyangun-2" are already circling the Earth. By the end of 2020, it is planned to launch the first module of the third orbital station, which will consist of at least three modules. It is planned to complete its assembly by 2022.

It turns out that both the USA and China have their own national orbital projects, but what does Russia have? In 2001, allegedly due to funding problems and equipment obsolescence, the Soviet Mir was flooded. The budget did not find $ 200 million a year to maintain its operability, while the assembly of the ISS cost all participating countries a total of $ 120 billion. Today, servicing the Russian segment of an international station costs our country from 150 to 200 million dollars. Is it any wonder that RSC Energia proposed to re-create a national orbital station?

If implemented, the Russian Orbital Service Station (ROSS) will consist of five modules, including one "tourist" one. Due to a more convenient tilt angle than the ISS, the entire territory of Russia will be monitored from orbit, with special attention paid to the Arctic. From the station it will be possible to conduct not only observation of the "dual-purpose" Earth, but also to conduct scientific research. According to the head of Roscosmos Dmitry Rogozin, ROSS can become our gateway to space:

It should have the functions of repairing and refueling space complexes and become a kind of space launch complex for ships of long-range expeditions.
This initiative of RSC Energia can only be welcomed, but there are some difficult questions. First, there is not even a paper draft of the national station yet. KB im. Khrunichev, if such a task is set for him, he will have to start everything from scratch, and this is not a quick matter. Secondly, it is not clear what means to do all this. It will be expensive, very expensive, to develop, manufacture and launch a new station into orbit. According to the President of the Russian Academy of Sciences Alexander Sergeev, Moscow allocates 60 times less funds than NASA to finance scientific space. These programs are "cut" in the first place. Just think, by 2022 their funding will be reduced from 15 billion rubles (not dollars!) To 2,9 billion rubles. What kind of ROSS can we talk about today?

Seriously though, there are three real options. The first involves trying to enter the American project in third roles or in the Chinese project in the second. The second way allows joining forces with some third force, excluding the USA, EU and PRC. For example, India, which has its own space ambitions, is generally friendly to Russia and directly competes with China. The third option requires a strict revision of budgetary expenditures in our country in order to pull the project out on our own, giving priority to the development of science, advanced technologies, industry and technical education.
Reporterin Yandex News
Reporterin Yandex Zen
9 comments
Information
Dear reader, to leave comments on the publication, you must sign in.