Are there any alternatives to the completion of Nord Stream 2 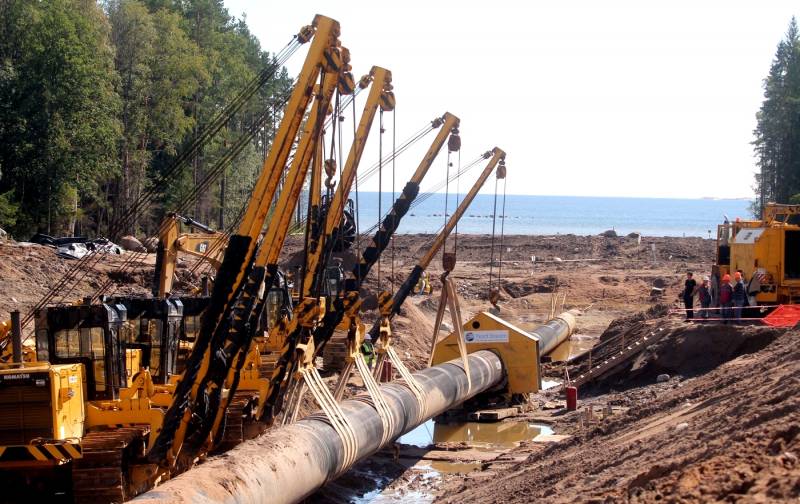 There are only a couple of days left before the beginning of the calendar winter. In this regard, the Russian pipe-laying ship Akademik Chersky left the German port of Mukran for Kaliningrad, since it would be very problematic to complete the construction of Nord Stream 2 during storms. But the impending winter is not the only problem, so far the main obstacles in the path of the Russian-German project remain the American sanctions, which it is not clear how to bypass. In this regard, it is worth considering whether it is generally necessary to continue building this gas pipeline despite the growing restrictive measures and common sense? Are there any other sane alternatives? The question is extremely ambiguous and there will be no simple answers to it.


On the one hand, $ 2 billion has already been invested in Nord Stream 12, half of which has been invested by Gazprom, the second - by its European partners. These corporations do not want to be the first to leave the project, despite pressure from the United States, for fear of losing their investments and getting sued. Relatively inexpensive Russian pipeline gas is needed by Western European countries to reduce dependence on Ukrainian transit and increase the competitiveness of European industry in relation to the American one. The launch of Nord Stream 2 at full capacity will allow Germany as a transit country to become the largest regional gas hub and increase the leverage of economic pressure on its neighbors, consolidating its status as the EU leader.

Berlin is pursuing a balanced policiesby diversifying its energy supply sources as much as possible: it buys LNG, investing in the receiving infrastructure on the coast, and pipeline gas, and prepares technological groundwork for the transition to renewable energy sources under the Green Deal. Chancellor Merkel is in favor of bringing the construction of Nord Stream 2 to completion, since she has made a big political stake on this gas pipeline.

On the other hand, there are too many obstacles on the way of the Russian pipeline, which the American authorities put up for it. President Trump has pushed on Nord Stream 2 to clear the way for US LNG exporters. Joe Biden, proclaimed the winner of the presidential election, is also against Russian gas in Europe, since in the framework of the "fight against climate change" he intends to promote certain renewable energy technologies in the Old World, naturally developed by transnational corporations of American origin. Both Republicans and Democrats will put pressure on the gas pipeline, hindering its completion and subsequent operation, and Washington has a very large arsenal of tools for this.

At first, under pressure from the White House, Denmark has been delaying the issuance of a building permit for years.

Secondly, American puppets in Brussels extended the Third Energy Package to offshore gas pipelines, which is why Nord Stream 2 was automatically half empty. After that, talking about its commercial effectiveness for Russia can only be a stretch.

ThirdlyAfter the sanctions signed by President Trump almost a year ago, the Swiss contractor immediately gave up construction, and the unfinished pipe still lies at the bottom of the Baltic.

Fourthly, Imported from the Far East, "Academician Chersky" cannot proceed with the independent completion of the pipeline, since no reputable international insurance company is ready to contact him so as not to lose business because of the anger of the United States.

FifthlyNorwegian Det Norske Veritas - Germanischer Lloyd (DNV GL) refused to provide services related to the inspection of ships involved in the construction due to fear of US sanctions.

The negative trend is obvious and it would be naive to assume that this is the arsenal of measures to counter Nord Stream 2. At any time, the United States can impose new sanctions: from the maintenance of an already built pipe (if it is allowed to be laid) up to some measures against the buyers of Russian gas. This means that the pipeline is turning into a source of permanent problems with highly questionable commercial benefits for our country. Inevitably, the thought suggests itself, but not to give up the whole thing? But then the already invested funds will be lost, which we would not want.

However, perhaps there is another option to minimize losses from the failure of Gazprom. For example, in case of impossibility of normal operation of Nord Stream 2 due to restrictions imposed by the United States, why not carry it instead of Germany to the Kaliningrad region, which is also located in the Baltic? To build LNG plants there, which will liquefy the gas supplied through pipes, and from there supply it by tankers at market prices to European consumers? The LNG receiving infrastructure has already been built in abundance, and if Western Europe is not ready to assert its right to buy relatively inexpensive pipeline gas from Russia, let it take it in liquefied form on a general basis. At the same time, they would increase the energy independence of the Kaliningrad region, isolated from the rest of the Russian territory, actually turning it into a gas hub.

Of course, in such a project there is something to criticize and improve with a clever air, but, probably, this is better than just throwing several billion dollars down the drain on the failed Russian-German gas pipeline.
Reporterin Yandex News
Reporterin Yandex Zen
22 comments
Information
Dear reader, to leave comments on the publication, you must sign in.