American HIMARS shifted the balance of power in Europe 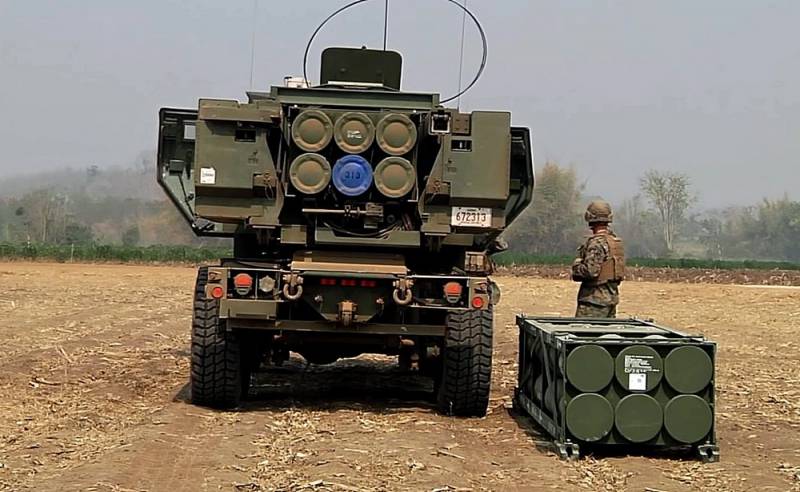 A few days ago we told about the unexpected missile exercises swiftly carried out in Romania by American troops. The United States showed both Russia and its European allies that they are ready to cover any target from the MLRS М142 HIMARS at a distance of up to 300 kilometers. Now I would like to dwell on these potential goals in a little more detail.


First of all, one must understand that in our age of cruise missiles, attack UAVs, "stealth" aircraft and other "wunderwaffe", artillery still has not lost its importance on the battlefield. For example, our 2S35 "Coalition-SV" can hit a target at a distance of up to 80 kilometers at a rate of fire up to 16 rounds per minute. Self-propelled artillery units can fire and move quickly, making counter-battery combat more difficult. The use of modern adjustable ammunition turns the "queen of the fields" into a real precision weapon, preventing it from losing its relevance and going into circulation.

Even worse on the battlefield are multiple launch rocket systems, capable of simultaneously destroying targets in large areas. The maximum range of Russian MLRS "Smerch" reaches 120 kilometers, for "Tornado" it can be increased to 200 kilometers. Corrected ammunition has also been developed for the Tornado-S MLRS. The American MLRS М142 HIMARS, effectively demonstrated in Romania, thanks to the new MGM-140В ATACMS Block 1A missile, is capable of hitting targets at a distance of up to 300 kilometers, which brings them closer to the OTRK in terms of combat capabilities. However, despite the significantly increased range, HIMARS from Romania cannot pose a threat to Crimea, as it was announced in Forbes, far away.

A completely different picture emerges if these MLRS are quickly and covertly deployed to the Baltic states and Poland, which represent an ideal springboard for a NATO attack on the Kaliningrad region. This Russian territorial exclave is a real "thorn" in the body of the North Atlantic Alliance because of the base of the Baltic Fleet of the Navy with ships equipped with "Caliber" and also the OTRK "Iskander-M", which in the future will be able to cover the whole of Europe. In the event of a conflict between NATO and the Russian Federation, the alliance will have to be the first to solve the problem of Kaliningrad. The task is not easy, since the air defense / missile defense system over this region is the most powerful in our country. US aviation, with its allies, could suffer heavy casualties as they rely on airstrikes.

But a lot can change if first a disarming artillery strike is delivered against the air defense positions covering the Iskander-M. From a distance of several hundred kilometers, the M142 HIMARS MLRS can unexpectedly and quickly level the key elements of the defense system of the RF Ministry of Defense. The effectiveness of operations will increase if Israeli-made strike UAVs operate in parallel with them, clearing the sky for B-52 bombers and cruise missiles. The threat is quite real and should not be ignored.

If it comes to that, then in the event of war, Ukraine can also be used as an anti-Russian bridgehead. From its border areas, HIMARS can hit targets in the western part of Russia, where many facilities of the RF Ministry of Defense are concentrated, as well as in Crimea. Well, the unrecognized republics of Donbass have the highest chances to actually experience the effect of shelling from the American MLRS.
Reporterin Yandex News
Reporterin Yandex Zen
11 comments
Information
Dear reader, to leave comments on the publication, you must sign in.