Why American MLRS HIMARS should be afraid not of Crimea, but Donbass 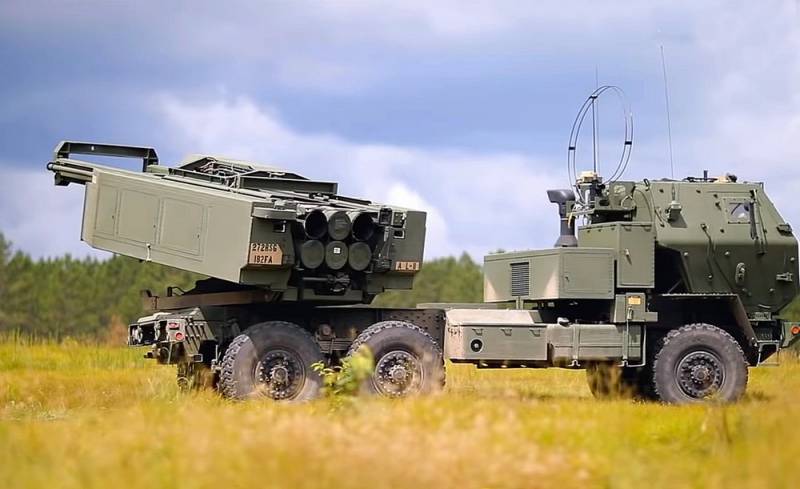 On the eve of Forbes published a high-profile article about how the United States transferred its MLRS from Germany to Romania, fired missiles there and promptly took them back, calling it a "surprise for Russia and Crimea." Given the fact that this publication specializes in stories about billionaires, and not on military topics, the publication caused predominantly irony in our country. But is it worth taking this information so lightly?


So, the following happened: two installations of the M142 High Mobility Artillery Rocket (HIMARS) on military transport aircraft C-130 Hercules were transported from the American military base in Germany to Romania, where they participated in missile exercises, and then were returned by air. The publication considered this "a clear message for Moscow" with a hint that MLRS could pose a threat to the Russian group on the peninsula. It was this passage that caused the greatest mistrust among the domestic audience.

At first, the range of HIMARS does not allow them to hit targets in the Crimea from Romania, being only 300 kilometers.

Secondly, a missile strike by Romania on the Russian region will entail an appropriate response from the RF Ministry of Defense within the framework of the military doctrine. It is rather difficult to imagine that Bucharest will decide to make war with a nuclear power.

Thirdly, this story is more likely not about a "missile message", but about money. The fact is that the decision to purchase the HIMARS MLRS was made by Romania two years ago. This visual demonstration of their power can serve as a good commercial advertisement for other potential customers.

In theory, this review could end, but everything is a little more complicated than we would like. There are several important points to keep in mind. First of all, in the American article it was said about Crimea, rather, to distract attention. The main thing that the US Armed Forces have demonstrated is their ability to deploy their powerful MLRS to any point on the planet in just a few hours, where there is an airfield capable of receiving C-130 Hercules. Apart from Romania, Poland is a country where HIMARS can be happily accepted. It is from there that targets in the Kaliningrad region can be covered if necessary, the range is enough. It is clear that this is possible only in the event of a full-scale war between Russia and NATO, and here the role of the MLRS will hardly be decisive.

If we talk about their real use, then it is possible in the Black Sea region, but not by Romania against Crimea, but by Ukraine against the unrecognized republics of Donbass. Baku's unexpected success in Nagorno-Karabakh inspired many in Kiev. The Ministry of Defense Nezalezhnaya has already shown an increased interest in Turkish UAVs, which have shown themselves to be a "weapon of victory". We are even talking about organizing a "screwdriver assembly" in the country to reduce their cost by 30%. The massive appearance of shock drones in the skies over Donbass will be an extremely unpleasant surprise for the militia and the people's militia of the unrecognized republics. It is possible that in the event of an attempt at a blitzkrieg against the DPR and LPR, military transport aircraft C-130 Hercules will land at Ukrainian airfields, delivering American MLRS to the Ukrainian Armed Forces. Or something else.
Reporterin Yandex News
Reporterin Yandex Zen
1 comment
Information
Dear reader, to leave comments on the publication, you must sign in.