Expert: The Russia-Iran-Turkey link has radically changed the world 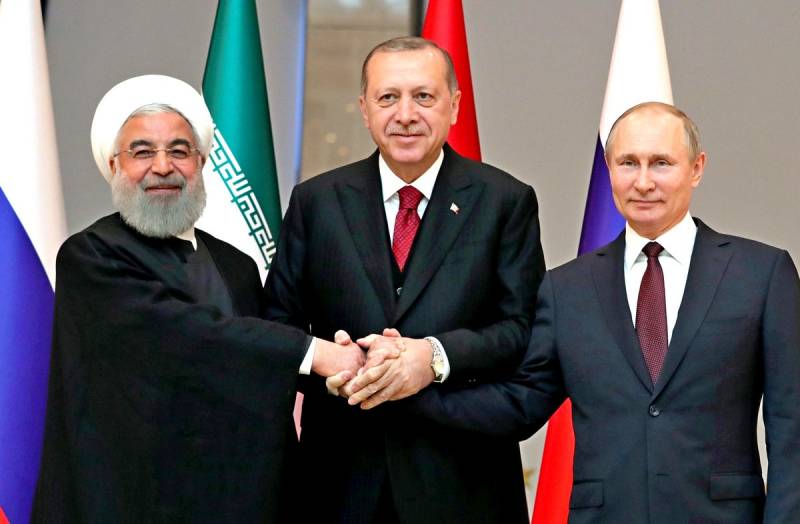 While European countries are trying to confront the coronavirus pandemic and are deciding their internal political and economic problems, Moscow, Tehran and Ankara are changing the geopolitical paradigm of Eurasia in an attempt to oust America from this region. The criminologist, professor of geography and geopolitics at the University of Paris-Sorbonne Xavier Rofer discusses how the influence of Russia, Iran and Turkey is breaking the balance of power in Central Asia.


According to the analyst, in the zone of the greater Middle East between Libya and Iran, a global strategic revolution has been gaining momentum since the end of 2018, changing the balance of power in this vast space. At the origins of these tectonic movements are the Russian and Turkish presidents, who only pretend to be competing with each other.

It is a revolution provoked by Iranian and Russian paramilitaries; sometimes also Turkish
- Rofer believes, speaking about the fact that the Russia-Iran-Turkey link is changing the modern world.

According to the expert, after the UN ban on arms supplies to Tehran is lifted, Russia may well open its military bases in Chakhabar, Bandar-e-Bushehr, in the Persian and Oman Gulfs - they will be protected by the S-400 and Bastion complexes ". Tehran will actually turn into an "impregnable stronghold."

Russian electronic warfare systems stand apart, the action of which we could assess in Ukraine and Syria. Add to this a new base in Sudan. Russia will actually close access to the Middle East region, the author believes.
Ctrl Enter
Noticed oshЫbku Highlight text and press. Ctrl + Enter
We are
US media described the likely scenario of a war with Iran
The secret intermediary between the USA and Iran became known.
Reporterin Yandex News
Read Reporterin Google News
2 comments
Information
Dear reader, to leave comments on the publication, you must sign in.