The "great friend" of Russia will become the US Secretary of State. What to expect from Blinken? 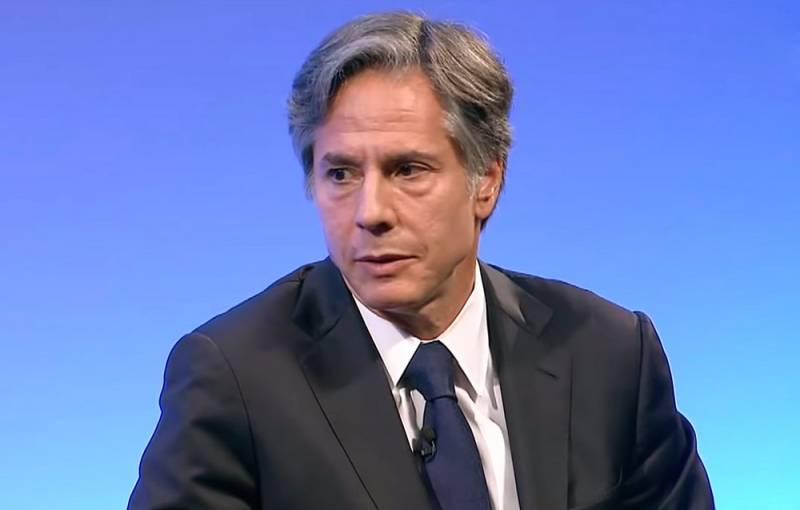 The victory of Democratic candidate Joseph Biden in the US presidential election is, in fact, a completely decided matter. There is still the inauguration, the official transfer of affairs and many other routine procedures. However, one can no longer speak of the new government in Washington without using question marks. Moreover, the newly-made "leader of the nation" did not postpone the work of its formation indefinitely and has already announced the names of those who will soon determine and implement policies U.S.A. Including - and regarding our country.


What can she expect from whoever is likely to take over as head of one of the country's most powerful organizations, the Department of State?

"America is back!" What for?

Before proceeding directly to the conversation about this man, one should, perhaps, still dwell on those foreign policy principles that were announced the day before by Biden himself - during his speech in Wilmington. He spoke there rather sparingly and vaguely, however, what he sounded was quite enough to grasp the general essence. According to the President-elect, the United States "intends to support its allies" and "challenge opponents." Biden ended his speech with a pathos: "America is back!" Maybe she returned ... The question is, to what exactly and with what intentions? In this context, it should be remembered that the future head of the White House, even during the election race, confidently and without hesitation named Russia among the "opponents" of his country. Consequently, one of the hypothetical "gloves" will be thrown just at us. However, it was not worth counting on anything else.

Some of our fellow citizens are terribly worried from time to time about the results of overseas political battles, not fully understanding at the same time that specific persons who lead the country, or any of its main institutions of power, do not exert such a powerful and comprehensive influence in the United States that it is precisely this state that represents itself. The United States has been Russia's antagonist since its inception: "one of the world's first democracies - one of the most powerful empires." They remained so for the USSR in the twentieth century, but already in the paradigm: "the main capitalist state is the leader of the socialist camp." Now in this regard, if something has changed, it is only the details. The bottom line is that our two states have always personified diametrically opposite ways of development, different worldviews and attitudes. I don’t like loud words, but we must admit that the differences between them are of a global civilizational nature and are not eliminated by the change of leaders.

The "America Returning" of the globalist democrats means not only the end of Trump's "elephant-in-the-china shop" foreign policy, breaking up the usual alliances and withdrawing from almost all international treaties. These are, first of all, new efforts to "establish democracy throughout the world", or rather, to reshape it in accordance with the ideas and "values" of the United States. It should not be forgotten that the vast majority of aggressive wars unleashed by this country over the past one and a half hundred years were started not under the "brutal" Republicans, but under the "white and fluffy" Democrats. And even about the "color revolutions", which are their favorite business, it is not even necessary to speak.

Tony Blinken, whom Biden sees as the US Secretary of State, played the role of "second person" in this department during Barack Obama's time long enough to judge his attitude to such things. Let me remind you that he was an ardent supporter of the military invasion of Syria after in 2013 another trumped-up accusations of “the use of“ chemical weapons ”were brought against Bashar al-Assad. Blinken wholeheartedly endorsed the defeat of Libya and the like, since, according to people who know him, he is an ardent supporter of "the use of US military power to protect freedom and human rights." Some kind of idealist with a cocked Colt? Let's not jump to conclusions. Let us turn better to specific examples characterizing the position of the future head of the State Department directly regarding Russia. And the best thing to do is, perhaps, remembering his activities in the "Ukrainian direction", where he showed himself quite brightly.

They will not beat ... they will choke

First of all, the extremely Russophobic project "new Ukraine" itself was, according to some sources, developed by Blinken with a group of his closest associates. It happened at the very beginning of the 2000s, when he headed the Foreign Relations Committee of the US Senate. Actually, it was then, starting with the first "Maidan" in 2004, and the implementation of this project began, which ended in complete success only in 2014, when Obama became the American president, and Blinken took over as Deputy Secretary of State. Generally speaking, this politician has always advocated “more active US actions in the“ post-Soviet space ”. It should be noted that Tony Blinken, apparently, is a categorical opponent of the confrontation with Russia in the military sphere. In all his statements about our country, one can hear clear and unambiguous “economic motives ". For Crimea, according to Blinken, Moscow had to "pay a high price" or even a "heavy fine."

In addition, he has repeatedly spoken out that the peninsula will certainly become an “unbearable burden” and “a factor of internal destabilization” for the domestic economy, assessing these moments very positively and calling the reunification of 2014 “a strategic loss for the Kremlin”. Blinken also was and remains a supporter of the deepest possible international isolation of Russia. Welcoming and supporting her exclusion from the same G8, he argued that "Putin assesses Russia's position in terms of the geopolitical influence that it has." Blinken is deeply convinced that "undermining Russia's position in the international community can seriously weaken the current government." So there is no doubt that he will support any initiatives to introduce anti-Russian restrictions and new obstructive demarches in his new post, as they say, with both hands.

But against the military escalation in Donbass, specifically against providing Kiev with any models of lethal weapons, even in the smallest quantities, Tony Blinken has always been consistent and harsh. Here, again, it is not philanthropy at all that takes place, but pure pragmatism: in his opinion, this “would play into the hands of Russia, which costs nothing to provide similar assistance to the forces it supports, but only in double or even triple volume ". Generally speaking, Blinken unambiguously pointed out that the conflict in the east of Ukraine "cannot have a military solution, but only a diplomatic one." Somehow this figure even agreed that he "most of all would like to return Russia to the world community." And this is quite possible after our country and the "separatists" finally "fulfill their obligations under the Minsk agreements."

This is already - populist rhetoric to the public, hypocrisy of the purest water. The practical conclusions that suggest themselves after Blinken's appointment as head of the State Department boil down, for the most part, to the belief that the conflict in Donbas will not be inflated by the United States too openly. However, the overseas "friends" will not let the overseas "friends" finish it in any way acceptable for our country and, first of all, for the inhabitants of this war-torn region. This is definitely not in their best interest. Most likely, the same empty talking shop in Minsk and other "negotiating platforms" will continue, interspersed with provocations and more or less major mischiefs in Kiev. In short, nothing new is foreseen.

What about the rest of the areas? With respect to the "Nord Stream-2" options are possible. On the one hand, Washington is pinning its hopes on Blinken, as a person who grew up in Europe and is famous in power circles there, to restore relations with overseas allies that have been badly damaged by Trump and his team. So, there is a chance that the United States will not introduce an additional "annoying factor" in such a delicate and difficult moment, "pushing" the topic that is ailing for Germany and Austria. At least for a while. On the other hand, it is worth knowing that Tony Blinken was a staunch opponent of the Russian (then Soviet) gas pipelines going to Europe at the dawn of his career, in the 80s of the last century. Presumably, his position has not changed since that time. For the better - for sure. Again, based on the views of this politician on the "post-Soviet space", it is quite possible to expect a sharp intensification of the actions of the Americans to support the still unabated "Maidan" in Belarus. So Alexander Grigorievich would be better off with this disgrace as soon as possible - until the new participants pulled up. And you never know ... The US State Department is not the Poles with the Lithuanians. There is definitely more experience and opportunities. Well, Russia should be ready for a new aggravation of the situation in Minsk.

The only more or less positive prospect seems to be perhaps the desire declared by Biden to "return the United States to all the most important international structures and treaties," from which Trump "jumped out" as if scalded during his presidency. This gives rise to the hope that the START-3 agreement "hanging by a thread" will nevertheless be prolonged, and without additional conditions that were absolutely impossible for our country, which were put forward earlier. In general, the configuration of the new Washington team that is already beginning to take shape indicates that the confrontation between the United States and Russia will inevitably continue and even worsen. Perhaps - without sharp "peaks" and moments of utterly extreme tension, but also without any "reboots" and similar nonsense. I will repeat once again - this is not a matter of presidents or secretaries of state. Russia is deeply alien and hostile to the globalist world order with the center of the universe located in Washington. Everything else is just derivatives.
Reporterin Yandex News
Reporterin Yandex Zen
4 comments
Information
Dear reader, to leave comments on the publication, you must sign in.