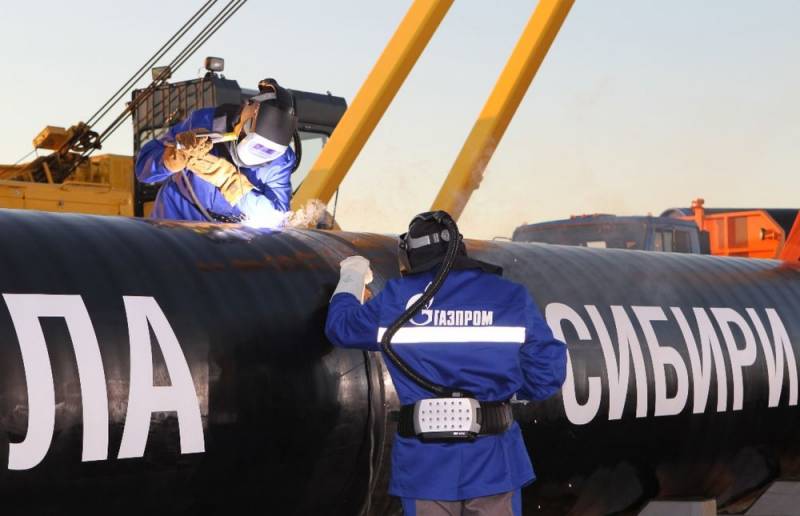 Beijing is violating its agreements with Moscow by continuing to literally ignore Russian gas flowing through the Power of Siberia gas pipeline launched on December 2, 2019. The Chinese company CNPC actually breaks down a $ 15 billion contract with PJSC Gazprom.


The agency informs about it Interfax, basing their conclusions on the data of "Gazprom" itself and statistical information of the Main Customs Administration of the PRC.

However, this is not enough to compensate for the catastrophic shortage of gas in the first half of the year in the time remaining in 2020. In order to rectify the situation and enter the framework of the figures stipulated in the contract, the Chinese need to withdraw 32-33 million cubic meters daily. m of "blue fuel". Thus, Gazprom should almost double its supplies, which is unlikely.

Analysts at Promsvyazbank also believe that Beijing in 2020 will not be able to fulfill its obligations to Moscow. China currently buys significant volumes of LNG, although it is more expensive than Russian pipeline raw materials.

According to the Chinese customs authority, LNG imports in September jumped by 25% in annual terms and amounted to 5,02 million tons at an average price of $ 214 per XNUMX cubic meters. m. But Gazprom does not abandon its attempts to expand its presence in the Chinese market, which by the middle of the century should become larger than the European one.
Reporterin Yandex News
Reporterin Yandex Zen
14 comments
Information
Dear reader, to leave comments on the publication, you must sign in.