Three scenarios for the global economy after the US elections 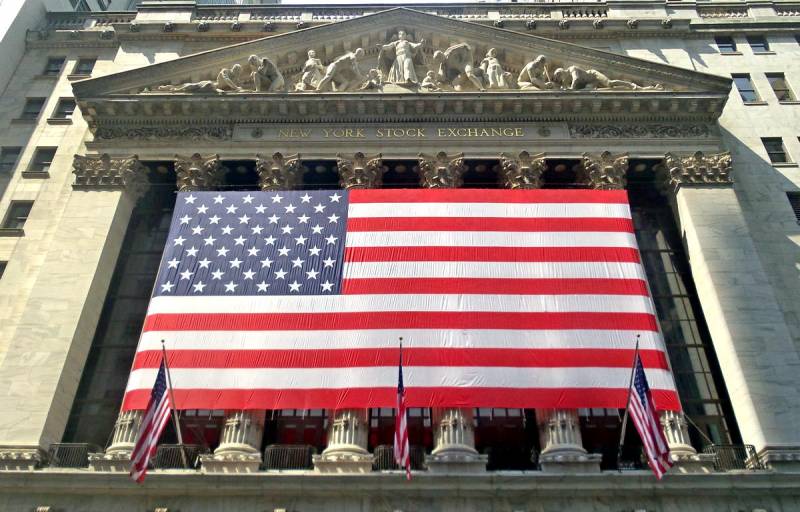 Despite the fact that the elections in the United States were held and Joe Biden was proclaimed the winner, the history of confrontation between Democrats and Republicans is not yet over. Donald Trump does not give up and intends to defend his victory in the Supreme Court, where he still retains a strong position and the chances of revising the results of the vote count. This means that the United States is now at a crossroads, and with it the entire world economygiven their status of "hegemon".


There are three basic scenarios and a ton of variations on the theme within each one. Let's take a quick look at how the outcome of the American elections will affect all of us.

If President Donald Trump can prove in the Supreme Court that the last election was rigged in favor of the competitors who stole his victory, the consequences for the Democratic Party will be very serious. A scandalous trial over political opponents. In the field of economics, the Republican will continue the course towards the collapse of the "globalist" project. Most likely, the United States will leave the WTO, which has lost its relevance after China created the RCEP. Washington will put more pressure on Beijing to curb the expansion of Chinese capital and influence. American corporations will continue to withdraw production from China and Southeast Asia to their "heartland", labor migration will be limited. You can forget about the "covid repression" against the population and business under Trump. The dollar will gradually weaken due to "quantitative easing" and the need to improve the competitiveness of US exporters.

For Russia, Donald Trump is a very controversial character. On the one hand, it puts pressure on Nord Stream 2 in favor of American gas producers. On the other hand, he does not apply the toughest sanctions and does not pay special attention to our country with its 3% of world GDP. His policy, aimed at the collapse of the "globalist" project of Russia, is objectively beneficial, since it gives a chance to restore national sovereignty.

Biden's team, on the other hand, intends to maximize the topic of the coronavirus pandemic and print new trillions of dollars, as well as issue public debt bonds in order to flood this fire with money. The manufacturing economy will collapse faster and faster under the pretext of a transition to a post-industrial society based on technologies that are being introduced by corporations from Silicon Valley. The accelerated digitalization of public life will continue, ostensibly to increase the effectiveness of the fight against coronavirus and other infectious diseases, which we will learn about in due time.

Under the pretext of the need to jointly fight climate change, the Democrats will renovate their "globalist" project aimed at reducing the national sovereignty of individual states. Supranational health and environmental structures will be actively promoted under the auspices of the United States, with enormous influence on politics and economics. The main beneficiaries of Joe Biden's presidency will be the owners of multinational corporations. Russia's chances of breaking free from their "tutelage" will be sharply reduced, especially when you consider how many Western liberals we have in power.

But there is a third scenario, the relevance of which is growing as Donald Trump continues to struggle for power. If he manages to prove the fact of falsifications and his victory, then nothing good for Biden's headquarters will shine. To avoid shameful criminal proceedings, Democrats can take their Antifa and BLM militants out onto the streets. Further events can develop according to many scenarios, one of which is the actual disintegration of the United States into two "democratic" coasts and a "republican" Midwest. For all the "karmic" justice of such an event, it will carry a lot of negative consequences for the rest of the world.

At first, this means the collapse of the dollar system on which the entire world financial system is built. Investors will run to save themselves in gold, but bankers, together with transnational IT corporations (Microsoft, Facebook, Apple, Amazon, Google), will undoubtedly try to create their own surrogate in the form of a global digital currency.

Secondly, the fragmentation of the United States and the collapse of established economic ties will mean the collapse of the American domestic market, the richest in the world. It would seem that in Beijing, Moscow or Berlin they will have to dance with joy, but it is necessary to understand that the Chinese and European economic models are directly tied to exports to the United States. The drop in export volumes will very quickly reduce the level of welfare, social stability and prospects for further development in the PRC and the EU.

Accordingly, all this will negatively affect Russia with its economic model based primarily on the export of hydrocarbons and other resources. The bottom line is that keeping Donald Trump in power is the least possible evil.
Reporterin Yandex News
Reporterin Yandex Zen
5 comments
Information
Dear reader, to leave comments on the publication, you must sign in.