New government in Moldova: Sandu may disappoint not only Russia, but also Ukraine 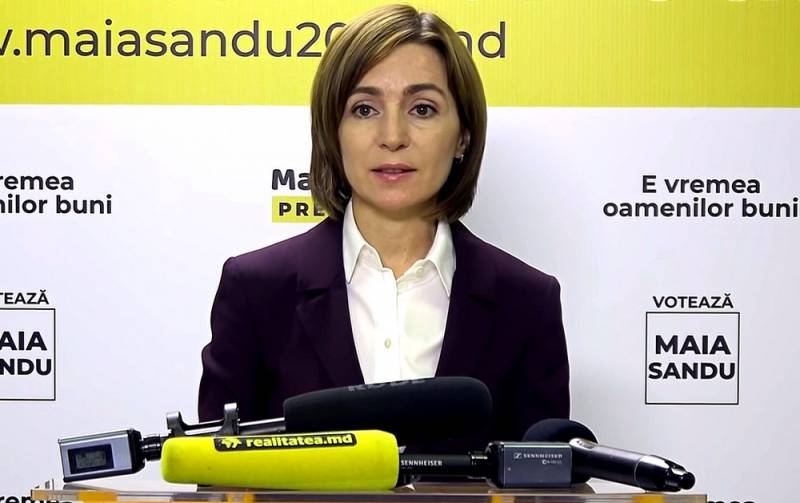 The hostilities in Nagorno-Karabakh had hardly ended when the prospect of unfreezing another long-standing conflict in the post-Soviet space loomed before Russia. The change of power in Moldova from the “pro-Russian” President Dodon to the pro-Western Maia Sandu could lead to the expulsion of peacekeepers and Russian troops, economic strangulation and a blockade of Transnistria. However, there are other views on this problem.


There is no doubt that the elected President of the Republic of Moldova, a graduate of the J. Kennedy Harvard Institute of Public Administration, a former adviser to the President of the World Bank in Washington and holder of a Romanian passport, Mrs. Sandu, is a pro-Western politician. In an interview with the Ukrainian newspaper, the head of state immediately made it clear in what way she would lead Chisinau. However, in Russia and Nezalezhnaya, her statements were interpreted in very different ways.

There were optimists who saw some pro-Russian motives in President Sandu. The reason was her reproach towards Kiev that it is trying to solve the problem of the DPR and LPR by military means, and cited as an example Transnistria, with which Chisinau is conducting direct negotiations and has concluded hundreds of agreements:

We recognized that Transnistria is part of the negotiation format, we gave the local business the same trade regime as our producers.
The new Moldovan leader directly stated to the Ukrainian authorities that the military solution to the Donbass problem is a dead end, and it is time to start direct communication with the heads of the unrecognized republics, for which Kiev is absolutely not ready. This, by the way, is also the well-known position of Russia.

Ms. Sandu refused to call Moscow an "aggressor country" and intends to try to unblock Moldovan exports to the Russian Federation, which were closed for many names after the signing of the European Association Agreement. Well, these signals are quite constructive, so they can only be welcomed. However, this barrel of honey could not do without a bucket of tar.

At firstOn the fundamental issue of Crimea's ownership, President Sandu stands on the side of Kiev, which she emphasized in an interview:

I respect the territorial integrity and sovereignty of Ukraine over Crimea.
SecondlyDespite the fact that Chisinau considers Transnistria its territory, it refuses to pay for the Russian gas supplied there.

Thirdly, Maya Sandu begins his presidency with the question of the withdrawal of the Russian military from Moldova, although he does it relatively delicately, in stages. Recall that in this former Soviet republic there are both our peacekeepers and military personnel from the Operational Group of Russian Forces (OGRV). The former protect the security of Transnistria after the start of the interethnic conflict, the latter - military warehouses in the village of Kolbasna, where 20 thousand tons of ammunition are stored. The predecessor Sandu Dodon, and now she herself, also demanded to withdraw the latter after the disposal of ammunition. Following the withdrawal of the limited contingent based on the results of a political settlement, the peacekeepers will also have to leave.

The settlement should be understood as the reunification of Transnistria with Moldova, which under Sandu has every chance of either reunification or absorption by Romania. It is easy to imagine how residents of the unrecognized republic who have Russian passports will react to this. However, Chisinau has a fairly effective instrument of pressure. For example, he can take away from Tiraspol the trade regime, which allows sending 65% of its exports to the EU. Everything else goes to Russia through the territory of Independent. And here, in an interview with the Ukrainian edition, one can see a hint of possible interaction between Chisinau and Kiev:

We must restore, "repair" relations between our states after where they have gone over the past four years, under the presidency of Igor Dodon.
The question is, what will Moscow do if Transnistria really begins to strangle economically? "Calibers" will definitely not help here. President Sandu does not directly call Russia an enemy, unlike the narrow-minded Ukrainian politicians, whom she is much smarter and more educated. She lays down softly, as she was taught at Harvard, but she will sleep quite hard.
Reporterin Yandex News
Reporterin Yandex Zen
17 comments
Information
Dear reader, to leave comments on the publication, you must sign in.