Unfreezing the war in Transnistria: the Kremlin still has a chance to save the day 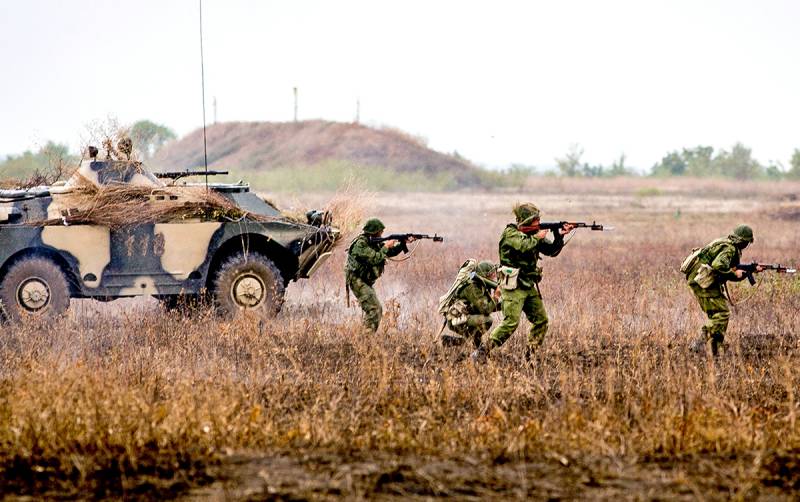 Somehow, against the background of the recent events in Nagorno-Karabakh and the scandalous elections in America, the presidential elections in Moldova, the first round of which took place on November 1, and the second round ended on November 1 with a crushing victory of the pro-Western candidate Maya Sandu, faded into the background. % bypassed her counterpart, former President of Moldova, pro-Russian Igor Dodon. With all due respect to the choice of the Moldovan people, we can say that this time it is not a victory for Maya Sandu, but a defeat for Russia. And that's why.

West will help us

The 1st round, which took place on November 1, seemed to be conducive to moderate optimism. Dodon lagged behind by only 4%, gaining 32% of the vote against Sandu's 36%, with a turnout of 43%. But even then it was impossible not to notice that the European diaspora played a key role in Sandu's victory. These are the citizens of Moldova who rushed en masse to work in Europe. I must say that in the absence of work at home, a third of the working population of the country had to look for work abroad, half of them (about 300 thousand) found it in the West. Europe (mainly in Italy, Romania, France, Great Britain, Germany, Spain, Poland, Czech Republic), half in Russia. Is it any wonder that Moldovans, who felt they were Young Europeans, voted for the pro-Western candidate Maia Sandu. Which ensured her victory in the 1st round. But, apparently, the people in the Kremlin responsible for the Moldovan direction were reassured by the small gap of only 4% between the first and second numbers.

Moreover, the Kremlin also managed to divide its electorate between Renato Usaty, who took 3rd place, a creature of Vladislav Surkov, and Igor Dodon, who was walking second, for whom Dmitry Kozak was responsible. And the corrupt Usatii in the second round, spitting on the curator from Moscow, urged his voters to vote for Sandu. Apparently, he was prevented from sleeping by the criminal cases brought against him in the Russian Federation. Where Vladislav Yuryevich (Surkov) was looking, I don't know. This is his joint! It is not a fact that all of Usatii's voters obeyed him, but Dodon lost in the second round not only foreign polling stations, but also Moldovan ones, lagging inside the country by a ridiculous 2 thousand votes from his pro-Western counterpart, which is significant.

Still, Sandu's real victory was brought not by these 10 thousand votes, but by 250 thousand people who came to foreign polling stations and massively voted for her. Already in the first round, Moldovan workers broke all world records in terms of turnout and their impact on the results of national elections. Then 1 thousand workers came to foreign sites, 150% of whom voted for Sandu. Even then, the people in the Kremlin should have thought about it. Something has clearly gone wrong! Such activity of "Western Europeans" could be opposed to similar activity of Moldovans working in the Russian Federation. And this, for a second, 93 thousand votes. Dodon would have had enough of them to neutralize Sandu's advantage. When necessary, the people in the Kremlin know how to ensure the turnout they need. Administrative methods for this they have in bulk. But in all of Russia there were only 300 polling stations where Moldovan citizens could vote. Four in Moscow, three in the Moscow region, three in St. Petersburg, and one each in Sochi, Lipetsk, Tula, Kursk, Kostroma, Ryazan , Surgut. Seems like enough? But only 17 people came to them in the 1st round, and in the 5600nd round a little more than 2 thousand.

Compare this with the 250 who voted in Frankfurt, London, Paris, Naples, Rome, Warsaw or Munich. It would seem, why such consciousness? What are they smeared with honey there? In general, what does it matter to them who will be elected at home? After all, most of them no longer associate their future with it. But it was not given to us to find out, since there were not even our observers in these areas. Maybe they attributed these voices to her? Now one can only guess about it.

122 plots abroad versus 17 plots in Russia

In Italy alone, 31 polling stations were opened, in Romania - 13, the USA - 12, in France - 8, in the UK - 7, 6 - in Germany, 5 - in Spain, even in small Ireland, with a population of one third of Moscow , 4 sites were opened. A total of 139 of them were opened around the world, even in Qatar and the United Arab Emirates one by one! They were taken there by buses or whatever, we cannot find out, but the turnout in the second round was 2% versus 53% in the first. But I know exactly how Sandu's supporters scattered nails on the roads, intimidated and copied the license plates of cars, trying to prevent the participation in the elections of Moldovan citizens living in Transnistria. And they got in the way! In 43 precincts, specially opened on the left bank of the Dniester for the expression of the will of the inhabitants of Transnistria, only 1 thousand people voted in the first round, slightly more than 42 thousand in the second, and 1 thousand of those eligible to vote. Why they could not vote in Transnistria is no longer a question for me. Tiraspol accused Sandu of fraud in advance and even blocked the very possibility of voting there. Of course, falsifications are possible only in Tiraspol, but not in Bucharest and Rome, there, probably, the Pope himself controls the honesty of citizens' will.

You know the result. In total, 2 million 1 thousand people took part in the second round, of which 650 thousand voters cast their votes for Sandu. 950 thousand of them voted abroad. These are the same 250% of votes that Dodon lacked, and who decided the outcome of the elections, breaking the neck of the Moldovan camel (sorry, pro-Russian candidate). The foreign diaspora actually made a result by voting against Igor Dodon (out of 15 thousand who took part in voting abroad, 255 thousand voted for Sandu). Is Dodon to blame for this? More likely no than yes. Because he is not the subject of this game, but rather an object. And the subjects here are the collective West and the Russian Federation, leading a large geopolitical party. Who won it - the result is on the scoreboard! Why did not 250 thousand Russian Moldovans come to the elections, while their western compatriots stormed the Moldovan embassies and consulates from the night, the question should be asked not to Dodon, but to Surkov and Kozak, who are responsible for the Moldovan direction in the Russian Federation. This is the question political will. This means that the West has more of this will.

The threat of unfreezing the Transnistrian conflict

How this will turn out for the Russian Federation, you will see in the near foreseeable future. At least, before even taking office, Sandu has already stated in her interview to the Ukrainian "European Truth" about the need to withdraw Russian peacekeepers from Transnistria.

I am sure that we will find a format for resolving this conflict. And it should include the complete withdrawal of Russian troops from the territory of Moldova
- she said, adding that she is also against federalization of the country. How far she is ready to go in this, we will see very soon. I think that the blockade of Transnistria is not exactly what the Russian Federation would like to see there.

The only thing that can prevent the pro-Romanian president of Moldova from implementing her plans is her status. After all, Moldova is a parliamentary, not a presidential republic, and its powers are limited by parliament, where it will be difficult for it to pass its decisions without the support of Dodon's socialists. But no one will stop her from calling early parliamentary elections. But whether her Action and Solidarity (PDS) party wins there, depends not on Dodon, but on the Kremlin, and on whether he draws the right conclusions from the defeat of his protege in the last presidential election.

For your information: The conflict in Transnistria has not yet been resolved by political means. The armed stage of the conflict ended on August 1, 1992 with the direct participation of the Russian Federation (the 14th army of General Lebed contributed to the separation of the parties). Since then, it has been the most bloodless conflict region. An operational group of Russian troops consisting of 1500-1700 people is now based there. In addition to them, security in the region is ensured by the peacekeeping forces of Moldova, the PMR itself, as well as Ukrainian observers. This did not prevent the UN General Assembly in June 2018 from adopting a resolution on the withdrawal of Russian peacekeepers from Transnistria. The Russian Foreign Ministry called this decision provocative, and the PMR refused to obey it.

For those who have forgotten, I will remind you that the Russian Federation does not have any borders with the PMR. The rotation of the Russian military takes place through the Chisinau airport. All communication with Tiraspol is by air only. Whether Maia Sandu wants to set this region on fire and whether she knows how to handle matches, we will see in the near future.
Reporterin Yandex News
Reporterin Yandex Zen
20 comments
Information
Dear reader, to leave comments on the publication, you must sign in.