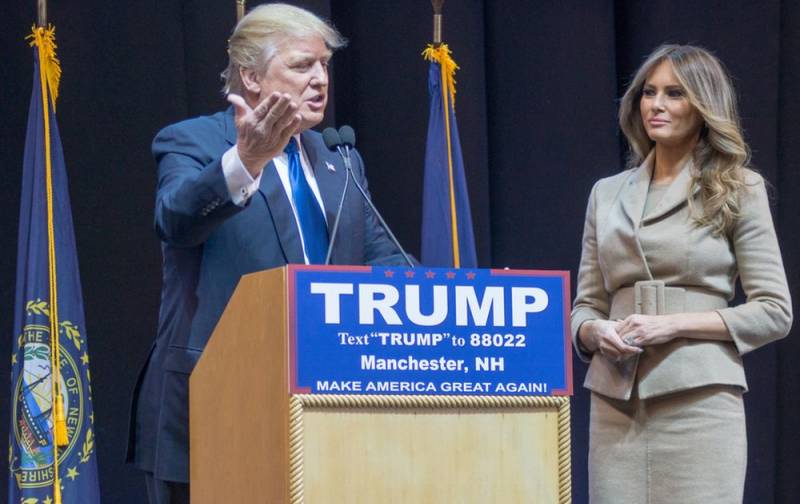 For the first time in US history, the president refuses to recognize the election results, but he has only two months to figure out how to stay in power or leave the White House, writes the French online publication Slate.fr., Publishing scenarios of Donald Trump's departure.


The first scenario is classic. Its probability is only 12%, since few people believe in it. However, it cannot be ruled out that after the electors vote on December 14, 2020 and Joe Biden is declared the new head of state, Trump will silently obey.

The likelihood of a military scenario is even lower - 0,0000001%. This option is more suitable for some kind of Latin American dictatorship than for the United States. It is difficult to imagine that the military, who sided with Trump, will go to a coup. However, the seizure of the White House by the security forces who sided with Biden is also incredible.

The third scenario is the "bad player". Its probability is very high - 94%. Undoubtedly, by the end of December, Trump will hear from his entourage that there is no hope of success. This will be a very painful moment for Trump. But he recognizes this in order to preserve the honor and civil peace in the country. Finally, he will make it clear that it was he who won after all, after which he will leave the White House with his head held high.

There is one more option - “resignation”. Its probability is 43,59%. Trump is well aware that after leaving, he may have various problems. But there is a concept of presidential amnesty. Biden is unlikely to do this. But incumbent Vice President Mike Pence will automatically become interim president if Trump resigns. He can pardon Trump.

According to the fifth scenario, which has a 64% chance, Trump could suddenly have "major health problems." No one will be surprised when 74-year-old Trump, who leads the wrong lifestyle, ends up in the hospital, where he will be between December 14 (electoral vote day) and January 20, 2021 (Biden's inauguration day). Leaving the hospital, Trump is "amazed" to find that the White House Oval Office is busy. He will play the role of a victim, say that they do not do this with patients and that will be the end of it.

There is also an exile scenario, the probability of which is 67%. In January, the fuss will begin at the White House. After which everyone learns that Trump, having packed his things, flew to Pyongyang, to his friend, dictator Kim Jong-un, who promised him a life-long prime-time show on the state TV channel. At this time, Melania Trump will leave with a smile from her lawyer in New York (talking about a likely divorce - ed.)
Ctrl Enter
Noticed oshЫbku Highlight text and press. Ctrl + Enter
We are
Poles explain why Biden will be more convenient for Moscow than Trump
US State Department: Venezuelan Civil War Scenario Ready
Reporterin Yandex News
Read Reporterin Google News
3 comments
Information
Dear reader, to leave comments on the publication, you must sign in.