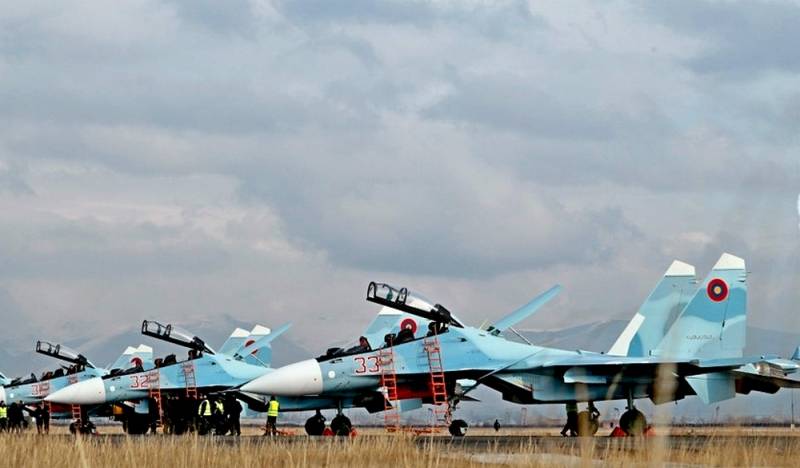 The battles in Nagorno-Karabakh died down, and a ceasefire agreement was signed on November 10. The Armenians call themselves the losing side of the military confrontation, and in the ruling elite of Armenia they began to search for the guilty. Former head of the General Staff of the Armenian Armed Forces Movses Hakobyan spoke about his vision of the reasons for the defeat of the Armenian forces.


According to Hakobyan, he repeatedly discouraged the highest authorities of Armenia from buying Russian Su-4SM generation 30+ two-seat multipurpose fighters, but they did not heed his arguments - he spoke about this at a press conference on Thursday November 19.

Four years ago, Yerevan was considering the possibility of acquiring combat aircraft from Russia, but then Hakobyan was able to dissuade those in charge from this step. Later, at a meeting with Prime Minister Pashinyan, he argued in favor of refusing to buy the Su-30SM - in his opinion, this was a criminal step that would have to be held accountable. However, the prime minister replied that a corresponding agreement with the Russian Federation had already been signed.

According to the former head of the Armenian General Staff, the authors of this document did not read the legal acts of the Russian Federation. They say that the air-to-air missiles so necessary for the Su-30SM are not being sold to other countries.

At the same time, from the very beginning, it was planned to purchase several divisions of Tor anti-aircraft missile systems, but later it was decided to redirect most of the funds to the Su-30SM, Hakobyan explained, believing that the air defense systems could bring more benefits in the Karabakh conflict than the purchased fighters.
Reporterin Yandex News
Reporterin Yandex Zen
4 comments
Information
Dear reader, to leave comments on the publication, you must sign in.