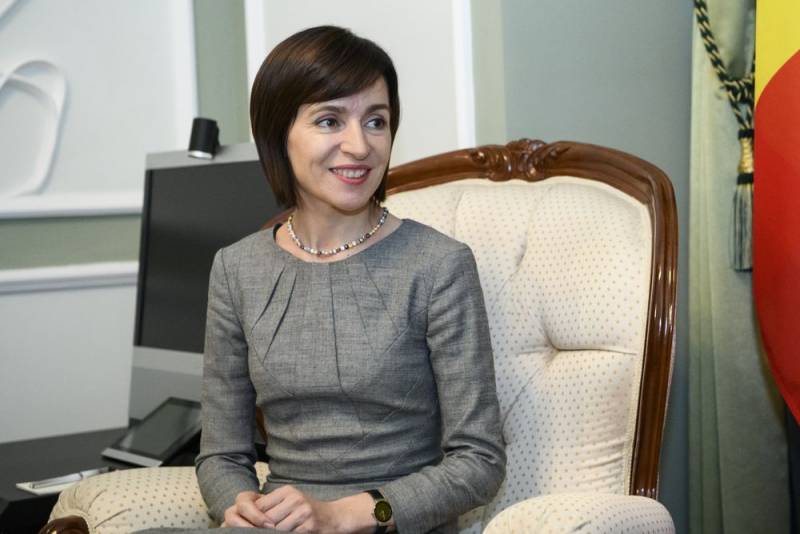 The victory of pro-Western Maia Sandu over socialist Igor Dodon in Moldova has put the Kremlin in a difficult position. Writes about this in the electronic version of the newspaper "Evening Moscow" Associate Professor of the Department of Mass Communications and Media Business of the Financial University under the Government of the Russian Federation Gevorg Mirzayan.


The author reports that it is difficult for him to imagine that a person who has the citizenship of another country, who does not recognize the borders of the state in which he lives, becomes the president of Russia. And even in the years of admiration for the West.

Such policy not that they would not have been elected, but probably they would have also beaten. <...> And in Moldova they did not beat him and elected
- he specified.

Mirzayan added that Sandu has a Romanian passport, and Romania is a country that wants to deprive Moldova of independence, making it a part of itself. According to the political scientist, Sandu received several "valuable instructions" from her curators, one of which is the desire to drive the Russians into the "Transnistrian trap." It can plunge Moldova into a deep political crisis and even a military conflict with Russia, trying to destabilize the situation in the PMR.

The expert drew attention to the fact that in order to implement the plan, Sandu will first need to collect a majority in the Moldovan parliament. At the same time, Moscow resigned itself to finding Chisinau in the EU's sphere of influence, and if Sandu “leads the Moldovan tour to the Romanian stall,” then Russia will be unable to do anything about it.

However, she may and must (!) Ask Sanda to leave the Transnistrian hammer and sickle where they are now. Transnistria (unlike Moldavia) was not part of Romania, and its population considers itself not Romanians, but Russians. Part of the larger Russian world, protected by Russian peacekeepers
Mirzayan stressed.

He believes that theoretically Chisinau can abandon claims to the PMR and release the autonomous Gagauzia, which is against Romanization, after which it will become part of Romania. But "calm union", in his view, is unlikely, since the West is not interested in a bloodless resolution of the situation.

The situation in the region can become very aggravated, after which Russia will face an unpleasant but "very, very familiar choice." On one side of the scale there will be a war to protect the Russians in the PMR, and on the other - a shame, with the evacuation of peacekeepers and 200 thousand Pridnestrovians with Russian passports.

Moreover, the war is not with Moldova: in order to enter Moldovan territory and from there to Tiraspol, Russia must invade Romania, a NATO country, by sea. There is a way to Transnistria and overland, from the east. But for this you need to go through Ukraine (a big hello to those Kremlin strategists who did not foresee the future conflict around Transnistria and did not annex Odessa together with Crimea)
- he noted.

Mirzayan summed up that if Russia makes a mistake in its choice, it may face new hot spots, since at one time it did not pay due attention to Moldova.
Reporterin Yandex News
Reporterin Yandex Zen
49 comments
Information
Dear reader, to leave comments on the publication, you must sign in.