Russia has a clear advantage in dividing the Arctic 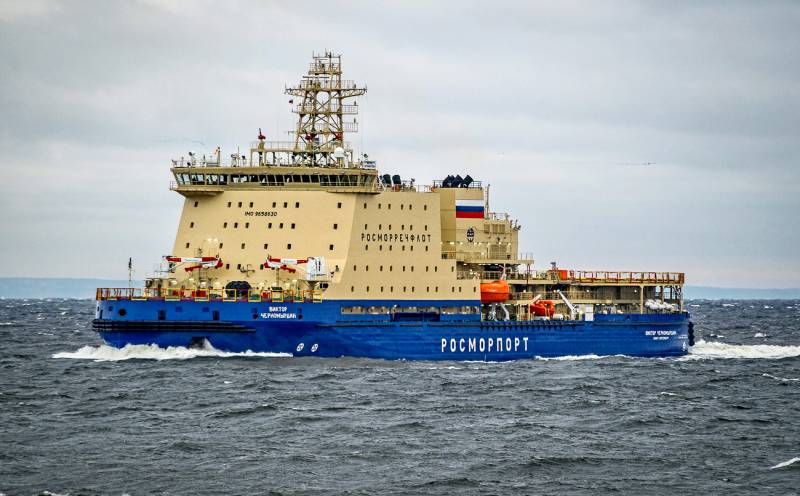 The direct confrontation between Russia and the United States in the Arctic, which has been so much talked about lately, may indeed begin on the horizon of the next few years. An informational occasion has already been created, and then the question will be the physical ability of each of the parties to defend their rights.


It is no secret that the United States and its NATO allies in recent years have shown increased interest in the Arctic region, which is rich in natural resources and provides the shortest sea route from Europe to Asia. In addition, it is very convenient to fire ballistic missiles at each other through the Far North. Due to its geographic location, Russia has a dominant position in the Arctic. We are also very lucky to have retained our icebreaker fleet, the largest in the world, since Soviet times.

However, in the Arctic, we are not alone. Unfortunately, Americans, Canadians, Danes, Finns, Norwegians, Swedes and Icelanders also have their rights to a piece of this ice pie. President Donald Trump even planned to increase the US stake by buying Greenland from Denmark, but was refused. And now there is a reason to amicably revise Russia's rights to the Arctic. Moscow and Copenhagen have long disputed the belonging of the territory belonging to the underwater Lomonosov Ridge in the Arctic Ocean. In 2001, a Russian application to the UN was rejected due to "lack of geological information." In 2014, the Danes submitted a corresponding application to expand the territory of the Arctic day outside Greenland. A year ago, Canada filed claims for the Lomonosov Ridge, considering it a natural continuation of the continental shelf of North America.

In general, there is a certain conflict over the territory and the subsoil hidden in it. It will be up to a special UN commission to decide whose Ridge, and the consideration may take several years. If the principle of "equidistance" is taken as a basis, then the advantage will be on the side of Denmark with its Greenland. The United States will clearly support Canada, and Russia stubbornly considers this sea shelf to be its own. And then everything will depend on the ability to defend their interests. International law is, of course, good, but it is even better to have a navy that can take control of the disputed region "until special circumstances are clarified." And here everything is very ambiguous.

On the one hand, the US Navy is incomparably stronger than the Russian Navy. On the other hand, American ships are unable to operate effectively in the Far North. What is an aircraft carrier or missile cruiser worth if it is corny covered with ice? The problems of the United States with the icebreaker fleet are well known: there is only one on the move, very dilapidated. Russia has about four dozen icebreakers of different classes, including several nuclear-powered ones, and even armed icebreakers. Plus, super-powerful icebreakers of the "Leader" class are being built, which will be able to conduct military convoys in the Arctic Ocean even in winter. President Trump has ordered the building of his own icebreakers. Initially, it was about three large and three medium. But later he had ambitions to build the largest icebreaker in the world:

We now have the largest icebreaker in the world under development. We are going and will try to create 10 more icebreakers if we can. We now have only one, while Russia has 40. We will have two, but we would like another 10.
It should be borne in mind that there is no such shipbuilding experience in the United States. According to experts, the Americans will be able to build simple diesel-electric icebreakers in one and a half to two years, but they will still grow and grow before giant ships. Also, much will depend on who will win in the White House, Republicans or Democrats, whose approaches to foreign policy are very different. Meanwhile, the nuclear-powered icebreaker Arktika and the world's largest diesel-electric Viktor Chernomyrdin were launched in Russia. Let's hope that mistakes in the construction of the latter will be taken into account and will not be repeated in the future, and Russia will be able to maintain its dominance in the region.
Ctrl Enter
Noticed oshЫbku Highlight text and press. Ctrl + Enter
Reporterin Yandex News
Reporterin Yandex Zen
Information
Dear reader, to leave comments on the publication, you must sign in.