The pandemic is devastating European airports. But not Russian 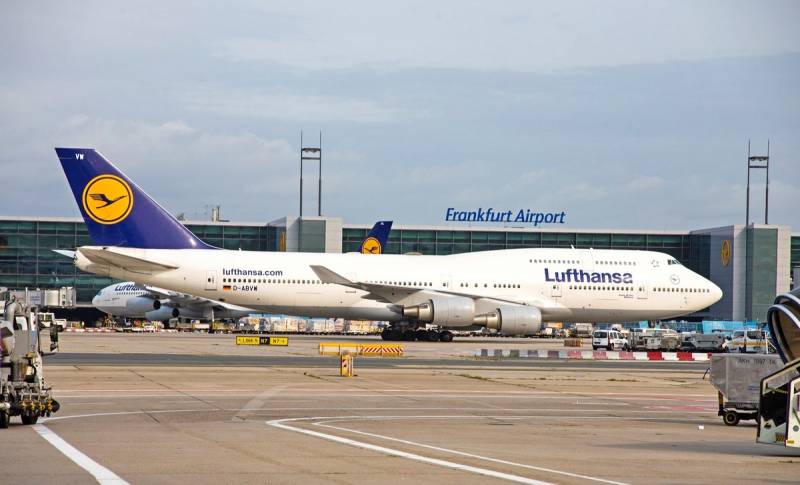 Despite the second wave of the coronavirus pandemic that is clearly sweeping the world, the voices of those who call for the resumption of full-fledged air traffic as soon as possible - both in the Old World itself and beyond its borders - are louder and louder in the European Union. However, in this case we are dealing with the classic embodiment of the saying: "easier said than done."


What is hindering the revival of the European air transportation industry, and what priority problems are fraught with its further forced downtime?

Refusal to fly: unprofitable and ... useless!

A truly sensational conclusion about the effectiveness of the air travel ban, which has been carefully observed all this time in the EU, came in such a conservative and far from adventurous organization like the European Commission. Directly responsible for this issue, Adina Valean, who is the European Commissioner for Transport, stated quite unequivocally that she and her colleagues “do not consider this measure to be any effective lever in curbing the spread of COVID-19”. Well, as a matter of fact, one does not need to be a Nobel laureate to realize such a simple and obvious truth - after all, a new outbreak of the spread of infection, including within the EU, occurs when the sky is practically tightly closed.

The European Commission acknowledges that the sanitary and preventive measures taken by the still operating airlines bring much more benefit. Provided they are observed, the risk of infection during air travel is minimal. According to Valean, the body she represents, which back in May of this year strongly supported the preservation of the most stringent restrictions on air travel by the EU countries, no longer intends to come up with recommendations for their extension. Well, it seems that gentlemen European bureaucrats are slowly beginning to remember such a thing as common sense. However, they are pushed to this by very specific economic reasons, which we will discuss a little below. In the meantime, let us dwell on the forecasts made by specialized organizations regarding the prospects for the air transportation industry, as such. Alas, we will not be able to draw any optimism from them.

According to experts from the European Organization for the Safety of Air Navigation (Eurocontrol), who reflected it in an official message addressed to all interested parties, today there are three more or less realistic scenarios for restoring air traffic. As you might guess, they are all firmly "tied" to the time frame in which mankind will be able, if not to finally curb the pandemic, then at least "drive" it into a certain framework and take control of the increase in the incidence. It is clear that all this will become possible only after the appearance and, moreover, the mass use of an effective means of vaccination against COVID-19. If it becomes relatively public by the spring-summer of the future, 2021, it will be quite possible to hope that by 2024 the volume of passenger air traffic will approach 90-92% of the level of the "pre-coronavirus" 2019. And this is the best of all possible options ... In the framework of other models, everything looks even sadder. If humanity begins to massively vaccinate against coronavirus in 2022, then it will be able to dream of loading winged ships at the level preceding the start of the pandemic no earlier than 2026. Well, and if most of the vaccines that are so eagerly awaited now in all corners of the Earth, God forbid, turn out to be ineffective or not at all saving from infection ...

In this case, in the conditions of the continuing isolation of entire countries and continents, the total fear of travel and the further spread of the disease, air traffic indicators, even close to those of 2019, will not be discussed, at least until 2029. At the same time, there are very strong fears that the world (and, first of all, European) civil aviation and all related industries simply will not last such a period. Eurocontrol CEO Eamonn Brennan called the situation "catastrophic" in this regard and called for urgent assistance to air carriers at the state level. The idea sounds sound and quite realistic - until it comes to the announcement of the specific amount of financial "injections" required in this case.

“Citizens are passengers! The airport is closing ... "Is it really forever?

Carrier companies around the world are not only experiencing huge problems - almost all of them, without exception, are on the verge of complete and final collapse. About fifty airlines have already ceased their activities since the beginning of the pandemic, but this, apparently, is only the beginning. Alas, humanity, including the best specialists and experts in the industry, simply had no idea what it would face this year. I remember that the International Civil Aviation Organization of the United States (ICAO) at the very beginning of the pandemic predicted "coronavirus" losses of carriers at $ 4-5 billion, complaining that this time, it seems, the losses will be more serious than during the SARS epidemic in 2003 ... At the moment, the International Air Transport Association (IATA) is talking about the financial losses of the industry, which have come close to the $ 315 billion mark! On a global scale, of course.

There is nothing to say about the social aspect of the problem - in Europe alone, more than 7 million people employed in the field of passenger air transportation are under more than a real threat of dismissal. Lufthansa alone, which lost more than 98% of its passenger traffic compared to last year and was forced to keep 700 of its 760-odd liners on the ground, officially announced a loss of 2.1 billion euros (2.3 billion dollars), in connection with which it will have to hastily sell off all their "non-core assets" and, naturally, go for a large-scale reduction of their own personnel. The airline, which was considered a model of stability and the flagship of the industry in the Old World, is saved from final ruin only by the aid received from the state in the amount of more than $ 10 billion, for which it will have to pay with a fifth of its shares. However, Lufthansa securities are not such a great value today. Since the beginning of the year they have fallen in price by more than 42%.

I must say that the German authorities have to worry about saving not only this airline, but also the country's airports. On November 6, German Transport Minister Andreas Schoer announced that the government would discuss the issue of allocating significant amounts of financial assistance to the country's "air gates". True, the federal center wants to shift half of the costs onto the shoulders of local lands and communes on whose territory the airports are located, and their representatives will most likely not be delighted with this initiative. In addition, the Federal Ministry of Finance has already expressed its negative attitude towards such ideas. The trade unions are also dissatisfied - in their opinion, "it is necessary to save people, not infrastructure." In short, there is a very high chance that the program, which will save the aviation industry, will simply be drowned in endless disputes and wrangles. The Germans can do it ...

Meanwhile, the lobbying association ACI Europe, whose goal is precisely to advance the interests of European airports, is sounding the alarm. According to the statements of its representatives, of the 740 airports available today in the Old World, about two hundred are already on the verge of closure. That is, complete collapse. According to ACI Europe experts, we are talking mainly about the "air gates" of regional proportions, but they currently provide jobs for a total of more than a quarter of a million jobs for Europeans. ACI Europe CEO Oliver Yankovets emphasizes that European airports, whose passenger traffic fell by an average of 2019% in September compared to 73, can no longer cover even their own current operating costs, not to mention capital costs.

Anyone who is familiar with the specifics of the aviation industry should understand that such a situation in the end will inevitably lead to the impossibility of safe operation of these infrastructure facilities. Their leadership will face a choice - either to shut the "air gates" tightly, or to risk that the growing problems will cause aviation accidents, in turn fraught with numerous human casualties. As we can see, there are simply no good options ... The fact that the situation with European airports is extremely unfavorable is more than eloquently evidenced by the rating data presented not so long ago by the authoritative organization Airports Council International Europe. According to this, not Britain or France, but only Russia and Turkey can claim the status of the main "air gates" of the Old World today! The compilers of the TOP-10 European airports (as of September of this year) proceeded from the most important indicator - passenger traffic. In accordance with its volume, in the first place are the "air gates" of Turkish Antalya, which has lost "only" 53% of travelers following through it in 2019. The second and third positions, respectively, are behind Moscow's Sheremetyevo and Domodedovo. On the fourth and fifth, there are both Istanbul airports, both recently built and the familiar name of Sabiha Gokcen. The sixth and seventh places are again behind us. They are occupied by Moscow's Vnukovo and St. Petersburg's Pulkovo. And only in the very last positions - from the eighth to the tenth, are Parisian Charles de Gaulle, Amsterdam Schiphol and London Heathrow, who headed the same list a year ago, modestly. As you can see, most of the places in the rating belong to Russia.

According to experts of the Airports Council International Europe, both the Russian and Turkish aviation industries, and, accordingly, the airports tightly tied to it, are saved by the “lively and strong domestic flight market” in these countries, which has managed to withstand the pandemic. Well, we can only be glad that despite all the spiteful forecasts, our country is “giving odds” to the West in this matter. Well, and, of course, all the same, I wish you a speedy recovery and deliverance from coronavirus torment both to the whole world and the aviation industry in particular - in all countries and on all continents.
Reporterin Yandex News
Reporterin Yandex Zen
3 comments
Information
Dear reader, to leave comments on the publication, you must sign in.