SouthFront: Few realized that Russian troops were in Azerbaijan 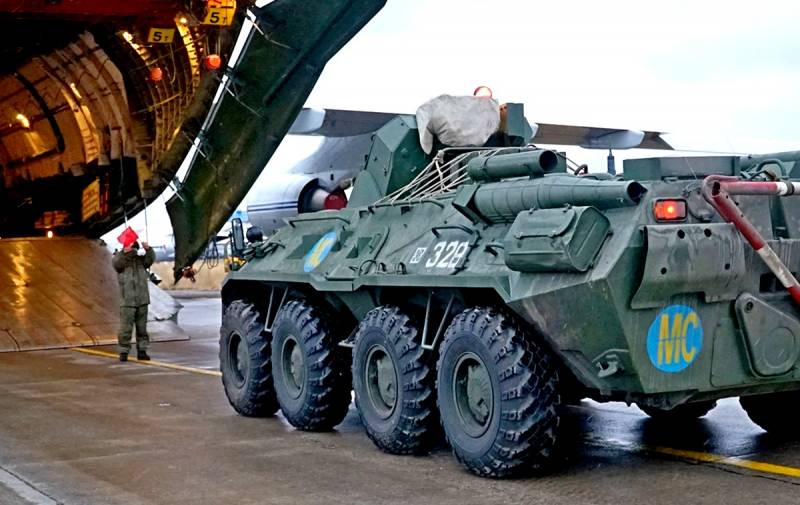 Signing of the tripartite agreement between Russia, Armenia and Azerbaijan on Nagorno-Karabakh, not everyone was able to appreciate it, writes the network edition SouthFront.


As a result of the 44-day war in Nagorno-Karabakh, a new balance of forces began to form in the Transcaucasus. Moscow's peacekeeping efforts have resulted in no bloodshed in the region for a week.

Before that, Azerbaijan won an important victory, taking control of the city of Shusha, symbolic for the Armenians. After that, the warring parties, through the mediation of Moscow, were able to agree. Baku guarantees communication between Yerevan and Stepanakert (Khankendi) through the Lachin corridor. In turn, Yerevan undertook to return part of the territories and organize a transport corridor from Azerbaijan to the Nakhichevan Autonomous Republic through South Armenia. Moreover, the latter is much more important for Azerbaijanis than a military victory over the Armenians, since it makes it possible to reduce dependence on the Turks. It is no secret that for three decades the Nakhichevan Autonomous Republic was cut off from Azerbaijan and strongly dependent on Turkey.

As for Turkey, for a long time it has been trying to become the leader not only of the Turkic world, but wants to lead all the Muslims of the planet. In relation to Baku, Ankara uses the concept of "two states - one nation" to tie it to itself. The Turks planned to acquire military bases on Azerbaijani soil and build a railway to Nakhichevan. Therefore, Ankara is not happy with the agreements signed without its participation.

At the same time, the creation of a corridor through South Armenia is also beneficial for the Turks, since their cargo will no longer need to go around the Armenian territory through Georgia. Moreover, Ankara will not even have to organize diplomatic relations with Yerevan, since Turkish goods under the guise of Azerbaijani goods will transit.

The benefits for Russia are more substantial. Both of these transport routes will be controlled by Moscow. The Lachin corridor is guarded by peacekeepers, and the road in southern Armenia is guarded by the border guards of the Russian FSB. In addition, few people realized that Russian troops are now on the territory of Azerbaijan and the 15th mechanized (peacekeeping) brigade has been registered there for a long time. In fact, Russia recognized the region as part of Azerbaijan and deployed its military base there. The realization that Moscow has settled there for a long time does not cause joy in Ankara, since it disrupts the implementation of what was previously conceived.

It should be noted that Baku demonstrates unexpected softness towards Armenians and a desire to conduct a constructive dialogue. Azerbaijani President Ilham Aliyev assured Russian leader Vladimir Putin that no one would touch churches and temples, since Azerbaijanis are a religiously tolerant people.

From all this, we can conclude that Aliyev is not going to give his country to the Turkish leader Recep Tayyip Erdogan, turning it into a province of Great Turkey or the Neo-Ottoman Empire. Baku has chosen the vector of close cooperation with Moscow, and this is obvious.
Reporterin Yandex News
Reporterin Yandex Zen
11 comments
Information
Dear reader, to leave comments on the publication, you must sign in.