French media: Karabakh is a bitter lesson for a weakening Russia 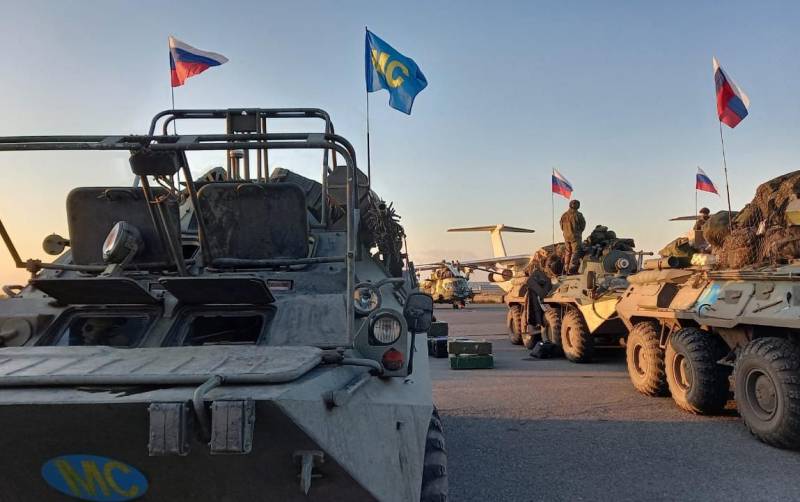 The role of the Russian Federation in the new crisis that unfolded in the Transcaucasus is discussed by the French analytical portal Orient XXI. It is noted that the lesson can be "bitter for Russia, which has long been the dominant power in the Caucasus and the defender of Armenia." But in this complex game of battles and alliances, everyone will eventually find their own.


The newspaper reminds that, according to the agreement concluded under the auspices of Russia on the night of November 9-10, Azerbaijan will return seven regions adjacent to Karabakh, and also receive a corridor crossing Armenia, which will allow it to have access to the Nakhichevan province. This, among other things, will make it obvious that Turkey has access to the main territory of Azerbaijan, the Caspian Sea and the rest of the Turkic world. This is what can satisfy Ankara, whose role in this war was extremely significant.

Russia must admit, not without bitterness, that thirty years after the collapse of the USSR, it no longer has the strength to independently decide the fate of its former vassals. New players have also gained weight, such as Turkey in the Caucasus or China in Central Asia, and they greedily take the space that Russia leaves behind.
- noted in the article.

In the case of the Caucasus, the situation for Moscow is especially critical, since for a century and a half no foreign power has dared to challenge Russia from that side.

There are a number of reasons why Putin is allowing such a Turkish invasion of the Caucasus. He needs Turkey [...] in theaters other than the Caucasus [...] as an ally against the West, which both Russians and Turks want to keep away from settling regional conflicts
- noted in the publication.

The article argues that while President Vladimir Putin was able to take advantage of the divisions between Turkey and its traditional Western allies to weaken and destabilize NATO, he has to pay for it because he cannot control Recep Erdogan's aspirations.

In addition, cooperation between Russia and Turkey is now so diverse that their economics turned out to be closely related. Politically, strategically and economically, the Kremlin helped liberate Ankara from Western patronage, even at the cost of the arrival of Turkish power in the Caucasus and, ultimately, Central Asia.

Thus, the more Russia attacks the Syrian rebels, supported by Turkey, the stronger the Turkish support for Azerbaijan. This balance of power forces Moscow and Ankara to negotiate and agree on the division of spheres of influence, as in the current Karabakh war, when the Russian Federation was forced to come to an agreement with the Turks.

The West is fading away as Minsk Group members France and the United States have said little in the six weeks of conflict that ended in negotiations to which they were not even invited.

Turkey and Russia are demonstrating that they can interact in different parts of the world, in Karabakh, Libya, Syria and elsewhere, regardless of the West.
Reporterin Yandex News
Reporterin Yandex Zen
25 comments
Information
Dear reader, to leave comments on the publication, you must sign in.