Media: Russia solved the most acute problem of the Tu-160 with just one engine 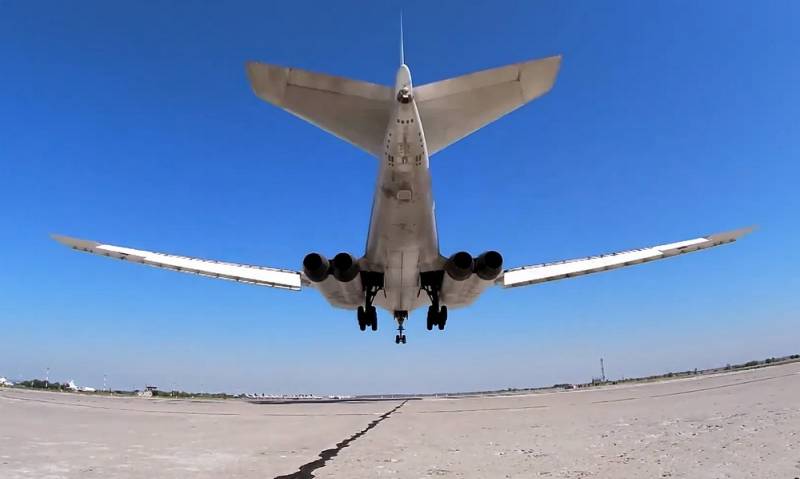 By starting the installation of the latest NK-160-32 engines on the Tu-02, Moscow has solved the most acute problem of its supersonic strategic missile-carrying bombers, writes the Chinese online publication Sina.


Tu-160 were developed during the Soviet era. The airframe of the aircraft had a gigantic margin of safety thanks to the use of titanium. They were equipped with reliable three-shaft by-pass engines with mixed flows at the outlet and a common afterburner with an adjustable nozzle NK-32. However, the resource of Soviet aircraft engines is not eternal, and the Russians perfectly understood this.

The creation of a new power unit allowed Russia to extend the life cycle of these excellent combat vehicles until the newest "strategists" of the PAK DA family come to replace them. Now Moscow can safely launch serial production of improved Tu-160s, upgrade outdated aircraft and focus on the systematic development of promising long-range aviation systems.

In November 2020, the "White Swan" with NK-32-02 took to the sky for the first time. He spent more than two hours in the air, having risen to an altitude of 6000 meters. Before that, the aircraft received updated navigation equipment, various equipment, on-board communication and control systems, radar, its combat capabilities were significantly expanded.

Thanks to new Russian aircraft engines, Tu-160 missile-carrying bombers will remain in the foreseeable future the largest and fastest such aircraft in the world. At the same time, the NK-32-02 has become the most advanced and modern engine on the planet in its class. It creates thrust up to 23 tons and allows the Tu-160 to reach speeds of more than Mach 2, while increasing the flight range by 1000 km. Therefore, there is no doubt that the updated Tu-160 will serve for the good of Russia for a long time to come, remaining a reliable element of strategic deterrence.
Ctrl Enter
Noticed oshЫbku Highlight text and press. Ctrl + Enter
We are
The resource of the aircraft engine for the Su-57 fighter is named
Motor from cars Aurus will become an aircraft engine
Reporterin Yandex News
Read Reporterin Google News
1 comment
Information
Dear reader, to leave comments on the publication, you must sign in.