Gold is exported from Russia in record volumes 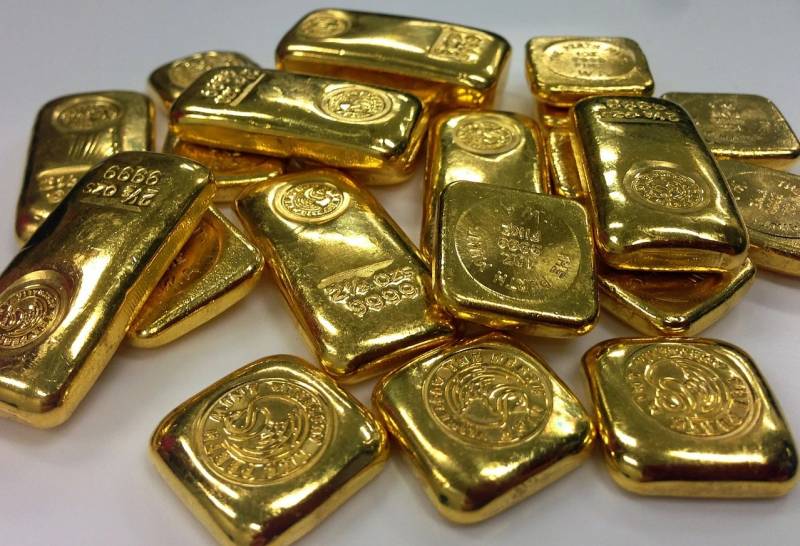 Russia has sharply increased the volume of export of gold abroad, trying to cover losses from a decrease in export earnings from the sale of oil and gas, which fell to a minimum over the past 16 years.

The export of Russian gold goes mainly to the UK - 53,9 tons of gold were sold there in September, which accounted for 98 percent of the total sales of the precious metal in the first month of autumn. About 200 kg were exported to Switzerland and about 800 kg to Kazakhstan. In just nine months of this year, 220,5 tons of gold were exported from the Russian Federation, the value of which is estimated at $ 12,5 billion.

In April 2020, the Central Bank suspended the purchase of gold to replenish its reserves, and the government gave permission to issue licenses to sell the precious metal abroad. Thus, at present, the sale of gold brings the budget up to one and a half billion dollars a month, which is comparable to the state's earnings from the sale of oil and gas, said Denis Poryvai, an analyst at Raiffeisenbank.
Ctrl Enter
Noticed oshЫbku Highlight text and press. Ctrl + Enter
We are
Russia for the first time in many years began to sell gold
Russian captain threatened to block the Bosphorus with an arrested bulk carrier
Reporterin Yandex News
Read Reporterin Google News
26 comments
Information
Dear reader, to leave comments on the publication, you must sign in.