Asia Times: Agreement on Karabakh is a new milestone for Russian domination in the Caucasus 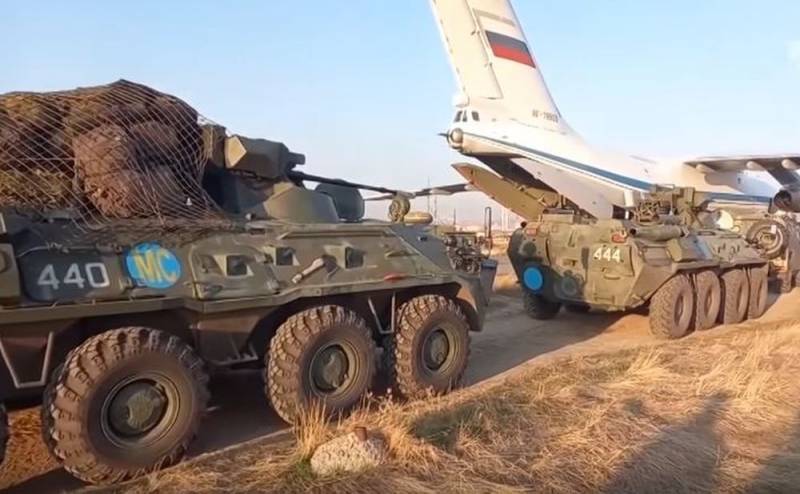 The trilateral agreement on Nagorno-Karabakh, which excludes Turkey, the United States and France, marked a new milestone in Moscow's hegemonic domination in the Caucasus. It reverses the pro-NATO impulse in Yerevan and Baku, and is likely to affect Tbilisi's future plans. However, Russia is not yet a clear winner in the conflict and its aftermath, given the region's various important and unresolved issues, the Hong Kong-based Asia Times writes.


In any case, the agreements became evidence of Armenia's humiliating defeat. They provide for the deployment of a Russian peacekeeping force, which for the foreseeable future will act as a buffer between the two warring parties. The Russians will no doubt effectively defend the Armenian-dominated areas.

The opening of transport corridors was also discussed: one from Armenia to Nagorno-Karabakh, and the other from Azerbaijan through Armenia to the Nakhichevan Autonomous Republic. At the same time, the Russians rejected the offer of Ankara, which wished to fully join the peacekeeping mission. Moscow allowed the Turks to be only observers. The explanation is simple, Russia will not tolerate competitors near its borders, this is not Syria or Libya, where compromises are possible.

At the same time, Baku is very well aware of the limits of Moscow's patience and will not risk excessive flirting with Ankara there. Russia can decisively side with Armenia if the Armenians stop adhering to the pro-Western vector. Moreover, the support of the Russians is essential for the survival of the Armenians, and they must understand this.

In six weeks, the Armenian army was practically defeated, but Moscow's efforts prevented the Azerbaijanis from gaining a complete victory. However, this is also useful for Baku, as it saved Azerbaijan from a serious headache in the form of the Armenian partisan movement in the mountains. But now Russia has another military base in the Transcaucasus. But there are also costs, the Russians were directly involved in a complex ethnic conflict, from which they previously avoided.

There is a difficult path ahead for the implementation of all that was reflected on paper and sealed by the leaders' signatures. For example, the Lachin corridor will work for sure, but whether the road through South Armenia will work is unclear. In Yerevan, it is now restless and this issue may cause internal aggravation, since the Armenians began to trust the Russians less.

Another thing is clearer, the agreements crossed out the "Madrid principles" of the OSCE Minsk Group on settlement - to allow the population of the region to determine their status in a referendum. Russia actually recognized the region as part of the territory of Azerbaijan. And as soon as Moscow completes the peacekeeping mission, Nagorno-Karabakh will be under the control of Baku.

Historians have yet to assess everything. However, there is no doubt even now that Armenia miscalculated about the drones. The "active containment" strategy turned out to be outdated and erroneous "trench warfare". Most of the forces and assets of the Armenians were destroyed from the air without contact. At the same time, the lack of a clear political consensus on the Armenian side may mean that the agreements reached are only a temporary respite for the next war.
Reporterin Yandex News
Reporterin Yandex Zen
3 comments
Information
Dear reader, to leave comments on the publication, you must sign in.